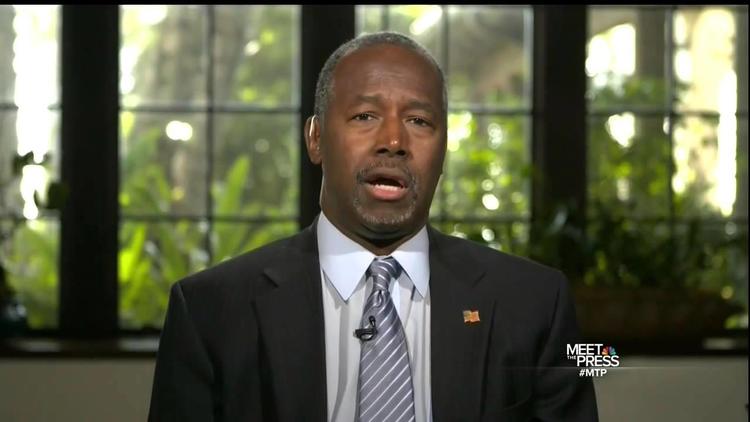 Last Friday, former Maryland Governor Martin O’Malley denounced the socially-corrosive evils of “Islamophobia and xenophobia” at a conference held by the Arab American Institute at the University of Michigan-Dearborn.

What should have been an unremarkable statement was made noteworthy because only a few presidential candidates have gone on the record to denounce Islamophobia while campaigning.

The only other presidential candidate to do so is Vermont Senator Bernie Sanders, when he Tweeted, “we must stand strong against anti-Muslim bigotry,” after the detention of 14-year-old Ahmed Mohamed for bringing a homemade clock to school.

On Wednesday, Sanders asked a Muslim George Mason University student to join him on stage during a town hall where he responded to her remarks about the personal impact that Islamophobia in the presidential election was having on her.

“If we stand for anything we have to stand together and end all forms of racism in this country,” Sanders said. “I will lead that effort as president.”

While Clinton has not directly condemned the rising tide of anti-Muslim bigotry, she recently released a campaign video showing her wearing a blue head scarf out of respect for local customs while on a diplomatic mission in Pakistan as secretary of state.

During his remarks, O’Malley decried that Muslim “houses of worship…have been denied permits, worshippers exiting the mosque in Phoenix (Arizona)…greeted with protesters carrying assault rifles.”

O’Malley also spoke out against the U.S. Islamophobia network, describing it as a “shadowy network of hateful” groups that are “scapegoating and marginalizing Arab and Muslim Americans.”

It is now common knowledge that to become president of the United States a candidate must earn the support of minority voters and unite the country around an inclusive platform.

As the Democratic presidential primary has narrowed down to Clinton, O’Malley and Sanders, the Muslim community and other minority voters will continue to watch and see whether or not these candidates are willing to stand up to Islamophobia and anti-immigrant and minority sentiment, and to embrace communities of color and their respective issues and votes.

American Muslims in particular are somewhat disappointed that only a handful of Republican presidential candidates have forcefully denounced Islamophobia from such a large and competitive field of contenders.

New Jersey Governor Chris Christie remains the GOP’s standard-bearer in speaking out against anti-Muslim bigotry within the Republican Party and conservative circles.

After Republican presidential front-runner Donald Trump recently failed to correct a man at a town hall meeting who said the U.S. has a “Muslim problem” and that President Obama is a Muslim and not an American citizen – Christie dismissed Trump’s mishandling of the question by stating:

“I’ll just tell you what I would do, and I wouldn’t have permitted that. If someone brought that up at a town hall meeting of mine, I would’ve said, ‘No, listen. Before we answer, let’s clear some things up for the rest of the audience. And I think you have an obligation as a leader to do that.”

Christie speaks from his own personal experience in pushing back against Islamophobia.

In 2011, when anti-Muslim activists attacked him with false allegations that he was promoting sharia (Islamic principles) for nominating a Muslim judge to the New Jersey Superior Court, he went on the offensive by saying that, “This Sharia law business is just crap. It’s just crazy, and I’m tired of dealing with the crazies.”

South Carolina Senator Lindsey Graham has also become one of the strongest Republican voices against Islamophobia in the GOP primary by Tweeting that Carson “is not ready to be Commander-in-Chief” in response to Carson’s opposition to an American Muslim president.

Graham went so far as to say Carson should also “apologize to American Muslims.”

In July, Graham also shot down an audience member at an Iowa campaign stop who proposed outlawing Islam in America, stating: “You know what, I’m not your candidate. I don’t want you to vote for me. I couldn’t disagree with you more.” He later added that, “I’m not buying into that construct. That’s not the America that I want to lead.”

Graham has not always been consistent in standing up to Islamophobia and has made his own fair share of questionable if not outright bigoted remarks.

In June, Graham opined that the white supremacist Charleston, S.C., church shooter displayed “Mideast hate.” In past remarks, he has also asserted that the common Islamic phrase “Allahu Akbar” (Arabic for ‘God is Greatest’) is a war chant and joked that everything that starts with ‘Al’ in the Middle East is bad news.”

Carly Fiorina said Carson was “wrong” to say he didn’t believe a Muslim should be president. She added: “You know, it says in our Constitution that religion cannot be a test for office. It is also true that this country was founded on the principle that we judge each individual and that anyone, of any faith, is welcome here.”

As executive director of the American Center for Law and Justice (ACLJ), Sekulow leads an organization that in 2011 published an anti-Muslim pamphlet titled “Shari’a Law: Radical Islam’s Threat to the U.S. Constitution,” which falsely claims that “devout Muslims cannot truthfully swear the oath to become citizens of the United States of America.”

Bush never responded to criticism about hiring Sekulow or about ACLJ’s history of anti-Muslim activism.

Islamophobia and anti-Muslim sentiment will continue to be a staple of U.S. elections for some time to come because weaker candidates seem willing to pander to the hateful margins of society in an effort to obtain media coverage, votes and contributions they would not otherwise receive.

Thankfully, the majority of our nation wants an end to bigotry, racism and hatred. Americans will continue to support leaders who are courageous enough to stand firmly against that small but loud minority of hatful voices seeking to separate us with fear of each other’s differences.

What Americans want most in a presidential candidate is the ability to show resolve in claiming a position and courageously defending it in the face of opposition. That includes speaking out against Islamophobia and anti-Muslim bigotry.

If recent history serves as a guide, the presidential candidate that shows the greatest moral backbone against hatred, no matter what the target, will become our nation’s next leader.