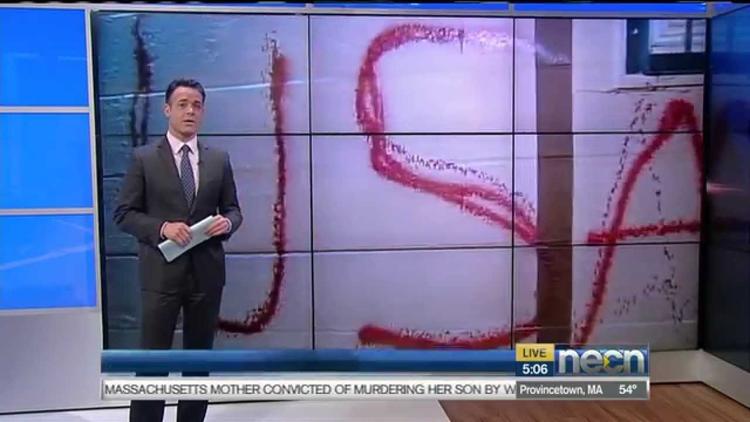 By Inas Younis/ John Esposito | (Interview of Esposito in OnIslam)

SALT LAKE – The Wall Street journal called Professor John L. Esposito “American’s foremost authority and interpreter of Islam.” With over 40 years devoted to the field of Islamic studies, Esposito is well known as one of the world’s most influential bridge builders of understanding between the East and the West.

In this interview, Professor Esposito talks to OnIslam.net about his new center, appropriately titled Bridges, the media and public perceptions, as well as the latest controversies surrounding Bill Carson’s recent comments.

You are one of the world’s leading experts on Christian-Muslim Relations, so what do you think is the greatest theological misconception that Christians have about Muslims?

Well, it depends on which Christians. Your really hard liners, Franklin Graham, would wind up saying things like, Islam is evil or they might say the God of Christianity is not the God of Islam. But you also get people who do not go out of their way to bring it up, but who, with an almost matter of fact presumption, believe that Islam is a particularly violent religion relative to other religions. It’s ironic because it’s almost as if they never bothered to read the Old Testament or looked at Christian history post Constantine, when Christianity became imperial.

What is the greatest theological misconception that Muslims have about Christianity?

That depends on the range of Muslims. From a theological point of view, there are some Muslims who just cannot get their head around the trinity. Even though Christians say that there is only one God. Also, for some Muslims there is also this excessive emphasis, in terms of memory on the crusaders.

A rational fear is the increasing and almost metastasizing with regard to the nature of extremism, the breadth of it, and also with regard to the increase in Islamophobia. And also the extent to which extremism is a significant factor in the potential breaking up of large areas in the Middle East. As well as how the governments, including but not just Iran and Syria, but now even some of the gulf states, each in their own way, are feeding and exacerbating a kind of Sunni-Shiite dimension, and also exacerbating confrontation and levels of violence.

When American Islamic Scholar and editor in chief of the Oxford Encyclopedia of Islam and Law, Jonathan Brown, was asked why moderate Muslims are not speaking out against extremism, his response was “What universe are you living on?” Many Muslims share his frustrations with this line of questioning and even non-Muslim, like yourself, who know the facts to be different than the perceptions. And yet this idea that we are not speaking out persists. Why do you think this is the case?

It persists for a variety of reasons. Well, first it persists because the media tends to not report this kind of thing. For example, post 9/11 you had almost immediately Muslims speaking out internationally. But that did not prevent Tom Friedman from saying on a number of times that Muslims don’t speak out.

The fact is there have been lots of statements by Muslims speaking out after 9/11. And certainly in regards to ISIL, they are increasingly speaking out. The reality is, the media chooses not to report. In my own speaking and writing, I point out one major study done by Media Tenor. Between 2001 and 2011, nine hundred and seventy five thousand pieces of media coverage were looked at and the results were just as you might expect. In 2001, two percent of media was covering extremism and only 0.1 percent was covering ordinary Muslims. You jump to 2011, the two percent jumps to 25 percent, but the coverage of ordinary Muslims remains at 0.1 percent. Well with that kind of gap.

Then you look at the last ten years, more important than the mass media is the role that social media has played. The amount of money that the Center for American Progress and also CAIR [the Council on American Islamic Relations] show in their studies of philanthropic support for Islamophobic authors and websites was found to be 42.6 million dollars. Over ten-year period and the other looked at three-year period and found something like 119 million dollars. When you get that kind of money being pumped into putting out negative messages, to which the average person is exposed to, then you get the perception that Muslims are not speaking out.

What gets buried here is the discussion of domestic terrorism with the concern about home grown Muslim terrorism, not to deny that there should be serious concerns and that there have been threats and actions that have taken place. But if you look at the recent FBI reports and you look at the Southern Poverty Law Center’s report of two years ago, both wind up identifying that the primary domestic terrorism threat of today is basically home grown anti-government movements, having nothing to do with Islam.

The president of the Southern Poverty Law Center just recently pointed out that they have grown incrementally since Obama’s election. And I think that this is a result of the racism and other things like the anti-immigrant wave. They also point out that there has been one major event done by these movements once every month in churches and schools. But those stories get passed over.

What is your response to those who have accused you of being an apologist for Islam?

I think that shows just how screwed up we are. When I first became an academic nobody cared. Muslims could not understand why I did it and neither could non-Muslims. Islam was not even on our map.

When you start calling people names then that is when you begin to see a shift. If you say someone is an apologist for Islam, it’s like somebody saying to a western scholar you are an Orientalist. They just use that sort of blanket blame. Actually that’s one of the better names I have been called. I have been called a stealth and so on.

Sadly, what it shows is that we have people who are undermining the very principles and values of our country, in terms of equal citizenship and equal rights, civil liberties and freedom of speech.

It’s getting increasingly difficult to say that there is a light at the end of the tunnel. Things are getting worse on a lot of the hard issues; the attitude towards immigrants in America and certainly the Islamophobia and even the growing anti-Semitism.

What is interesting is that things usually get worse when we invade a country and even more when we have elections. When you go back and look at the presidential elections of 2008 and 2012 and the congressional elections of 2010, and now the current elections, you see an uptick in issues and irrationality, whether it’s between the two candidates Trump and Carson. Or you see a spike in stats, for example of people who believe that Obama is a Muslim.

Collin Powell said it when Obama first ran, “so what if a president is a Muslim.” Then when Ben Carson, or whatever the heck his name is, doesn’t seem to have heard that. Carson’s refusal to step back from that, even when it was pointed out that this is in fact against the constitution, well that is an incredible comment on where we have come. And this is coming from a guy who is too bright to be stupid.

Can you comment on any future trends for Muslims everywhere?

The strength of the Islamaphobic forces, as well as those who are fellow travelers, and what I mean by travelers is that when you have Jihad Watch or others publishing stuff, it gets picked up in front pages everywhere. It gets picked up by other fellow travelers at times; by Pajama media, American Thinker, Family Security. And with all that going on with the Shawn Hannity’s and O’Reillys of the world, the risk is that things could get much worse.

So the bad news is that those who view Muslims favorably have dropped from 35 percent to 27 percent. The good news is that there is a critical mass of Americans who understand more about Islam and Muslims and see them as fully integrated into society, and I mean the very fabric of society. Also the Muslim community itself is getting stronger every day. But the forces, in terms of media, are still very disproportional.

John Esposito is University Professor, Professor of Religion and International Affairs and of Islamic Studies at Georgetown University, and Founding Director of the Alwaleed Center for Muslim-Christian Understanding in the Walsh School of Foreign Service.