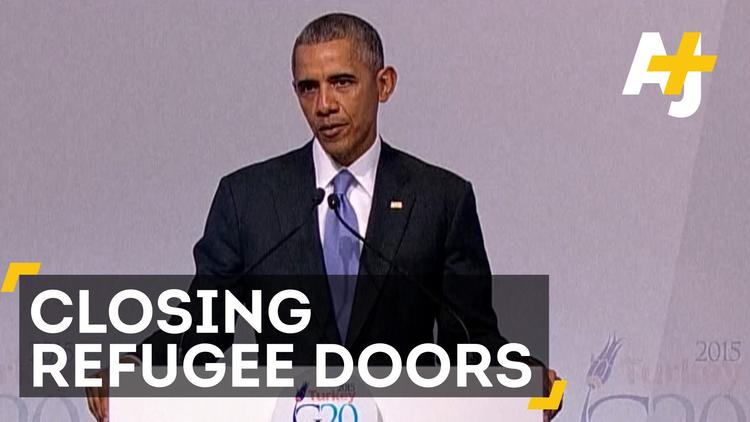 Some half of US governors have announced their opposition to their states taking in Syrian refugees after the Paris attacks. Although they can bother refugees, they can’t actually dictate to people who are here legally where they can live. But anyway, here are the reasons for which these announcements are a form of political hysteria and not grounded in any rational policy considerations:

1. The attackers in Paris were European nationals. The Syrian passport found near one of them was a fake. So are the governors opposed to Belgian immigration into the United States?

2. The attackers were not refugees. They were born in Europe. Refugees are poor and lacking in knowledge or resources about their new environment. The attackers knew exactly where everything was that they wanted to assault and were hooked in with arms smugglers and other hard-to-discover criminal networks.

3. There is no rational reason to bar Syrian refugees but accept refugees from other conflict areas. The US already admits 70,000 refugees every year, but only took in about 400 Syrians last year. Most refugees are fleeing conflict situations or oppressive governments, and if you wanted to be paranoid about them you could fear them all on the same grounds that the GOP fears Syrians. The US has accepted a former child soldier from the Congo (might have skills). In 2014 the US accepted 758 refugees from Afghanistan; how are they different from Syrian refugees? And here’s the kicker: the US accepted 19,651 refugees from Iraq last year! It is completely irrational to single out Syrians if you are going to take in Iraqis.

4.These refugees undergo at least 18 months of background checks, contrary to what Sen. Mario Rubio (whose parents were Cuban immigrants to the US) has alleged.

5. The Economist points out that since 2001, the US has admitted roughly 750,000 refugees and none, zero, nada have been accused of involvement in domestic terrorism aimed at the US homeland (2 Iraqis were accused of trying to help a terrorist organization back in Iraq).

6. The need is urgent. Of the some 22 million Syrians, a good half are homeless. About 7.5 million have been displaced within the country and some 4 million have been forced abroad. Little Jordan (pop. 6 million) has taken 800,000. Little Lebanon (pop. 4 million) has taken 1.2 million. Turkey (pop. 75 million) has taken 2 million. Sweden is accepting Syrian refugees without announcing limits. Germany is taking tens of thousands (though probably most of the refugees Chancellor Angela Merkel has accepted are not Syrians). Winter is arriving and the refugees have no proper shelter, clothing or nourishment. The US has to step up in the face of one of the world’s great humanitarian crises.

7. Syrian refugees are not guerrilla fighters or terrorists. They are fleeing the oppression of the Bashar al-Assad government or the brutality of Daesh (ISIS, ISIL) or al-Qaeda. The are the victims of America’s enemies.

8. The US owes these refugees. Without the US invasion of Iraq in 2003, there would have been no al-Qaeda in that part of the world, and no al-Qaeda offshoots like Daesh/ ISIL. Why do the governors (most of whom supported the invasion of Iraq) think the US can go around the world sowing instability and being responsible for creating the conditions that lead to millions of refugees but then can avoid the responsibility of ameliorating those broken lives?

9. Some US politicians, such as Ted Cruz, have spoken of taking in only Christian refugees. That step would be unconstitutional. But let’s remember that such a policy would have excluded Albert Einstein from coming to the US in 1933, after the Nazis seized his property in Germany. You wonder without such refugee intellectuals, would the US have fallen behind Nazi Germany on, e.g., constructing an atomic bomb?

10. Cruz’s call for Christian refugees to be given special privileges reminds us of the the racist Chinese Exclusion Act, which derived in part from Christian American dislike of those they called “heathens.” Religion is often an element in the construction of ethnicity, so the privileging of Christianity has a long history of being a stealth form of racism.

AJ+: “After Paris Attacks, Roughly Half of U.S. States Say No To Syrian Refugees”