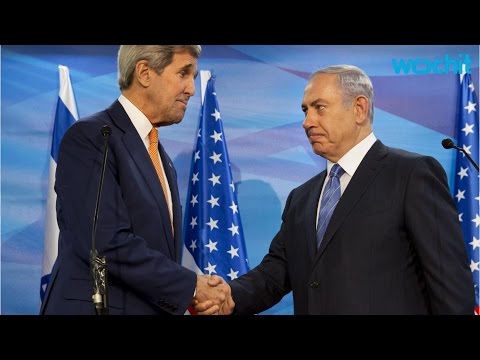 In a press conference this week, the Obama administration rejected Israel’s government request to recognize the construction of new [illegal] settlements in the occupied West Bank.

The issue over new Israeli illegal settlements emerged between Washington and Tel Aviv on Tuesday, according to the PNN, as US Secretary of State John Kerry met with the Israeli Prime Minister, Benjamin Netanyahu and with the Palestinian Authority President, Mahmoud Abbas, for the first time in more than a year.

During Kerry’s visit to Jerusalem, Israeli Prime Minister Benjamin Netanyahu reportedly demanded US recognition of major Israeli illegal settlement blocs in the occupied West Bank in exchange for steps to ease tensions with the Palestinians.

However, according to the Press TV, the US State Department quickly rejected any suggestion that Washington would change its longstanding opposition to settlements or recognize them as legitimate.

When asked by the reporters about it more than once, Toner categorically rejected the possibility of recognizing the illegal settlements saying: “It’s a big no.”

“The US government has never defended or supported Israeli settlements and activity associated with them, and, by extension, does not pursue policies that would legitimize them,” Toner added.

Despite rejecting the request to recognize the illegal settlements, while in Jerusalem last Tuesday, Kerry stated that “Israel has every right to defend itself from terrorist attacks”.

There were no signs that Kerry made any progress during his meetings with Netanyahu and Abbas.

Wochit News: “Kerry To ‘Calm Things Down’ In Israel”