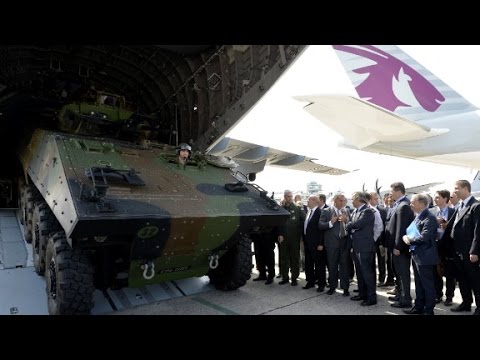 by DAVID SCHANZER for ISLAMiCommentary

Last night’s attacks will increase calls for more vigorous military action than the coalition has mustered to date. But despite the horrific attacks, the reasons against a large-scale land invasion by U.S. and NATO forces against ISIS in Iraq and Syria remain. Such an invasion will deepen the extremist narrative of clash of civilizations between the West and Muslims, will insert our militaries into a deep, nasty, and unwinnable civil war, and the invading force will eventually be responsible for reconstructing a semblance of order and governance in chaotic region infected with sectarian divisions.

We should remember that ISIS desperately wants to satisfy its blood lust fighting against Americans on its home turf. However, when ISIS is committing atrocities against or being attacked by other Muslims it has a much harder time explaining how it is advancing the cause of Muslims or representing Islam in any comprehensible way.

As unsatisfying as it is, the basic contours of the current strategy are right. We will just need to do more and with a greater sense of urgency: Keep encouraging and supporting those local forces willing to fight, conduct airstrikes against as many ISIS targets as can be found, and maintain pressure against both ISIS and the Assad regime to force a political settlement in Syria.

ISIS will remain a formidable force until a political settlement takes the steam out of the complex, sectarian, multi-party conflict in Syria.

David H. Schanzer is an Associate Professor of the Practice at the Duke Sanford School of Public Policy and the Director of the Triangle Center on Terrorism and Homeland Security. He teaches courses on counterterrorism strategy, counterterrorism law and homeland security at Duke. Prior to his academic appointments, he was the Democratic staff director for the House of Representatives Committee on Homeland Security from 2003 to 2005. Schanzer is also a regular contributor to ISLAMiCommentary.