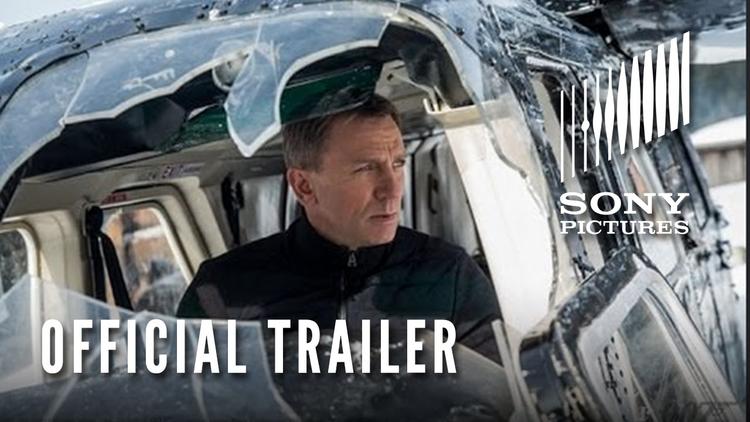 The latest entry in the Daniel Craig reboot of the James Bond film franchise, Spectre , turns Bond into more muscular version of Edward Snowden, as he takes down a vast 9-nation attempt at electronic surveillance and information-sharing that would also benefit a criminal cartel.

Tooling around the reviews, it strikes me as remarkable that this theme seems to be being ignored. In part, reviewers may not wish to mix their entertainment with politics. But the Bond series has always been political. I argued that the second film in the Daniel Craig Quartet, “Quantum of Solace” (2008), turned Bond into a defender of the left-leaning, pro-peasant government of Evo Morales in Bolivia, as a reaction against Bush-Cheney neo-imperialism. Producer Michael G. Wilson was responsible at least in part for that Leftist Bond. From a show business family and the step-son of long-time Bond series producer Albert Broccoli, Wilson did a law degree at Stanford in the 1960s and was at a firm specializing in international law. As with “Quantum,” concern for law and the rights of ordinary citizens is at the heart of “Spectre.”

In the terms of the intelligence world, “Spectre” is an argument between old-fashioned human intelligence (Humintel) and signals intelligence (SIGINT). The script imagines an expansion of the “Five Eyes” intelligence-sharing program of the US, Britain, Canada, Australia and New Zealand to “Nine Eyes,” adding in countries such as China and South Africa. This expansion is spearheaded by a mole within MI6, “C” (Andrew Scott), though it seems clear that “C” is a stand-in for the UK Government Communications Headquarters (GCHQ). Although the US National Security Agency became notorious for its lawlessness and massive reach after the Snowden revelations, GCHQ is even more unconstrained. Because internet communications bounce around the world before arriving at the recipient, many are routed through undersea cables across the Atlantic. These cables come up out of the water on the west coast of Britain, and GCHQ has put sniffers on them, scooping up petabytes of our information and data-mining it.

The government of David Cameron, and especially the crypto-fascist Home Minister Theresa May, have long engaged in massive domestic surveillance and now intend to implement the bulk collection and storage of information on all the websites a Briton visits. In addition, Cameron wants to outlaw consumer encryption of the sort Apple is now increasingly offering its customers (Apple can’t turn over information to the FBI or NSA because even it doesn’t have the encryption keys). It seems a little unlikely that any such encryption ban is possible.

But building back doors into our electronic communications is an invitation to hackers to steal our private information, and, indeed, the likelihood is that the troves of sensitive personal information being collected by Cameron and May will be hacked. (You can tell from the websites a person visits what diseases they have, what vices they have, how they invest, etc., etc.)

And, indeed, that is the plot of “Spectre.” SPECTRE’s leader, Ernst Stavro Blofeld a.k.a. Franz Oberhauser (Christoph Waltz) is behind the consolidation of the world’s major SIGINT databases, into which SPECTRE has built back doors, so that all the fruits of this domestic spying will flow directly to the criminal organization for purposes of blackmail, identity theft and other lucrative criminal enterprises. Of course, you could also control a lot of politicians with such information (about their vices e.g.).

One problem for the Bond franchise is keeping up with our complex and changing world. Born in the Cold War era of Anglo-American competition with the old Soviet Union, and originally written by a former WW II British intelligence officer, the novels grappled with what now seem like quaint issues in individualism versus the Corporate Man and the ethical conundrum of assassination for the greater good. Bond villains were always monsters, psychologically malformed, and so a bit comic-book in their motivations to elaborate pieces of sadism– sort of serial killers writ large. They were often rich mavericks. Initially agents of Soviet counter-intelligence, SMERSH, Fleming and the films gradually made them actors in their own right. Although Bond fought for capitalism, it was for the managed capitalism influenced by Labour reforms, with its social safety net and the high taxes on the wealthy that turned some British celebrities into expatriates. The figure of the unaccountable, filthy rich multi-millionaire with his own island, who declined to help fund the National Health Service (NHS), was sinister.

The privatization of Bond’s antagonists was exemplified by SPECTRE, the organization Fleming created in the late 1950s because he thought the Cold War might be winding down and he wanted a more neutral antagonist. (I’ve long wondered if the growing international market for the novels and films influenced this decision to take the spotlight off the Soviet Union as villain– many audiences in the Third World were left-leaning then and would have been put off by a capitalist caricature of the Kremlin).

Nowadays, the typical Bond villain is running for president in the US or buying the less well-heeled candidates. The social safety net is becoming frayed (what with massive tuition increases for students and attempts to gut the NHS). Assassination, once illegal in the US (which is what made Bond salacious in an American setting), has now been industrialized through drones. Indeed, “C” suggests that Bond has been replaced by drones. While all assassination may be equal, Fleming’s Bond did not typically produce “collateral damage” or innocent deaths, as drones typically do, and he could be sure of his antagonist’s identity and villainy in a way many drone pilots cannot.

The ability to opt out of being a Corporate Man and go cowboy is increasingly limited, what with both intelligence services and our apps spying on us. Protesters against the Keystone XL were surveilled as though domestic terrorists by the FBI, and CIA whistle blowers who revealed torture programs are jailed while the torturers are not. Edward Snowden would have been locked up and tried in secret and then the key would have been thrown away if he had not managed to escape to Russia. Any actual MI6 or CIA field officer who behaved as Bond does in this film would be more likely to end up at Gitmo than return to his sparely furnished London apartment.

We live in a world where men of principle such as Cmdr. Bond can barely stay in a Western intelligence agency, given their betrayal of democracy and basic judicial principle. In this film, Bond is acting largely as a free agent. But even he is under intense surveillance.

At one point in the film, Bond calls Eve Moneypenny (Naomie Harris), the personal secretary of MI6 head “M” or Sir Gareth Mallory (Ralph Fiennes). The call is intercepted by GCHQ. M complains to C about this, “You’re spying on MI6 agents?” C replies “We’re spying on everyone.” That’s what the film is really about.