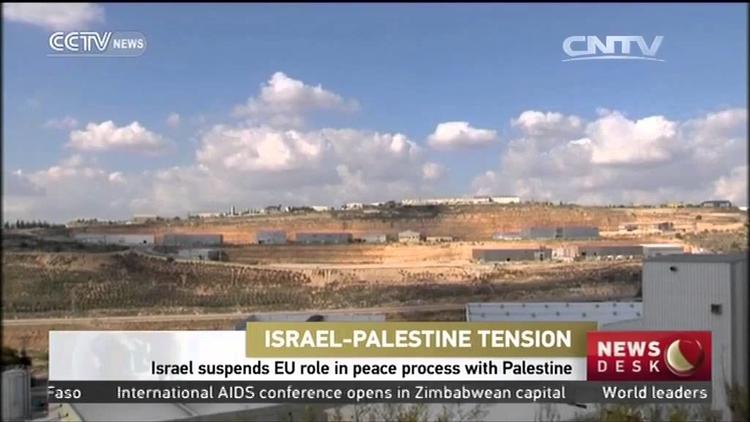 The Israeli foreign ministry said in a statement that Israeli Prime Minister Benjamin Netanyahu ordered the suspension of contacts while the ministry “reassesses” the involvement of EU bodies in the peace process.

“Until completion of the reassessment, the prime minister has ordered a suspension of diplomatic contacts with EU bodies and their representatives in this matter,” the statement said.

It noted that diplomatic relations with individual countries in the European Union — specifically naming Germany, Britain and France — would be unaffected by the decision.

It was not initially clear which EU bodies the decision would affect, although a ministry official told Reuters that Israel would cease assisting EU sponsored projects intended for the Palestinians.

The statement specified that the decision was due to the EU adopting measures to label goods produced in Israel’s settlements.

The EU announced the measures on Nov. 11, saying that they accorded with pre-existing EU legislation. The measures ensured that settlement goods could no longer be labeled: “Made in Israel.”

“Since the Golan Heights and the West Bank, including East Jerusalem, are not part of the Israeli territory according to international law, the indication ‘product from Israel’ is considered to be incorrect and misleading in the sense of the referenced legislation,” the EU said at the time.

The EU added that “the indication of origin will give consumers the possibility to make an informed choice,” although it stressed that the regulations were not aimed at a boycott of Israeli exports from the settlements.

The Israeli Foreign Ministry immediately summoned the EU Ambassador to Israel, Lars Faaborg-Andersen, to be reprimanded following the move, calling it a “exceptional and discriminatory step inspired by the boycott movement.”

Israeli settlements on occupied Palestinian land — which house nearly 600,000 Israelis — have long been considered one of the major obstacles to a comprehensive peace agreement between Israel and Palestine.