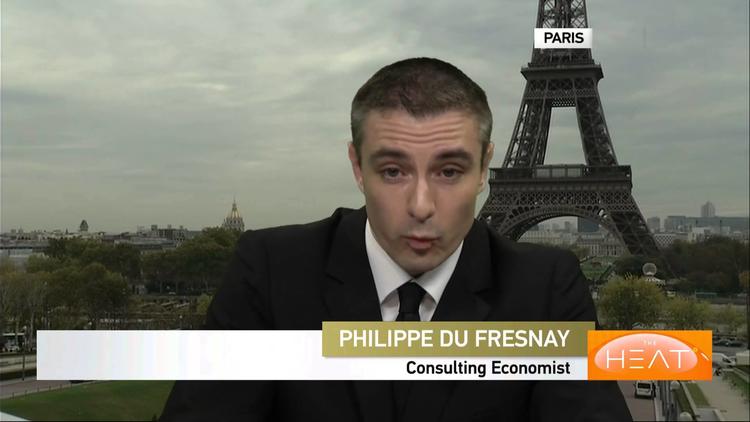 UNITED NATIONS (IPS) – In 2014, the number of lives lost to terrorism around the world increased by 80 percent, the highest level ever. The majority of such terrorist activity occurred in the largest refugee-producing nations, a Global Terrorism Index (GTI) showed.

The GTI, developed by the Institute for Economics and Peace (IEP), comprehensively studies the patterns and impacts of terrorism globally.

The 2015 GTI, released on 17 Nov, has recorded the rise in terrorism, with a nine-fold increase in terrorism-related deaths since 2000. In total, 32,658 people were killed in terrorist attacks in 67 countries in 2014.

Even in the wake of the 13 Nov Paris attacks, the majority of terrorism-related deaths do not occur in the West. Most of these deaths, over 78 percent, transpired in just five countries: Iraq, Nigeria, Afghanistan, Pakistan and Syria.

In Nigeria alone, deaths by terrorism increased over 300 percent to 7,512, the largest increase ever recorded by any country. This has allowed Boko Haram to surpass the Islamic State in Iraq and the Levant (ISIL) to become the deadliest terrorist group in the world. The index also highlighted the link between countries with terrorist activity and levels of internally displaced people (IDPs) and refugees.

“Ten of the eleven countries most affected by terrorism also have the highest rates of refugees and internal displacement,” said IEP Executive Chairman Steve Killelea. “This highlights the strong inter-connectedness between the current refugee crisis, terrorism and conflict,” he continued.

From just the five countries with the highest levels of terrorism, there were over 16 million refugees and IDPs in 2014. This includes Syria which has seen a surge in terrorism and conflict since 2011, displacing and forcing millions to escape.

There are currently over seven million IDPs and four million refugees from Syria. Syrians also constitute the majority of asylum applicants in the European Union (EU).

In response to Hungary’s border closure and violent reaction to refugees, Amnesty International’s (AI) Deputy Director for Europe Gauri van Gulik stated: “For refugees fleeing from terrifying conflict zones to be met by such an intimidating show of militarized force is shocking, and a woefully irresponsible response to people already traumatized by war and brutality.”

Most recently, Turkey has closed its borders to Syrian asylum seekers, pushing them back into the war-torn country. Human Rights Watch (HRW) reported that in some cases, Turkish border guards beat refugees before expelling them.

“The sheer exhaustion and desperation Syrian families go through after fleeing for their lives and literally scrambling their way to safety through the night across the Turkish border is written all over their faces,” said HRW’s Senior Refugee Researcher Gerry Simpson. “Turkey should not be putting people escaping war through such hardship,” he continued.

Secretary-General Ban Ki-moon also expressed similar concerns over the anti-refugee responses, stating that profiling asylum seekers on the basis of their nationality, collective expulsion and refoulement infringes on human rights and are prohibited under international law.

In the 2015 GTI, Khalid Koser and Amy Cunningham from the Global Community Engagement and Resilience Fund (GCERF) called for the rehabilitation of returning European foreign terrorist fighters and the sustainable integration of asylum seekers and refugees to deter the fueling of terrorism.

However, to tackle terrorism successfully, the underlying drivers of extremism must be addressed, the study underscored.

Senior Programme Advisor and Senior Fellow at the Geneva Centre for Security Policy (GCSP) Christina Schori Liang also cautioned against the use of air strikes in defeating terrorist groups such as ISIL. In the GTI, she noted that air campaigns have contributed to civilian causalities and thus increased recruitment of fighters.

On 20 Nov, the Security Council stated that ISIL “constitutes a global and unprecedented threat to international peace and security” and voted to take “all necessary measures” against the group. France’s parliament has since voted to extend air strikes in the country.