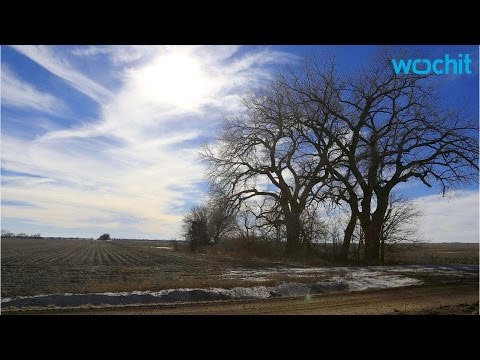 Last winter at The Conversation Peter Erickson and Michael Lazarus of the Stockholm Environment Institute took their cue from President Obama and researched how much extra C02 would be emitted if Keystone XL were built. They concluded it could be 40 to 140 million tons annually, far beyond the State Department estimate. The higher range here would be half the annual emissions of the whole country of Poland. Obama had said it should not be built if it substantially increased emissions – JC

How should we calculate the CO2 impact of the Keystone pipeline proposal?

The Keystone XL pipeline, intended to carry crude oil from Canada to the Gulf of Mexico, presents the most hotly debated infrastructure decision in recent US history.

Much of the discussion has focused on the immediate direct impacts. The pipeline would create jobs, at least in the short term. It would provide a nearby source of oil – at least to the extent it’s refined locally. It could also affect local habitats and communities.

President Obama, who holds the ultimate decision (current legislative action notwithstanding), has offered another yardstick: the pipeline would need to be “on net, something that doesn’t increase climate change” and that does not “significantly exacerbate the problem of carbon pollution.”

How should one measure that? There are many ways the pipeline might contribute (or even reduce) carbon pollution, or carbon dioxide emissions.

There are the direct, immediate, impacts, such as how many tons of CO2 are released in building the thing. But there are other, less-immediate effects, too, related to the pipeline doing its job in the long term – its job being to move about 830,000 barrels of crude oil every day to markets more cheaply, and more reliably, than would other routes.

And then there are the impacts its installation would have long after the current battles have faded. Would the pipeline (or the high-profile decision about it) lead to or enable broader changes in the economy, and in oil use?

KXL makes an interesting place to start, given the recent debate and Obama’s statements. We mapped out what the various CO2 impacts might be, from extracting and processing oil sands, to constructing and operating the pipeline, as well as any end market effects on overall oil consumption (for which we used a simple, and common, economic model).

Our research, published in a Nature Climate Change paper last year, found that KXL’s biggest impact likely hinges on whether it enables the Canadian oil sands to expand faster than they otherwise would and, in turn, whether more oil ends up flowing to global oil markets, and being consumed, than otherwise would.

Investment in infrastructure to transport fossil fuels can especially affect markets where there are bottlenecks or supply constraints. For example, absent expanded coal terminals along the North American west coast, vast coal deposits in Wyoming could be largely landlocked and shut off from global markets. Or in this case, without a reliable way to reach global markets, production of crude oil from the oil sands deep in Canada would be limited.

Obama’s remarks at George Washington University in December suggest he’s thinking about this too:

“This is Canadian oil passing through the United States to be sold on the world market…We’ve got to measure [the pipeline’s benefit] against whether or not it’s going to contribute to an overall warming of the planet.”

The debate over whether Keystone may enable expanded oil sands expansion has been brought into an even sharper light by the drop in oil prices in recent months. It’s a development that, on balance, would seem to increase the likelihood that KXL will increase and hasten oil sands flows, since building KXL would lock in a low-cost route to market that may not be otherwise available. Even the US State Department acknowledged that at lower prices (between $65 and $75/barrel), KXL could expand oil sands production by as much as its full capacity. This cost range may have since shifted due to other economic factors (e.g., exchange rates), yet it is the long-term price expectations that matter most.

To date, this kind of global market analysis has rarely been conducted for large infrastructure investments. However, that could soon change.

Draft guidance from the White House Council on Environmental Quality in late 2014, for example, makes it clear that greenhouse gas analysis of federal actions should include “downstream” emissions associated with combustion of new fossil fuel supplies enabled by the action,” and that it is not acceptable to take a “fatalist” approach that assumes the same amount will be consumed no matter what the government does.