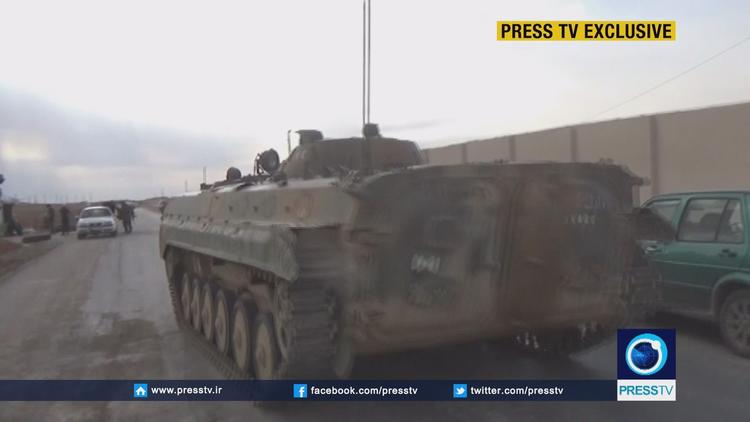 The extensive Russian bombing campaign in support of the Syrian Arab Army of the Bashar al-Assad regime has yielded fewer victories than Moscow had hoped, and some of them have been reversed by al-Qaeda, ISIL or other fighters. But on Wednesday it was reported that the SAA made a strategic breakthrough when it wrested back control from Daesh (ISIS, ISIL) of an important route allowing resupply of regime-controlled western Aleppo and linking it to the cities of Hama and Homs to the south. Daesh took control of villages overlooking the road in early October and cut the regime-held half of Syria’s largest city off from resupply. The army took Khanaser and Ithriya, the towns through which the road went.

Before the war, Aleppo was a city of 4 million, leading journalists to say that the regime-held west has a population of 2 million. But many people have left the city, which has been divided between the SAA and rebels for years. East Aleppo is held by a patchwork of rebel movements. Some of it is held by the Army of Conquest, a Salafi hard line coalition that includes al-Qaeda. But other neighborhoods in the east are held by local militias or units of the Muslim Brotherhood.

The leftist Lebanese newspaper al-Safir reports that the army is attempting to open the road completely and to control about 7 miles on either side of it, and that a bomb defusing unit is removing dozens of roadside bombs left behind by Daesh.

Meantime, a food convoy is making its way to West Aleppo, after 13 days of siege by Daesh. As a result, prices in the enclave abruptly fell substantially. It is also expected that electricity will be restored (West Aleppo has been dark for the two weeks of the siege). Likewise, water service has been interrupted and will be restored.

The army now aims to relieve the military airport at Kaweiris in the north of Aleppo, having destroyed Daesh fortifications in the village of Shaikh Ahmad less than two miles from the airport, which has been surrounded for 3 years. They also have their eye on the village of al-Hadir, the gate to Aleppo.

Daesh launched a fierce attack on the pivotal village of Shaikh Hilal in the outskirts of Hama, with the battle ongoing.

At the same time, the Syrian Arab Army has surrounded the district of al-Waar in Homs (south of Hama), the last part of that city still to be in the hands of rebel fighters. A UN delegation visited the district on Wednesday, and were thought to be negotiating the exit from the quarter of rebel fighters there. The regime was able to put pressure on al-Waar because of its successes in retaking surrounding villages. Before the war, Homs was a city of about a million. Most of it is now in regime control, but reconquering it with tanks and artillery turned much of it into rubble.

The remaining rebel corridor north of Homs consists of three villages through which arms and ammunition come down from Turkey via Idlib Province, and it is being disrupted by an internecine battle for control of these villages between al-Qaeda in Syria (the Support Front) and a local militia, Bayada Matyrs. Al-Qaeda accuses BM of having pledged allegiance to Daesh, though the militia denies it. But other groups also accuse it of being Daesh.

The relief of West Aleppo is an important development. If the SAA (with its Iranian and Russian allies) can keep this supply route open,