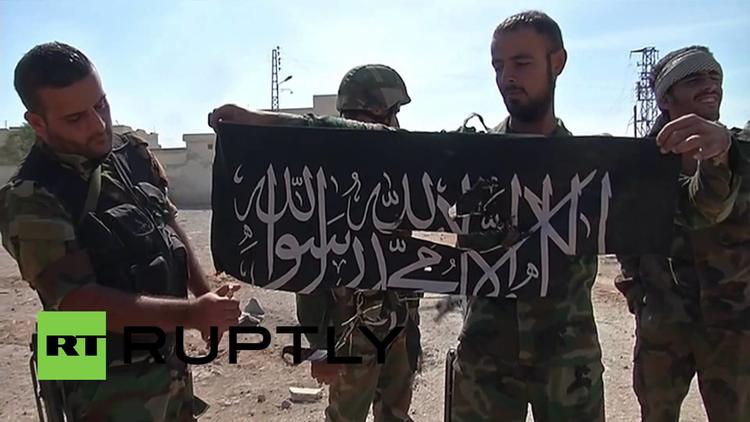 al-Hayat [Life] reports that on Sunday, al-Qaeda leader Ayman al-Zawahiri, called for unity between al-Qaeda and Daesh (ISIS, ISIL) in the face of American, Russian and Shiite forces in Syria.

Al-Zawahiri, a mastermind of the September 11 attacks on the US, succeeded Usama Bin Laden when the latter was killed by US troops in May of 2011. 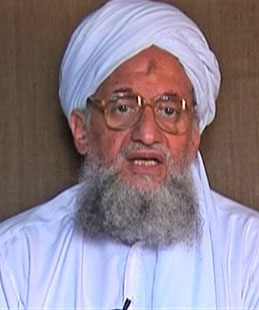 Al-Zawahiri in his audiotape called for greater unity among Muslim militants in the face of “Russo-American aggression” against Syria and Iraq. He said, “The Americans, Russia, the Iranians, the Alawites and Hizbullah are coordinating their war against us. Are we incapable of halting the fighting among us so that we can direct all of our efforts against them?”

In this recording the al-Qaeda leader appears to have changed his line on Daesh. In a September recording he had refused to recognize the legitimacy of the organization or its leader, self-proclaimed “caliph” Abu Bakr al-Baghdadi. He did say that if he were fighting on the ground in Iraq or Syria, he’d be inclined to cooperate with it.

Al-Zawahiri is the one who ordered the split between his al-Qaeda affiliate in Syria and Daesh. Daesh began as al-Qaeda in Mesopotamia and its then leader Abu Musab al-Zarqawi had pledged allegiance to Usama Bin Laden. But after the civil war began in Syria, the Support Front (Jabhat al-Nusra, the al-Qaeda affiliate) and Daesh began disagreeing. Daesh tactics are to avoid as much as possible fighting the army of Bashar al-Assad in Syria, and instead to watch while other rebel groups take territory away from the regime, and then swoop in and grab that liberated territory from its putative allies.

Daesh’s pattern of opportunistically preying on its colleagues caused al-Zawahiri to toss it out of al-Qaeda.

The Support Front or al-Qaeda in Syria holds the Golan Heights on the Syrian side, as well as a big swathe of territory in Idlib Province. It has made a shaky coalition with the Freemen of Syria (Ahrar al-Sham), a Saudi-backed Salafi extremist group, as well as with a group of Muslim Brotherhood militias and and smaller Salafi groups. One of the Salafi groups, Jund al-Aqsa, is also said to have pledged allegiance to al-Qaeda. The coalition is known as the Army of Conquest.

[In the above map, Daesh territory is grey and Jabhat al-Nusra/ al-Qaeda is brown or (with regard to its Army of Conquest coalition, yellow). The al-Qaeda territory in Idlib north of Hama is hard to see for all the Russian bombing.]

The AoC refuses to cooperate with Daesh and has sometimes attacked it effectively. With Saudi and, it is said, Turkish backing, the Army of Conquest has proved the most successful militia besides Daesh itself. Last spring it took Idlib City, the capital of the key northern province of the same name. However, it is widely recognized that the Support Front, i.e. al-Qaeda, is the best set of fighters within the coalition. Jund al-Aqsa itself may have withdrawn from the coalition recently, and there are rumors of al-Qaeda dissatisfaction with the allegedly lax interpretation of Islam of its Salafi allies (!)

What al-Zawahiri is proposing, and this is clearly driven by the Russian intervention, is to lift his anathema against Daesh and have his al-Qaeda minions again cooperate closely with it.

If the Support Front (Nusra) listens to him and again begins cooperating with Daesh, that step will provoke a crisis within the Army of Conquest. The latter refuses to coordinate with Daesh, and I am hoping, at least, that even hard line Salafis such as the Freemen of Syria will continue to honor this red line (likely imposed on them by their Saudi/Turkish sponsors).

A new al-Qaeda-Daesh front would also make things more complicated for the CIA, which seems to be supporting hard line groups such as the Army of Conquest, despite it containing at least one and possibly two al-Qaeda affiliates (shades of Afghanistan in the 1980s!).