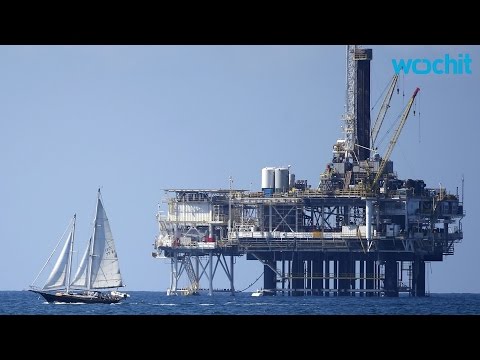 The price of petroleum fell Monday to levels not seen since the crash of 2008, at one point hitting $35 a barrel in New York.

There is every reason to expect prices to remain low for a few years, and they could easily go lower as Iranian crude comes back on the market with the end of UN sanctions early next year.

One question here is whether low gasoline prices help the Democratic nominee?

I say they do, significantly. People know how much it takes to fill up, and having that sum steadily fall makes them happy. All kinds of commodities are trucked around in the US, so even soup cans get less expensive when gasoline is cheap. For the millions of Americans living on the edge, lower gasoline prices are an immediate salary pay-raise.

The press often obsesses about identity politics in national elections. But Obama wasn’t elected in 2008 because of race, but because people trusted him with the economy (McCain just seemed flighty and flaky on that issue, and came to Detroit and told us we’d just have to say goodbye to the auto industry. Romney tried the same tactic).

The GOP has been unable to attract Latino votes in sufficient numbers since W. left office, and they have liabilities with regard to women, youth, Asians, gays, and the non-religious, as well. They might be able to overcome these deficits, who knows? But it would certainly help them if the economy turned down so that people began associating a Democratic presidency with bad economic times. Obama has benefited from presiding over the creation of millions of jobs, having halted the plunge of the economy off the cliff in the six months before he took office.

Instead, the plunge in gasoline prices is likely a magnificent gift to the Democratic standard-bearer.

High petroleum prices have been bad for the incumbent party in the past. Prices rose four times over in the 1970s, contributing to the unpopularity of Nixon, Ford, and Carter.

In the 1980s through 1986 the price fell precipitously (Europe cut back use by 30% through increased efficiency), to less than $10 / barrel. Reagan’s presidency is remembered as a golden age in part because Americans depend heavily on automobiles and trucks, and low gas prices immediately translate into more money in the pockets of commuters and consumers.

But George H. W. Bush’s Gulf War caused a massive spike in petroleum prices, which may have contributed to a public perception of a deeper and longer recession than economists could find evidence for, and so helped Bill Clinton defeat him.

Prices declined through 1996, again helping create an image of good economic times under Clinton, but were rising again as Gore campaigned in 2000 (the made-up Lewinsky “scandal” may also have hurt the Dems in 2000).

Oil prices did not enter into the 2008 contest because the collapse of the economy under W. was rather a more pressing issue. You don’t have to worry about the price of gas if you have no job to commute to. Likewise, the recovery of petroleum princes 2009-2012 probably was not so relevant to the Obama-Romney match-up because the much bigger story was the recovery from the Bush Little Depression.

Oil prices depend on supply and demand. There is an odd nationalist tendency in American journalism to play up increases in supply because of American hydraulic fracturing (fracking). Or maybe the journalists are just swallowing the line of the fracking boosters (who are always looking for positive news stories that will attract venture capital).

The big story here is the massive slowdown in Chinese economic growth, which means that it is not increasing the rate at which it uses petroleum the way it had been in the past two decades. This slowdown (and the slowdown of other Asian economies dependent on China) has removed the steady upward pressure on prices and reduced speculation (always a significant portion of oil futures prices). In my view the big story is not fracking but slowdown in Asian demand. The US fracked fields appear to be shallow and likely would have been milked dry by 2022 if the low oil prices weren’t anyway driving the frackers out of business. I doubt very many of them can afford to produce at $35 a barrel, and in fact drills are closing regularly.

US fracked petroleum is a minor part of the 93 million barrels a day pumped in the world, and for the most part it is only replacing the oil taken off the market by Middle East instability and punitive US sanctions. Libya used to do 1.7 million barrels a day, but that has dwindled into almost nothing. Syria used to do 400,000 barrels a day, and now it is a few tens of thousands of barrels. South Sudan’s production fell from by a third from 240,000 b/d because of its violence and disputes with Khartoum.. Iran went from exporting 2.5 mn. b/d to 1.5 mn. b/d because of US sanctions. So when demand remained stable or grew before 2014, the US fracked petroleum did not reduce the price, since it only replaced what was lost in the Middle East.

But now that China is “only” growing 6% or 7% a year instead of 10%/ yr., and given that the lost Middle East production was replaced by fracking and other fields, there is a lot of petroleum on the market and it is driving down prices. It may be a few years before world demand revs up so much that it drives prices up again, especially with Iran likely to put an extra million barrels a day on the market in coming years. Moreover, the Organization of Oil Exporting Countries (OPEC) has decided to allow prices to fall so as to retain market share and drive the frackers out of business.

It may be that Saudi Arabia and other OPEC heavyweights have decided that they only have 15 or 20 years before petroleum is outlawed because of its massive environmental harm, and they just want to sell as much as they can while they still are allowed to. (It would only take one fair-sized glacier to plop into the ocean to put up sea levels noticeably and all at once, creating visible crises in places like Miami and Bangladesh, and forcing the politicians to move against fossil fuels).

So, if OPEC won’t cut back, and Iran is hellbent to pump more, and China doesn’t heat back up, then we have low prices for a few years. And especially, we have them in the presidential year of 2016. Gasoline prices won’t make or break the election, but low prices at the pump help the incumbent party and help the economy, making implausible to the public the GOP argument that the country is hurting hard. (Some people are hurting, and so may hear that message, but most people will see a rise in their disposable income in the coming year).

I hear champagne bottles being uncorked over at the DNC.