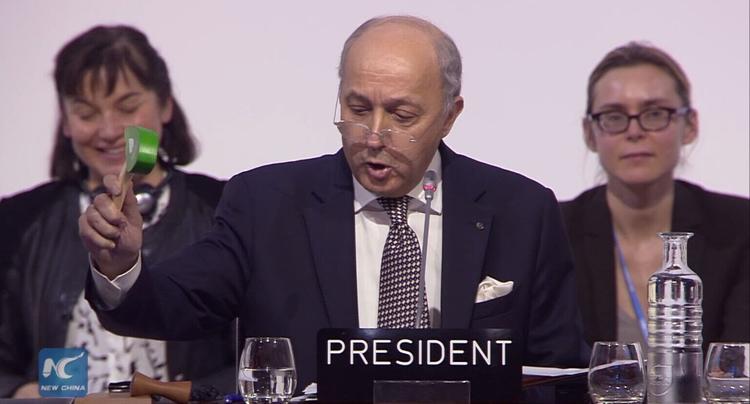 The climate pact forged at Paris lacks real teeth and so in and of itself will not solve our carbon dioxide and methane problem. But it is still important, as a clear signal of a sea change in world public opinion. You can’t address a problem unless you recognize it exists.

The argument for moral suasion in international affairs should not be discounted. The UN Universal Declaration of Human Rights of 1948 began as no more that a set of aspirations for human dignity. But it has been incorporated into international treaties and instruments, and is the background for the establishment of the International Criminal Court, which has prosecuted war criminals such as Chad’s Hissen Habre. Many of its principles have also been incorporated into European Union human rights law. It has had a steady practical effect over the decades on positive law, despite starting as ideal law.

That is the way COP21 will work. The United Nations needs now to establish by treaty an International Climate Court where torts can be decided.

Likewise, climate wrongs need to be incorporated at the World Trade Organization. If dumping or unfair tariffs are not allowed, then burning coal should not be allowed. The harm of it affects other countries’ economies negatively.

Of course, pollution is its own punishment. The Chinese Communist Party is now the leading practical proponent of wind, solar and nuclear energy to replace coal. One of the reasons is that the air of Beijing and Shanghai is virtually unbreathable and there is starting to be urban unrest over this issue. That China is doing something so massive with regard to going green will have an effect throughout the world. Some solar panel industries are going to become the standard, moreover, and if they are Chinese rather than American then that market share will go China; that too will have a powerful effect.

One of the founders of modern climate science, James Hansen, has called COP21 a “fraud” because of the lack of teeth. He wants a fee assessed on all burning of fossil fuels, to make them clearly more expensive than renewables.

Such a fee is an excellent idea, but the US Congress won’t enact it and likely neither will the Russian parliament.

The more likely salvation will come from technological innovation such that renewables fall in price so low that even with installation and new-grid costs they are cheaper than continuing with coal. Solar panels have fallen incredibly in price in the past 3 years, and there is no reason to think that won’t continue. Greater efficiencies are also technically and economically feasible.

But, lawsuits can do some of the work Hansen wants done by a fee. An Int’l Climate Court would facilitate such suits. Some Pacific island populations will be made refugees by rising seas and more violent typhoons. Who will pay for their relocation and integration into a new society?

Possibly, the European Union’s parliament could put some teeth into the reduction of greenhouse gases.

You could not have sued the tobacco companies and won in the 1950s, but by the 1980s there was a sea change in opinion, including among judges and juries, and all of a sudden there were massive awards being given out to victims.

COP21, for all its flaws, is likely going to set off such a massive change in attitudes. And then we need to mobilize all the institutions of society to punish fossil fuel use and get people on renewables.