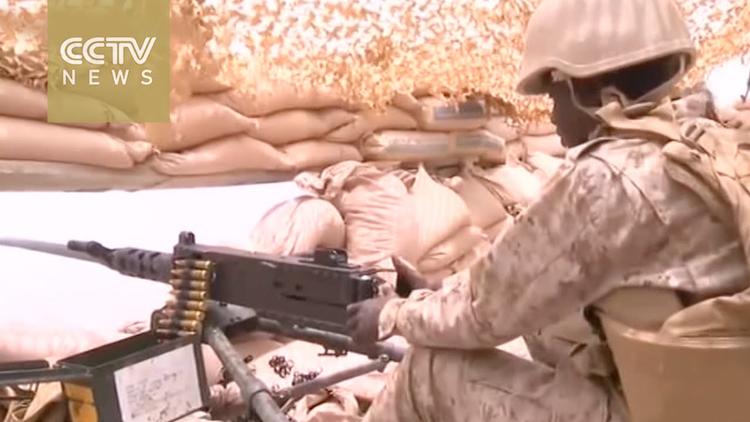 Over the past three days, Saudi Arabia has abruptly put together a 35-nation Muslim coalition to fight terrorism.

Saudi interest in this fight is not new, and the kingdom itself has suffered from armed non-governmental groups targeting innocent non-combatants. In 2003-2006, al-Qaeda and other extremist cells in Saudi Arabia launched numerous attacks in Riyadh, Jedda and elsewhere.

It is not the case that Saudi’s distinctive and puritanical Wahhabi Islam underlies terrorism. It is often intolerant, but its 20 million adherents usually don’t go around attacking people. Sunnis who adopt the Wahhabi style of Islam, called Salafis, are often peaceful and/or non-political. The Saudis of Wahhabi background whom you meet abroad are often warm, nice people.

It could be argued that Sunnis are relatively unlikely to turn to terrorism but Salafis and Wahhabis more likely to, because the latter see the world as black and white, and have a conviction that only they have the truth and the rest of the Muslims have fallen into the snares of the devil. But then a lot (not all) of evangelical Christians have that mindset, as well, and few are violent. I’m not aware of studies that show Salafis as more violent than other Sunnis. In Syria, the two major terrorist/ insurgent groups, al-Qaeda and Daesh (ISIS, ISIL), are Salafi of sorts, but most of their members started out as Sunnis and went straight to joining those groups under the pressure of Syrian regime attacks. You could argue that the ideology is optional, and that tyrannical and violent oppression drives people to terrorism regardless of their religious ideology.

Nor is it the case that Saudi Arabia formed, funded or promoted Daesh/ ISIL, as is often alleged. Nor is mainstream Wahhabism as practiced every day in Saudi Arabia very much like Daesh. There are tens of thousands of non-Muslims working in the oil industry at Dahran and none has been kidnapped and beheaded. They are allowed to have their own swimming pools and McDonalds. There may have been Saudi businessmen who funneled money to Iraqi Sunnis to strengthen them against the American-installed Shiite religious government of Baghdad, or to fight against their being ethnically cleansed from the Iraqi capital back in 2006-2007, and some of that money may have made its way to what became Daesh. But it was not likely direct support for that group (in 2003-2006 the Kingdom was in a life and death struggle against al-Qaeda, of which Daesh is a branch).

I say all this because there a wealth of misinformation, sloppy thinking, and poorly sourced allegations about Saudi Arabia and terrorism. And I’m going to go on to offer a harsh critique of Riyadh’s announcement of a 35-nation Muslim coalition to fight terrorism. This is not hypocritical on Saudi Arabia’s part for the reasons many will think.

The problem is that, somewhat like the United States, Saudi Arabia’s recent history of aggressive foreign intervention is causing terrorism inadvertently. So here are some steps they could take instead of, or at least beyond coalition-building:

1. Stop recklessly and indiscriminately bombing Yemen. The Saudi campaign has allowed al-Qaeda in the Arabian Peninsula (AQAP), the organization behind the underwear bomber of 2009, to expand its territory in the south. That scares me more than the Houthis do. Half the country is food insecure, large numbers are being displaced, and hundreds of thousands of armed homeless people (Yemenis, like Americans, all have guns) are terrorism waiting to happen. The Saudi goal of defeating the Houthi guerrilla insurgency mainly from the air is misguided and will only cause more instability.

2. Make their clients, the Syrian guerrilla groups in the Army of Conquest, including the Free Men of Syria, break with al-Qaeda in Syria (the Nusra Front) with which they are formally allied. Saudi Arabia can’t fight terrorism if it is backing a coalition allied with al-Qaeda.

3. Speaking of Syria, stop insisting that it become Saudi Arabia’s mini-me and help all Syrians come to a political settlement of the civil war. Saudi Arabia keeps issuing ultimatums about what must happen. Syria is 14% Alawite Shiite, 5% Christian, 3% Druze, 1% Twelver Shiite, 10% leftist Kurds, and probably 40% leftist or secular Sunnis. The small, armed, Salafi minority can’t impose itself on the country as Riyadh seems to want. Riyadh’s hard line is prolonging the civil war and that is causing regional terrorism and giving groups like Daesh an opportunity.

4. Stop denying peaceful members of the Muslim Brotherhood their basic human rights. If Muslim Brothers aren’t violent and aren’t actually doing anything illegal, they should be left alone. Saudi Arabia has spearheaded a region-wide harsh crackdown on the group that has actually pushed some formerly peaceful members to turn to terrorism.

5. Step up and play a more forceful role (since you like forceful roles nowadays) in insisting that the Israelis withdraw from the Occupied Palestinian territories captured in 1967. Even the San Bernardino duo were driven in part by anger over the plight of the stateless Palestinians. Saudi Arabia only talks a good game on Palestine. Their real investment is in bombing Yemen. The latter isn’t even practical.

Saudi Arabia for the first time since the 1920s has been flexing its muscles. Some of that flexing is producing or is likely to produce the blowback of terrorism. The kingdom needs to reassess.