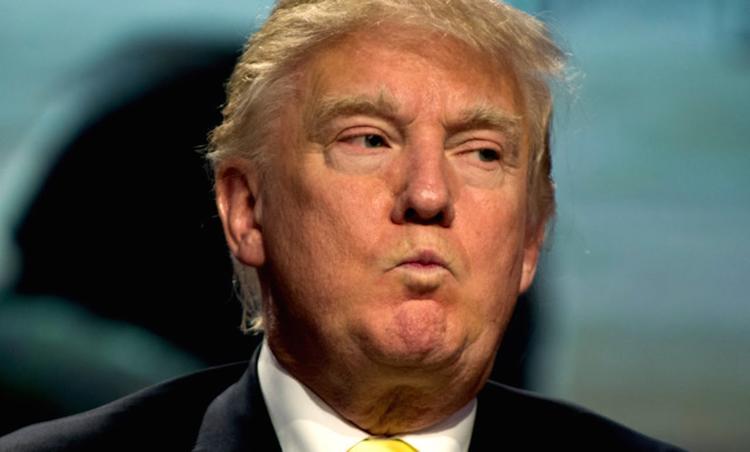 After criticism from both the left and the right, Donald Trump tweeted Thursday that he will delay his visit to Israel and Jerusalem.

The wealthy business tycoon and apparent presidential candidate had previously stated that he planned to visit the Israeli Prime Minister Binyamin Netanyahu and then force his way into the Al-Aqsa Mosque, the third-holiest site in Islam.

Muslim leaders in Jerusalem had pledged to nonviolently resist Trump’s attempts to force his way into the holy site.

Earlier this week, Trump made the controversial statement that all Muslims should be barred from entering the U.S.

Although Netanyahu issued a statement that he didn’t agree with Trump’s comments, he did not cancel his scheduled meeting with Trump.

In an interview with Fox News Thursday, Trump said that he didn’t want to “put [Netanyahu] under pressure” to meet with him.

Some commentators, like Philip Weiss with the Mondoweiss blog, noted that, “Last night, Chris Matthews was enraged by Trump’s recommendation that American immigration officials ask travelers if they are Muslim. But our own State Department has blasted Israel for denying “entry or exit without explanation”– notably to ‘those whom Israeli authorities suspect of being of Arab, Middle Eastern, or Muslim origin.’”

In addition, Weiss noted, Israel’s racial, ethnic and religious profiling policy is already being considered for use in U.S. airports.

updated from an earlier posting:

Member of Israeli Knesset, Dr. Ahmad Tibi, warned of the dire consequences that could emerge should U.S. presidential candidate Donald Trump decide to invade, along with Israeli officials and soldiers, the Al-Aqsa Mosque, in occupied Jerusalem.

Dr. Tibi said that Trump, who will be flying to Tel Aviv later this month, is planning to head to the mosque after his arrival, and warned that such a provocative act only aims at creating further tension, and violence.

“The Muslims, the Jerusalemite Palestinians, will prevent him from entering the mosque,” he said, “Every decent human being, every believer in justice and equality should prevent this racist person from invading the mosque.”

As for statements made by Israeli Prime Minister Benjamin Netanyahu regarding his intentions to welcome Trump, Tibi said, “Netanyahu’s racist ideology matches that of Trump, and “it is not surprising that Netanyahu, and various racist Israeli politicians, including Knesset members, are eager to meet him.”

On his part, Netanyahu confirmed his intentions to meet Trump as scheduled on December 28, although many Israeli members of Knesset have urged him to rescind the invitation.

On its Twitter account, Netanyahu’s office said he “rejects Trump’s statements about Muslims,” but also said that Tel Aviv “is fighting terrorism that threatens the world, and targets Jews, Muslims and Christians alike.