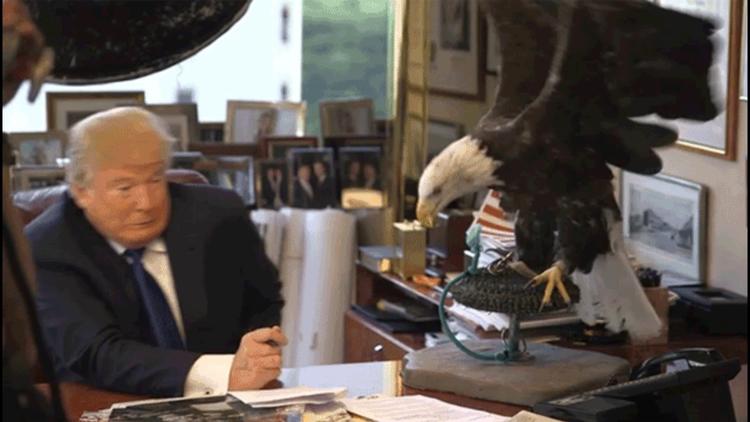 Highly essentialist and virulent anti-Islamic, anti-Arab ‘conservative’ platitudes on Islam and Muslims being disseminated by outspoken members of the GOP (such as Donald Trump, Ben Carson and others) have become so dangerously popularized and, to varying degrees, normalized as Presidential candidates use reckless, xenophobic and racist political rhetoric to validate the fears and attitudes that millions of fellow Americans already hold about Arabs, Muslims, and Islam as some of the major polls suggest.[i]

However, there is a serious, more global, political danger in this ‘strategy’ of alienating Muslims to appease domestic constituents in the U.S. because it ratifies and endorses the Manichean vision of groups like ISIS and al-Qaeda who piggyback on the narrative that the ‘clash of civilizations’ is, indeed, underway between Islam and the ‘West.’ The unchecked and blatant Islamophobic and anti-Islamic rhetoric that paints Muslims as either invasive, a fifth column, or alien to the United States has become such a defining feature of some candidates’ political platforms that it has inadvertently lent credence to the polarizing, black-and-white, good-vs.-evil dichotomies that groups like ISIS have regularly employed in their attempts to recruit members. Militant Islamist leaders preach that the U.S. and its allies are on a ‘crusade’ to both subjugate Muslims and undermine Islam, in some abstract apocalyptic sense, by referring to the various U.S. military operations in several Muslim-majority countries over the past two decades as evidence.

This interpretation of the global political landscape as one that can be neatly divided into two ideologically-driven spheres consisting of distinct populations of people supposedly subscribing to two completely different value systems (for example, Judeo-Christian vs. Islamic values- whatever those entail) has been adopted by both Islamist militant leaders (like Bin Laden and al-Baghdadi who regard the West as enemies of Muslims and Islam on both political and religious grounds) as well as some of our own domestic politicians (like former President George Bush Jr. who promoted the idea of an ‘axis of evil’ consisting of Iraq, Iran and N. Korea and who had earlier claimed to wage a ‘crusade against terrorism’ which mainly took place in Muslim-majority countries a week after the terrorist attacks of 9/11 and now Presidential candidate Donald Trump and Ben Carson who make public anti-Muslim statements with stunning regularity).

Whether the candidates understand this or not, this highly publicized anti-Islamic hyperbole just reinforces the views of potential recruits seeking to join groups like ISIS since they have adopted this reductionist and overly simplistic worldview and political philosophy. It also has the detrimental effect of marginalizing and alienating several million peaceful American Muslims who now see themselves as fearful of both ISIS and their domination of the public perception of their source of spirituality and religious identity as well as by their fellow American counterparts, many of whom, view Muslims with suspicion on the basis of being ‘guilty by association’ (by belonging to the same imagined community)- not realizing that the overwhelming majority of ISIS’ victims are actually Muslims.

At one point in the not-so-distant past, Muslim Americans were actually overwhelmingly pro-Republican, in part, because they often identified with the conservative values of the GOP. In fact, according to CAIR (Council on American-Islamic Relations- a major Muslim advocacy group based out of Washington D.C.), more than 70% of American Muslim voters voted for Republican Candidate George H.W. Bush in the 2000 election. [ii] The targeting of American Muslims in the post-9/11 era by law enforcement, alongside Bush’s two wars in Iraq and Afghanistan and his continued financial and political support for Israel, and a major economic recession led American Muslims to distance themselves from the G.O.P. in the following years, though.

Ultimately, the very recent Republican so-called ‘politically correct’ anti-Muslim diatribes that we have been subjected to over the past few months by Presidential candidates will have the adverse effect of legitimizing ISIS’ political agenda (and that of other militant Islamists), confirm the suspicions and views of its constituents and embolden its members, all-the-while creating an incredibly hostile domestic situation for American Muslims who, by and large, find themselves having to constantly defend their identity as fellow Americans despite being actively engaged in all areas of American civic life

Tareq Ramadan is a PhD Candidate specializing in Arab and Islamic Studies and teaches courses on contemporary Arab society and Middle East history at Wayne State University in Detroit.

AJ+: “Everyone Agrees That Trump’s Muslim Ban Idea Is The Worst”