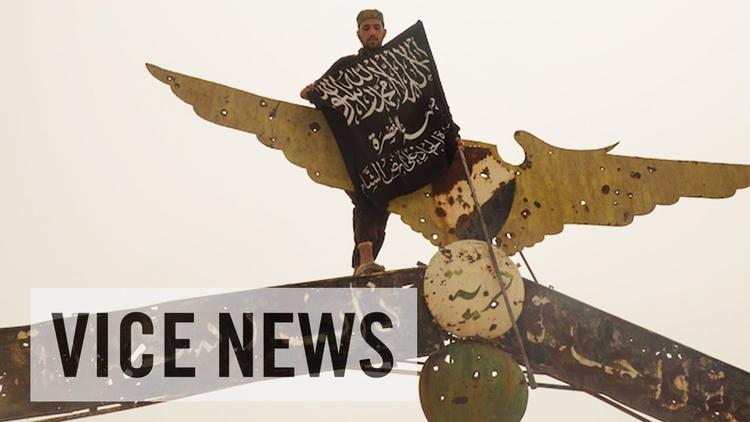 Experts predicted that the rise of the Caliphate declared by Daesh (ISIS, ISIL) would be disastrous for al-Qaeda(AQ). One report that concluded “The good news is that this power struggle [between Daesh and AQ] may weaken both of them.” The belief was that Osama Bin Laden’s brainchild would be shown up and lose its cachet to the more violent and radical group. Yet, despite The Guardian’s assertion that al-Qaeda is on the verge of collapse, the organization has never been stronger.

Though Daesh has managed to overshadow its ideological predecessor in the media, it is becoming increasingly apparent that Daesh and AQ are complementary goods rather than substitutes.

The belief that Daesh could weaken AQ was based on three observations. First, AQ’s Syria affiliate Jabhat al-Nusra (JN) has lost several hundred fighters in battles against Daesh. Second, some AQ-affiliated groups have switched teams and now pledged allegiance to Daesh, as is the case for the Sinai-based insurgency known as Wilayat Sina’ and Nigeria’s Boko Haram. Third, numerous fighters have defected from JN to ISIS, which is a trend that largely depend on how the groups are perceived to be faring in battle and has, at times, been reversed.

Yet, when looking at the bigger picture we can actually see that both groups have become more powerful in recent years.

Despite the claim that jihadists are flocking to ISIS’s camp, it is clear that many groups have not done so. al-Qaeda in the Islamic Maghreb, al-Qaeda of the Arabian Peninsula (AQAP), and al-Shabab of Somalia have maintained their loyalty to AQ.

In fact, many AQ affiliates have not only remained but even expanded (to reference anDaesh slogan). The strength of any force should be determined by the quantity and its quality, and in recent years AQ has improved on both counts.

In terms of manpower, AQ’s growth is particularly evident in the cases of JN and AQAP. In September 2011, a Pentagon spokesman estimated al-Qaeda to have a total of between 3,000 to 4,000 members. By 2013, estimates of JN, which represents AQ’s presence in Syria alone, had surpassed the 2011 estimated total by

As for the quality of the AQ troops, there is no doubt that the burning conflicts in the Arab Middle East have provided them with a trial by fire. Much like the mujahidin fighting the Russian invasion of Afghanistan had transformed ideologues and disaffected youth into soldiers in the 1980s, the conflicts in Yemen and Syria have not only served as rallying cries but also training grounds for AQ; what they had lost in Afghanistan, they found in places such as Yemen. Bruce Reidel of the Brookings Institution, called AQAP “the one local winner” of the Yemeni civil war, while counterterrorism analysts call it “the most urgent militant threat” in Yemen.

Instead of Daesh “crippling” AQ by attracting the lion’s share of recruits, a more realistic assessment should explain that the overall number of jihadists is going up as both groups continue to expand.

It should come as no surprise that these two groups, while theoretically battling each other for leadership in the arena of global jihad, are individually experiencing a great deal of success. The belief that these groups are competing in a zero sum game is based on the hopeful assumption that there are a finite number of resources for jihadist groups and that a given recruit or donor has to choose between one of the two groups. However, this “one or the other” perspective should be replaced by a view that better fits the reality we are seeing, something more along the lines of “there’s something for every jihadist” as a means to broaden the appeal of radical ideology.

In an ideal world, the West would simply sit back and watch AQ and Daesh destroy each other without having to lift a finger. However, those idyllic predictions have failed to materialize and it is possible that what we thought would hurt AQ and Daesh has actually propelled them forward. In fact, a sense of competition without there being as much actual competition as we had hoped may be the worst of both worlds, as it could push both AQ and Daesh to recruit more vigorously despite the fact that there is a bottomless pool of recruits.

VICE News: ” Inside the Battle: Al Nusra-Al Qaeda in Syria”