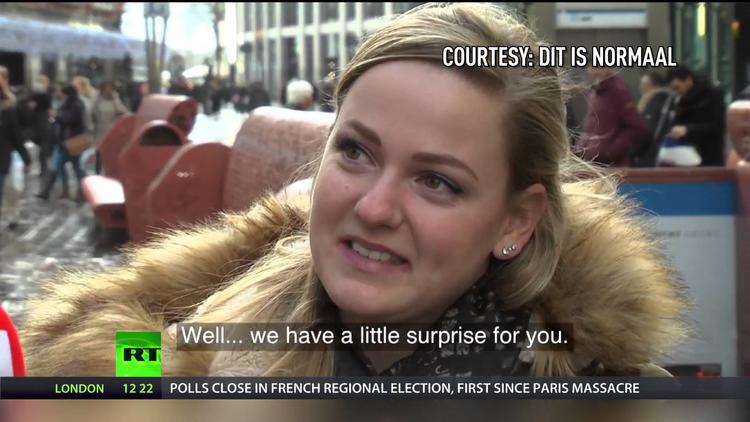 “Dutch pranksters have conducted an experiment aimed at testing public prejudice towards Islam. They took to the streets and read extracts from a book which they claimed was the Koran. Then came the big reveal. What people had originally believed were extracts from the Koran were actually being read from the Bible.”