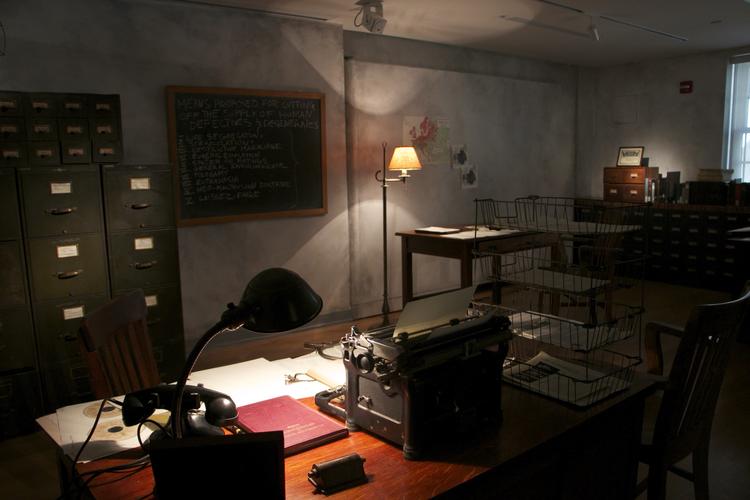 Donald Trump, Ted Cruz and other bigots on the far right are nothing new in American history. Rather, they remind us of the worst and most shameful detours of the American Republic in the past. From the mid-nineteenth century racial theory became prominent in European and American discourse, in which peoples were conceived of as endogamous (only marrying among themselves and so producing ‘pure’ and ‘less pure’ ‘races.’) In contrast, in the 18th century most Western thinkers believed the differences among peoples had to do with climate and diet. The nineteenth century Romantic notion of race is a fantasy– people get all mixed up over time.

But it would be a mistake to think race was the only consideration in American xenophobia (hatred for foreigners). Powerful Christian revivalist movements created movements to missionize the world that had a horror of having heathens on the continent.

These twin pathologies of racism and religious bigotry were implicated in a whole series of white, Christian supremacist laws aimed at excluding whole swathes of the world from immigration to the United States enacted between 1882 and 1924. Here are the highlights. Or, lowlights.

3. Indian Hindus & Sikhs and other Asians. Not satisfied with measures against Buddhists, white Christians next went after Hindus and Sikhs. The 1917 Asiatic Barred Zone Act excluded from immigration everyone from the continent of Asia– it especially aimed at Indians, including especially Sikhs, but also Koreans, Vietnamese, Thai, Indonesians, etc. etc. The American Immigration Council writes:

“During the same period, Asian Indians, particularly Sikhs from the Punjabi region who were originally brought by the British to work the Canadian-Pacific railroads, began to move south into the U.S. Pacific Northwest and California as farm workers. In response, nativist rioters burnt out the Asian Indian settlements in Bellingham and Everett, Washington in 1907. In the following decade, protectionist and racist groups, epitomized by the Asian Exclusion League, campaigned against the “Hindu invasion” or “Turban tide” that was perceived as an economic threat to native farmers. Laws were passed in California to strip land ownership from Asian Indians and Japanese in 1913 and 1920. In response, many Asian Indians married Mexican-American women, which for a time exempted them from the law. Asian Indian students who were supporters of independence from the British Empire were expelled from the country by order of President Theodore Roosevelt.”

“Finally, sustained political attacks against Asian Indians such as those orchestrated by Democratic Representative John Raker and immigration commissioner Anthony Caminetti culminated in the imposition of the 1917 Barred Zone Act. Asian Indians joined other Asian country nationals (except Japanese and Filipinos) who were excluded from immigrating to the United States. The final injustice to Asian Indians was exacted by the U.S. Supreme Court in the case of Bhagat Singh Thind (1923), which considered to which race Asian Indians belonged. The Court decided that although Asian Indians were Caucasian, they were not “white” and therefore could not be U.S. citizens. Harassment of the Asian Indian population continued, forcing many to return to India. By 1940 half of the Asian Indian population had left the country, leaving only 2,405.”

The provision in the act barring “polygamists” was aimed at Muslims. Would-be Muslim immigrants were asked at their port of entry if they believed a man could have more than one wife, and if they said yes, were turned away.

Japanese were not part of the act only because the Gentlemen’s Agreement already mostly excluded them. Filipinos were not excluded because the Philippines was then an American territory (i.e. colony).

4. Syrians-Lebanese. In the early 1920s, the Ku Klux Klan reappeared on the national stage and agitated against immigrants, Catholics, and Jews. The Klan infiltrated the Democratic Party and took it over, and won the whole state of Indiana.

The racist 1924 Immigration act set country quotas based on the percentage of Americans from that country already present in 1890. How exactly they determined how many Americans were British, German, etc. is not clear to me. But one consequence of basing the quotas on 1890 rather than, as was originally proposed, 1910, was that populations that came in big numbers during the Great Migration of 1880-1924 were often given low quotas. Populations that came in the eighteenth century or the mid-19th (e.g. in the latter case, Germans) had relatively large quotas. Syria-Lebanon (which were not separated until the French conquest of 1920) were given a quota of 100, even though tens of thousands of Lebanese came to the United States, 10% of them Muslim during the Great Migration. That community produced the great Lebanese-American writer and artist, Kahlil Gibran.

Now what we would call the Lebanese were excluded. In fact, some racists in places like North Carolina argued that greater Syria was in West Asia and so Lebanese/Syrians should be excluded on the basis of the Barred Asiatic Zone. They put Lebanese Muslims and Christians into the category of the “Yellow Peril”!

5. Other Middle Easterners, including Armenians. The 1924 Nazi-style quotas based on “race,” which mostly lasted until 1965, excluded most of the Middle East. The quota for Egypt? 100. Palestine? 100. Turkey? 100. Even the persecuted Armenians were given only 100 spaces annually.

The racial hierarchies visible in the 1924 act fed into an increasing concern with eugenics, with fears of decadent races and a determination to strengthen the master race by forbidding intermarriage and even by experimenting on live human beings.

6. Jews. In the 1930s when it would have mattered, the US government excluded Jewish refugees from Nazi Germany from coming to America. I wrote elsewhere, “the US in the 1930s did betray its ideals as a refuge for people yearning to be free. The episode of the SS St Louis, a ship full of 900 Jewish refugees that got close enough to Miami to see its lights before being turned back to Europe, epitomized this failure. A third of the passengers were later murdered by the Nazis. One Jewish refugee the US did take in was Albert Einstein. How would we not have been better off if we’d had more like him?”

Racists of that time argued that German Jews shouldn’t be admitted because Nazi agents might covertly exist among them.

Trump is proposing a 21st century version of the racist and religiously bigoted Barred Asiatic Zone and its racist and bigoted successor, the 1924 Immigration Act. This is the new Ku Klux Klan, infiltrating the Republican Party this time.

Those who have said they’ve never seen anything like it in American history don’t know their American history very well. The problem is not that what Trump is saying is unprecedented. It is that it echoes the ugliest episodes of American intolerance.

New York University: “When Long Island Was the Eugenics Capital of the World”