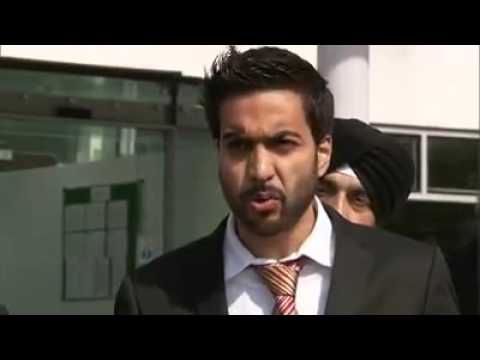 The Europol* report on European terrorism for 2014 would obviously look different for the horrible year of 2015. So too was 2011 an outlier, when far right wing Islamophobe Anders Breivik killed 77 Norwegian leftists for being soft on Islam.

But it is worthwhile considering it, since you can’t judge trends on any one year, and 2014 was more typical of the past decade than 2015.

201: Number of terrorist attacks carried out in the European Union in 2014.

4: Number of persons killed in EU terrorism that year.

12: Attacks by left-wing and anarchist groups

34: Number of arrests of extremist right wing persons for harassment of Jews, Muslims, etc. (not classified as “attacks”) 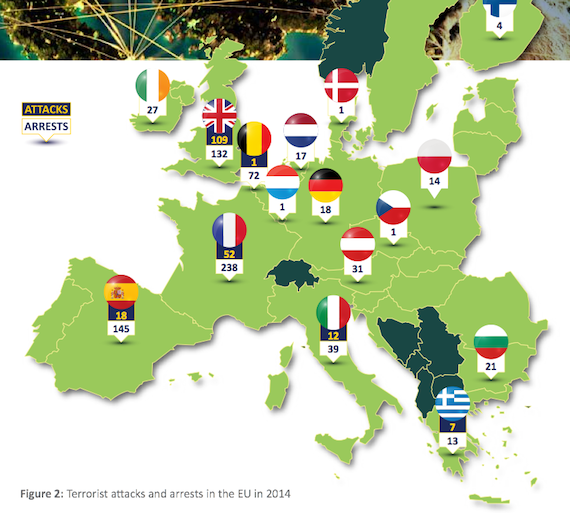 774; Number individuals arrested in the EU for terrorism related offences

The fact is that there isn’t much terrorism in Europe for its enormous population (it is much larger than the United States). I figure about 5,500 murders a year in the EU, the equivalent of 3,400 a year in the United States given the EU population is 1.6 times that of the USA. The US rate is more like 13,000, or nearly 4 times the European rate. In any case, only 4 out of the 5,500 were killed for terrorist political motives in 2014 (though we must recognize that all life is precious and this was horrible for the relatives of the 4). In 2015 unfortunately the 4 will have become a couple hundred.

The point is that for all their artificially contrived drama, terrorist attacks are a small part of deadly violence and the number of attacks launched by far rightwing Muslim groups has been a small proportion of the whole over the past decade. We don’t know if 2015 is a turning point or an anomaly. A dispassionate review of statistics is difficult in emotional times, but necessary if we aren’t to be overwhelmed by stereotypes and media sensationalism, such that we lose our sense of proportion.

*The initial version of this posting had ‘Interpol’; it should have been ‘Europol’. The Europol website notes: “Interpol and Europol are structured differently and therefore provide different possibilities for international law enforcement co–operation. Interpol is a network of police agencies in countries worldwide, whereas Europol mainly supports the EU Member States.”
——