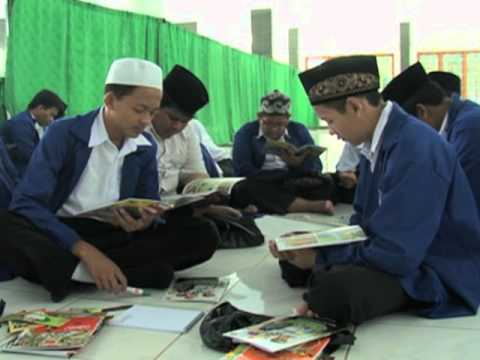 MADRID, Dec 3 2015 (IPS) – Of all over-written, under-reported issues and regions, the Middle East is perhaps one of the oldest, outstanding ones.

To start with, it is a common belief – too often heralded by the mainstream media – that the Middle East is formed entirely of Arab countries, and that it is about the so-wrongly called Muslim, Arab World.

This is simply not accurate.

Firstly, because such an Arab World (or Arab Nation) does not actually exist as such. There is not much in common between a Mauritanian and an Omani; a Moroccan and a Yemeni; an Egyptian and a Bahraini, just to mention some examples. They all have different ethnic roots, history, original languages, traditions and religious beliefs.

Example: The Amazighs – also known as the Berbers – are an ethnic group indigenous to the North of Africa, living in lands stretching from the Atlantic cost to the Western Desert in Egypt. Historically, they spoke Berber languages.

There are around 25-30 million Berber speakers in North Africa. The total number of ethnic Berbers (including non-Berber speakers) is estimated to be far greater. They have been “Arabised” and “Islamised” since the Muslim conquest of North of Africa in the 7th century.

Secondly, because not all Muslims are Arabs, nor all Arabs are Muslims. Not to mention the very fact that not all Arabs are even Arabs. It would be more accurate to talk about “Arabised,” “Islamised” peoples or nations rather than an Arab World or Arab Nation.

Here are seven key facts about Muslims that large media, in particular the Western information tools, often neglect or ignore:

1. Not all Muslims are Arabs

In fact, according to the most acknowledged statistics, the number of Muslims around the world amounts to an estimated 1.56 billion people, compared to estimated 2.2 billion Christians and [14] million Jewish.

Of this total, Arab countries are home to around 380 million people, that is only about 24 per cent of all Muslims.

2. Not all Arabs are Muslims

While Islam is the religion of the majority of Arab population, not all Arabs are Muslims.

In fact, it is estimated that Christians represent between 15 per cent and 20 per cent of the Arab combined population. Therefore, Arab Muslims amount to just around one-fifth of all the world’s Muslims.

Arab Christians are concentrated mainly in the Palestinian Territories, Lebanon and Egypt, where they represent up to 13 per cent of the total population amounting to 95 million inhabitants according to last year’s census.

3. Major Muslim countries are in Asia

According to the U.S-based Pew Research Center, this would be the percentage of major religious groups in 2012: Christianity 31.5 per cent; Islam 23.2 per cent; Hinduism 15.0 per cent, and Buddhism 7.1 per cent of the world’s total population.

Meanwhile, the Pew Research Center estimated that in 2010 there were 49 Muslim-majority countries.

South and Southeast Asia would account for around 62 per cent of the world’s Muslims.

According to these estimates, the largest Muslim population in a single country lives in Indonesia, which is home to 12.7 per cent of all world’s Muslims.

Pakistan (with 11.0 per cent of all Muslims) is the second largest Muslim-majority nation, followed by India (10.9 per cent), and Bangladesh (9.2 per cent).

The Pew Research Center estimates that about 20 per cent of Muslims live in Arab countries, and that two non-Arab countries – Turkey and Iran – are the largest Muslim-majority nations in the Middle East.

In short, a large number of Muslim majority countries are not Arabs. This is the case of Afghanistan, Bangladesh, Iran, Indonesia, Pakistan and Turkey.

It is estimated that 75 to 90 per cent of Islam followers are Sunni, while Shii represent 10 to 20 per cent of the global Muslim population.

The sometimes armed, violent conflicts between these two groups are often due to political impositions. But this is not restricted to Arab or Muslim countries, as evidenced by the decades of armed conflict between Catholic and Protestant communities in Northern Ireland.

4. Muslims do not have their own God

In Arabic (the language in which the sacred book, the Koran, was written and diffused) the word “table” is said “tawla;” a “tree” is called “shajarah;” and a “book” is “ketab.” In Arabic “God” is “Allah”.

In addition, Islam does not at all deny the existence of Christianity or Christ. And it does fully recognise and pay due respect to the Talmud and the Bible.

The main difference is that Islam considers Christ as God’s closest and most beloved “prophet,” not his son.

Islam landed in the 7th century in the Gulf or Arab Peninsula deserts. There, both men and women used to cover their faces and heads to protect themselves from the strong heat and sand storms. It is not, therefore, about a purely Islam religious imposition.

Meanwhile, in the Arab deserts, populations used to have nomadic life, with men travelling in caravans, while women and the elderly would handle the daily life of their families. Islamic societies were therefore actually matriarchal.

Genital mutilations are common to Islam, Judaism (male) and many other religious beliefs, in particular in Africa.

Likewise other major monotheistic religions, a number of Muslim clerics have been using faith to increase their influence and power. This is fundamentally why so many “new traditions” have been gradually imposed on Muslims. This is the case, for example, of denying the right of women to education.

As with other major monotheistic religions, some Muslim clerics used their ever growing powers to promote inhuman, brutal actions. This is the case of “Jihad” fundamentalists.

This has not been an exclusive case of Muslims along the history of humankind. Just remember the Spanish-Portuguese invasion of Latin America, where indigenous populations were exterminated and Christianity imposed by the sword, for the sake of the glory of Kings, Emperors… and Popes.

6. The unfinished wars between the West and Islam (and vice-versa)

There is a growing belief among Arab and Muslim academicians that the ongoing violent conflicts between Muslims and the West (and vice-versa) are due to the “unfinished” war between the Christian West and the Islamic Ottoman Empire, in spite of the fact that the latter was dismantled in the early 1920s.

This would explain the successive wars in the Balkans and the Middle East, for instance.

It has become too common, and thus too given for certain, that oil producers are predominantly Arabs and Muslims. This is not accurate.

And here you are: OPEC full membership includes: Ecuador, Venezuela, Nigeria, Gabon and Angola. None of these is either Arab or Muslim. They are all Christian states. As for Iran and Indonesia, these are Muslim countries, but not Arab.

Again, none of these oil producers is Arab or Muslim.

Egyptian-born, Spanish-national, secular journalist Baher Kamal tries to “de-mythify” some of the most common stereotypes circulating around the Middle East region.