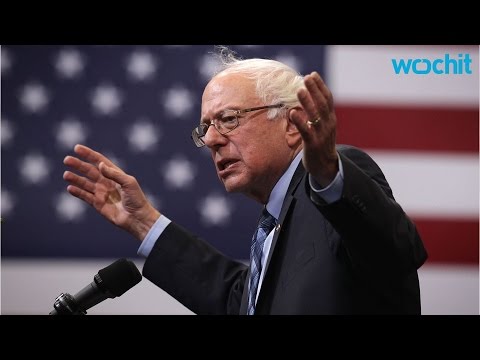 A Quinnipiac Poll has found that 61% of Americans say Donald Trump does not share their values, 50% would be positively embarrassed to have him as president, and that Sen. Bernie Sanders would defeat him 51% to 38% . Sec. Hillary Clinton would defeat Trump by 47% to 40% if the election were held today, according to this poll. 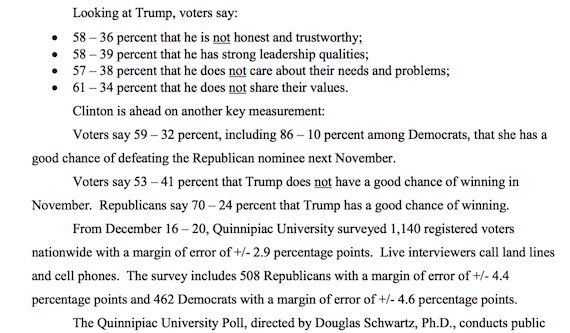 “According to the latest poll from Quinnipiac UniversityBernie Sanders would beat Donald Trump 51-38 in a general-election match-up, Or like Donald trump likes to taunt people he would get ‘Schlonged’ like he said about Hillary CLinton Earlier this Week. While he may be leading the GOP right now it doesnt mean much when 61 percent of Americans say the Republican frontrunner “does not share their values,”. Other polls by the University said 58 percent believe Trump “is not honest and trustworth”. But when it comes to the GOP Nod With 28 percent support, Trump Leads Texas Sen. Ted Cruz by 4 points, and Florida Sen. Marco Rubio by 14 points.”