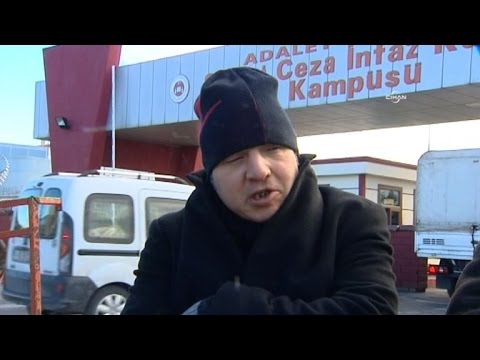 In a rare victory for freedom of speech in Turkey, the country’s Supreme Court of Appeals has completely overturned a lower court ruling that sentenced world-famous pianist Fazil Say to a suspended sentence of 10 months in prison.

Say’s crime? To tweet out passages from the Rubaiyat of Omar Khayyam. I find a baffling generational divide with regard to Khayyam in the US now. In my day, high school teachers still assigned poems from the Rubaiyat, which were just a little skeptic and naughty. I’d guess somewhere around 1975, Edward FitzGerald’s translation of The Rubaiyat of Omar Khayyam was dropped from the canon. So I meet older people who have memorized it. But if I bring it up with a Millennial I get a blank look.

Truth in advertising: I am retranslating the quatrains attributed to the medieval astronomer into contemporary English and finishing up a book on the phenomenon of this poetry through history. The verses are folk poetry, and they cheekily pervert religious orthodoxy, celebrating skepticism, irreverence and wine, lovers and song.

The appeals court said that they were reversing the sentence entirely, striking down the ‘blasphemy’ conviction. They said there is a need for “a tolerant and wide view for the sake of a free society.”

“Freedom is essential and constraint is exceptional. In the current century, in our country which we believe is modern, in our extant judicial system in which we trust under all circumstances, there is need to have a more tolerant and wider view in the name of being a free society that is composed of free individuals.”

The court took into account Say’s intention, which it said was not to insult religious people or their values.

They also pointed out that he did not call for violence.

He expressed himself, as was his right within the bounds of the law, they said.

One of the Omarian lines Say tweeted was about the fundamentalist vision of paradise: “You say its rivers will flow in wine / Is the Garden of Eden a wine house?”

The point of those lines is that believers have a set of images about paradise, which aren’t identical to it.

Blasphemy trials were known in the medieval lands of Islam, but were not all that frequent. If the king liked the Rubaiyat of Omar Khayyam, he would run interference for the author.

Turkey is going through a paroxysm of political intolerance, and political libel cases are being brought by sitting officials against their critics. The government has largely tamed television and a lot of the newspapers.

Of course, it is a sad commentary that the case ever got this far.

For the judiciary so straightforwardly to defend freedom of speech in the face of opposition from Turkish fundamentalists is both brave and essential. It sounds a hopeful note for the New Year.