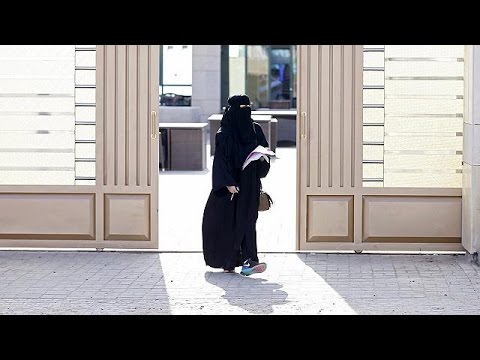 ABU DHABI (IPS) – The triumph of 19 women in what is being seen as a landmark and historical election in a largely traditional and conservative country is a massive gain for women. A United Arab Emirates (UAE) daily newspaper called this a right step in the Islamic spirit.

“It is a giant step forward for them, as they had previously been completely absent in elections. The exercise is the clearest implementation of former Saudi King Abdullah’s directive, who announced four years ago that women would take part in the 2015 municipal polls,” said ‘The Gulf Today’.

What is remarkable is that over a 100,000 women cast ballots, it added.

Around 7,000 candidates, among them 979 women, were competing for 2,100 seats across the country. The councils are the only government body elected by Saudi citizens.

While fewer than one per cent of the victorious candidates were women, this is a big moment for Saudi. Thirty women do sit in Saudi Arabia’s 150-member parliament, the Shura Council, but they are appointed directly by the king. So women elected by the public is a big advance.

The paper explained that many women candidates ran on platforms that dealt with social and civic issues, such as more nurseries to offer longer day-care hours for working mothers, the creation of youth centres with sports and cultural activities, improved roads, better rubbish collection and overall greener cities.

In October, the Saudi Gazette reported that tough road stretches and long distances to the nearest hospital had forced some women in the village of Madrakah, where one female candidate was elected, to give birth in cars, the editorial said.

“It is precisely these kinds of community problems that female candidates hope to solve once elected to the municipal councils. The councils will advise authorities and help oversee local budgets,” it noted.

Some women were not expecting any of the female candidates to win.

“Saudi women are not allowed to do several things, such as driving, a prickly issue which has the sorority up in arms. They have to kowtow to dictates that give men the overriding power, particularly on issues such as marriage, work, travel and higher education,” the paper explained.

“Even those women contesting for public office had to surmount a number of challenges. However, many female candidates were chuffed that they were running for office, even if they didn’t think they would win. They said they were glad at finally being able to do something they had only seen on television or in movies,” it said.

Each step women take that provides visibility in public life, or sports, or culture, is another cultural norm developing. The youth in Saudi make up the vast majority of the kingdom’s population. They are growing up in a country where in a number of years women taking part in sport, business, and in the legal aspects of government writing legislation will be just normal.

From here there is no going back, and for a country that has hung onto traditions while the world around has adapted and made advances, this is a hard pill to swallow. But change is on its way, however slow.

In conclusion, the editorial said that given the gender disparity, it remains to be seen whether this translates into a more active role in politics for the women in the country. “In a male-dominated world, such a situation seems unlikely, unless men have a sea change in attitude. Happy women will make happy mothers and that will mean happy homes, where everything begins,” it said.