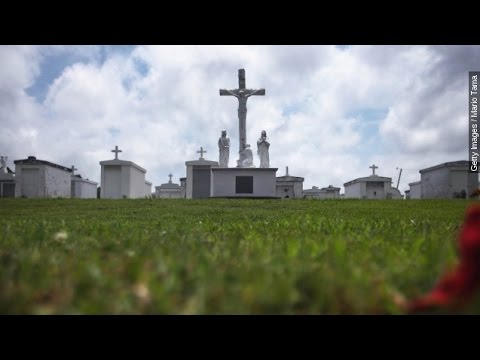 The white working class, which usually inspires liberal concern only for its paradoxical, Republican-leaning voting habits, has recently become newsworthy for something else: according to economist Anne Case and Angus Deaton, the winner of the latest Nobel Prize in economics, its members in the 45- to 54-year-old age group are dying at an immoderate rate. While the lifespan of affluent whites continues to lengthen, the lifespan of poor whites has been shrinking. As a result, in just the last four years, the gap between poor white men and wealthier ones has widened by up to four years. The New York Times summed up the Deaton and Case study with this headline: “Income Gap, Meet the Longevity Gap.”

This was not supposed to happen. For almost a century, the comforting American narrative was that better nutrition and medical care would guarantee longer lives for all. So the great blue-collar die-off has come out of the blue and is, as the Wall Street Journal says, “startling.”

It was especially not supposed to happen to whites who, in relation to people of color, have long had the advantage of higher earnings, better access to health care, safer neighborhoods, and of course freedom from the daily insults and harms inflicted on the darker-skinned. There has also been a major racial gap in longevity — 5.3 years between white and black men and 3.8 years between white and black women — though, hardly noticed, it has been narrowing for the last two decades. Only whites, however, are now dying off in unexpectedly large numbers in middle age, their excess deaths accounted for by suicide, alcoholism, and drug (usually opiate) addiction.

There are some practical reasons why whites are likely to be more efficient than blacks at killing themselves. For one thing, they are more likely to be gun-owners, and white men favor gunshots as a means of suicide. For another, doctors, undoubtedly acting in part on stereotypes of non-whites as drug addicts, are more likely to prescribe powerful opiate painkillers to whites than to people of color. (I’ve been offered enough oxycodone prescriptions over the years to stock a small illegal business.)

Manual labor — from waitressing to construction work — tends to wear the body down quickly, from knees to back and rotator cuffs, and when Tylenol fails, the doctor may opt for an opiate just to get you through the day.

The Wages of Despair

But something more profound is going on here, too. As New York Times columnist Paul Krugman puts it, the “diseases” leading to excess white working class deaths are those of “despair,” and some of the obvious causes are economic. In the last few decades, things have not been going well for working class people of any color.

I grew up in an America where a man with a strong back — and better yet, a strong union — could reasonably expect to support a family on his own without a college degree. In 2015, those jobs are long gone, leaving only the kind of work once relegated to women and people of color available in areas like retail, landscaping, and delivery-truck driving. This means that those in the bottom 20% of white income distribution face material circumstances like those long familiar to poor blacks, including erratic employment and crowded, hazardous living spaces.

White privilege was never, however, simply a matter of economic advantage. As the great African-American scholar W.E.B. Du Bois wrote in 1935, “It must be remembered that the white group of laborers, while they received a low wage, were compensated in part by a sort of public and psychological wage.”

Some of the elements of this invisible wage sound almost quaint today, like Du Bois’s assertion that white working class people were “admitted freely with all classes of white people to public functions, public parks, and the best schools.” Today, there are few public spaces that are not open, at least legally speaking, to blacks, while the “best” schools are reserved for the affluent — mostly white and Asian American along with a sprinkling of other people of color to provide the fairy dust of “diversity.” While whites have lost ground economically, blacks have made gains, at least in the de jure sense. As a result, the “psychological wage” awarded to white people has been shrinking.

For most of American history, government could be counted on to maintain white power and privilege by enforcing slavery and later segregation. When the federal government finally weighed in on the side of desegregation, working class whites were left to defend their own diminishing privilege by moving rightward toward the likes of Alabama Governor (and later presidential candidate) George Wallace and his many white pseudo-populist successors down to Donald Trump.

At the same time, the day-to-day task of upholding white power devolved from the federal government to the state and then local level, specifically to local police forces, which, as we know, have taken it up with such enthusiasm as to become both a national and international scandal. The Guardian, for instance, now keeps a running tally of the number of Americans (mostly black) killed by cops (as of this moment, 1,209 for 2015), while black protest, in the form of the Black Lives Matter movement and a wave of on-campus demonstrations, has largely recaptured the moral high ground formerly occupied by the civil rights movement.

The culture, too, has been inching bit by bit toward racial equality, if not, in some limited areas, black ascendency. If the stock image of the early twentieth century “Negro” was the minstrel, the role of rural simpleton in popular culture has been taken over in this century by the characters in Duck Dynasty and Here Comes Honey Boo Boo. At least in the entertainment world, working class whites are now regularly portrayed as moronic, while blacks are often hyper-articulate, street-smart, and sometimes as wealthy as Kanye West. It’s not easy to maintain the usual sense of white superiority when parts of the media are squeezing laughs from the contrast between savvy blacks and rural white bumpkins, as in the Tina Fey comedy Unbreakable Kimmy Schmidt. White, presumably upper-middle class people generally conceive of these characters and plot lines, which, to a child of white working class parents like myself, sting with condescension.

Of course, there was also the election of the first black president. White, native-born Americans began to talk of “taking our country back.” The more affluent ones formed the Tea Party; less affluent ones often contented themselves with affixing Confederate flag decals to their trucks.

On the American Downward Slope

All of this means that the maintenance of white privilege, especially among the least privileged whites, has become more difficult and so, for some, more urgent than ever. Poor whites always had the comfort of knowing that someone was worse off and more despised than they were; racial subjugation was the ground under their feet, the rock they stood upon, even when their own situation was deteriorating.

If the government, especially at the federal level, is no longer as reliable an enforcer of white privilege, then it’s grassroots initiatives by individuals and small groups that are helping to fill the gap — perpetrating the micro-aggressions that roil college campuses, the racial slurs yelled from pickup trucks, or, at a deadly extreme, the shooting up of a black church renowned for its efforts in the Civil Rights era. Dylann Roof, the Charleston killer who did just that, was a jobless high school dropout and reportedly a heavy user of alcohol and opiates. Even without a death sentence hanging over him, Roof was surely headed toward an early demise.

Acts of racial aggression may provide their white perpetrators with a fleeting sense of triumph, but they also take a special kind of effort. It takes effort, for instance, to target a black runner and swerve over to insult her from your truck; it takes such effort — and a strong stomach — to paint a racial slur in excrement on a dormitory bathroom wall. College students may do such things in part out of a sense of economic vulnerability, the knowledge that as soon as school is over their college-debt payments will come due. No matter the effort expended, however, it is especially hard to maintain a feeling of racial superiority while struggling to hold onto one’s own place near the bottom of an undependable economy.

While there is no medical evidence that racism is toxic to those who express it — after all, generations of wealthy slave owners survived quite nicely — the combination of downward mobility and racial resentment may be a potent invitation to the kind of despair that leads to suicide in one form or another, whether by gunshots or drugs. You can’t break a glass ceiling if you’re standing on ice.

It’s easy for the liberal intelligentsia to feel righteous in their disgust for lower-class white racism, but the college-educated elite that produces the intelligentsia is in trouble, too, with diminishing prospects and an ever-slipperier slope for the young. Whole professions have fallen on hard times, from college teaching to journalism and the law. One of the worst mistakes this relative elite could make is to try to pump up its own pride by hating on those — of any color or ethnicity — who are falling even faster.

Barbara Ehrenreich, a TomDispatch regular and founding editor of the Economic Hardship Reporting Project, is the author of Nickel and Dimed: On (Not) Getting By in America (now in a 10th anniversary edition with a new afterword) and most recently the autobiographical Living with a Wild God: A Nonbeliever’s Search for the Truth about Everything.

“Why Are So Many More Middle-Aged White People Dying? – Newsy”