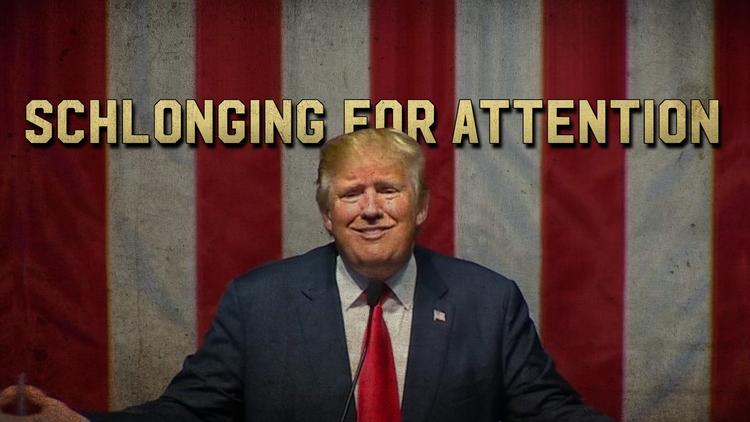 “During the Democratic debate Hillary Clinton returned from the bathroom break a bit late. What’s the big deal? Donald Trump took the opportunity to attack Clinton. Cenk Uygur and Ana Kasparian (The Point) discuss on The Young Turks. . . .

“Donald Trump attacked Hillary Clinton in vulgar terms Monday night, saying that her bathroom break during the last Democratic debate was just too ‘disgusting’ to talk about and then stating she ‘got schlonged’ by Barack Obama in the 2008 presidential race.

‘Even a race to Obama, she was gonna beat Obama. I don’t know who would be worse, I don’t know, how could it be worse? But she was going to beat — she was favored to win — and she got schlonged, she lost, I mean she lost,’ Trump said, using a vulgar Yiddish word for a man’s penis.”

The Young Turks: “Trump on Clinton: She Got Schlonged By Obama”