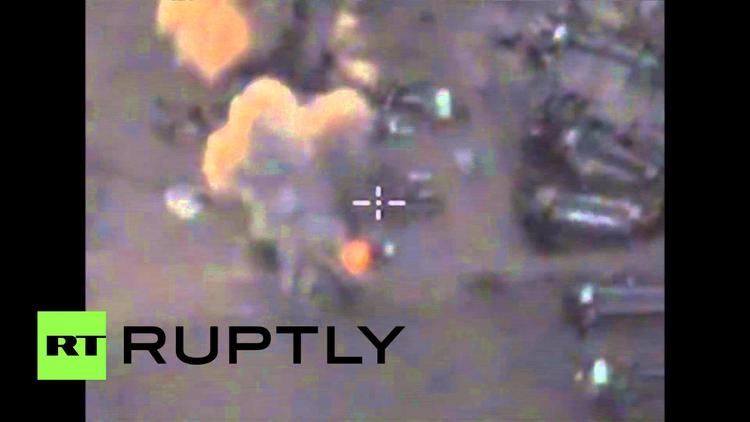 Russia’s aerial intervention in Syria is apparently yielding some modest battlefield advances for the Baath regime of Bashar al-Assad. Russia is also resupplying the Syrian Arab Army, training it in tactics, and giving it strategic advice.

The big news is that Russia airstrikes on the secret headquarters of the Army of Islam in the Damascus hinterlands killed the leader of this major militia, Zahran Alloush, on Friday. Alloush was a Saudi religious scholar. The Army of Islam has several thousand fighters around Damascus. It is backed by Saudi Arabia’s oil billions and seeks to turn Syria into a hard line Salafi/ Wahhabi state. It joined a 7-member coalition, the Islamic Front, the members of which denounced the rebel Syrian National Council for being namby pamby Westernized liberals fooling around with this democracy nonsense. (The Islamic Front also includes the Syrian Freemen, who, however, have a more important set of alliances in the northwest with al-Qaeda and other jihadi groups, under the rubric of the Army of Conquest).

Alloush hated Shiites (if you count Druze, they could be as much as 18% of Syria’s population) and wanted to see them ethnically cleansed. He also had a tactical alliance with al-Qaeda in Syria (Jabhat al-Nusra or the Support Front).

Even though the Army of Islam is guilty of war crimes and has used violence against civilians for political purposes, because of the Saudi connection the United States never declared it a terrorist organization.

New ISW #Syria Control of Terrain map. It's also the base layer for our airstrikes maps. https://t.co/LuVhgJaHAF pic.twitter.com/u8RlWzBhW4

Some of the regime/ Russian victory here was an intelligence coup. The HQ of the Army of Islam was supposed to be a secret. Somehow either Baath military intelligence officers managed to discover it, or Russian SVR/ GRU have developed Syrian field capabilities.

In my experience military folks put way too much emphasis on decapitating the leadership of such organizations. However charismatic and battle-hardened Alloush was, he is not irreplaceable, and the group is large enough and has enough experienced fighters to throw up another leader Moreover, the Saudi salaries are still coming in, so someone is getting a promotion.

Still, it is undeniable that this was a Russian/ regime victory of some proportions.

Another piece of good news for the regime is that it has negotiated an evacuation of 2,000 Daesh (ISIS, ISIL) and al-Qaeda fighters from three southern districts of Damascus, the population of which was being starved out by the regime. The fighters will be allowed to leave with a little personal property and one gun, and will be bussed north to an area where they are strong (al-Raqqa for Daesh, Marea for al-Qaeda).

The regime is already restoring security in these three districts, which will be reincorporated into Baathist Damascus.

This deal is similar to the one worked out for the central Sunni city of Homs, which before the war was a city of about a million (e.g. Albuquerque).

West Aleppo was on the verge of falling to rebel forces, which hold the east of the city, when Russia came into the fray in October. With Russia bombardment and Hizbullah reinforcements, the SAA has reopened the trunk road over which supplies are delivered to West Aleppo, ensuring that the city did not get starved out of food and ammunition. Further, the SAA has pushed al-Qaeda and its ally, the Syrian Freemen (Ahrar al-Sham) out of the southern villages near West Aleppo, further breaking the siege and protecting the enclave. Having retaken and fortified the key southern town of Khan Tuman in the south, the regime’s troops are now moving to the west of Aleppo, where major towns such as Taftanaz and Saraqib are held by rebels.

Aleppo had a population of 4 million and was Syria’s (pop. 22 mn.) largest city before the conflict, so ensuring it does not fall is pretty central to regime goals.

At the same time, the regime has lost some districts in the eastern desert area of Deir al-Zor. But for the moment, its successes are more important.