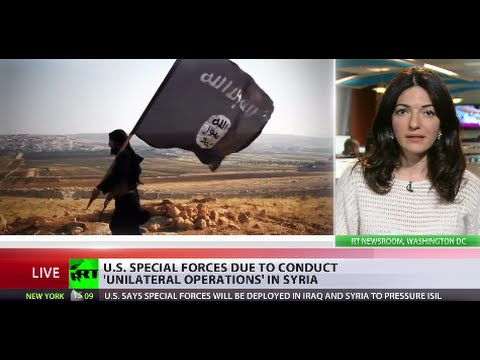 US Secretary of Defense Ash Carter announced Tuesday that the US would send more Special Operations troops to Iraq to fight Daesh (ISIS, ISIL) both in Iraq and in Syria. They would coordinate with and reinforce the Iraqi Army and the Kurdish peshmerga.

It looked to some as though Iraqi prime minister Haydar al-Abadi was being inhospitable with a press release rejecting the sending of new infantry troops by the US to Iraq, especially without Iraqi permission.

However, in fact al-Abadi’s remarks were released Monday before Carter spoke, and were a reply to US senators John McCain and Lindsey Graham, who want to send tens of thousands of foreign troops into Iraq.

Al-Abadi said Iraq had enough infantrymen to take on Daesh, and did not need that sort of outside help, nor would it be welcome without specific Iraqi government permission.

McCain and Graham likely rubbed al-Abadi the wrong way because he remembers them as boosters of George W. Bush’s disastrous war on Iraq. Both of them supported Bush in this illegal assault.

Al-Abadi was not rejecting a small contingent of special operations forces, not was he replying to Ash Carter.

There are, however, forces that really don’t want US troops in Iraq, i.e. the hardline Shiite militias that fought the US a decade ago, and which are now resurgent.

Ja’far al-Husayni, of the Iraqi Hizbullah, pledged that his fighters would take on the US troops who came to his country.

It should be noted, however, that Iraqi Hizbullah (no relationship to the Lebanese) is not a large or important militia, and that we there weren’t immediate reactions to the large militias. One of the few successes these Iraqi militiamen had had was at Takrit, and that only because Obama ordered the US Air Force to give them air support .
—-