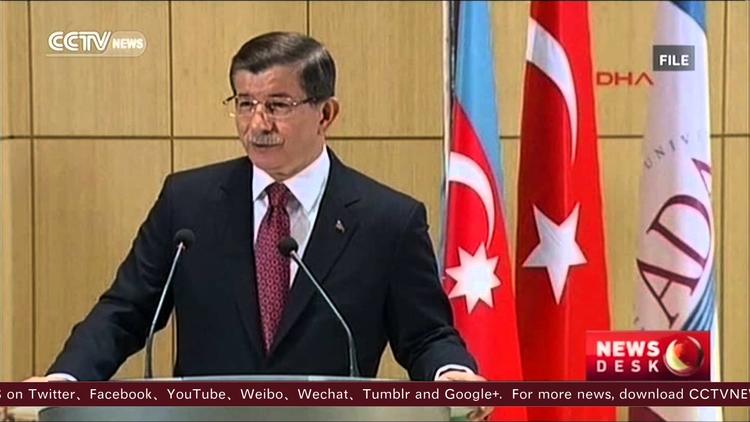 The Turkish and Russian government have continued their war of words that followed on the shooting down of an Su-25 bomber on Nov. 24. Issues include a new Turkish accusation that Russian bombing in the north of Latakia province aims at ethnically cleansing the Turkmen populations there, and that the Iraqi government’s demand that Turkey withdraw its troops from the north was provoked by Russia.

On Wednesday, Turkish prime minister Ahmet Davutoglu accused Russia of bombing northern Latakia province in hopes of stampeding the local population of Sunni Turkmen out of there, so as to strengthen the hold on the province of the Shiite, Alawite minority that supports Bashar al-Assad.

Russia denied the charges, saying they were “manifestations of impotent rage.”

At the same time, Turkish president Tayyip Erdogan said his country would not withdraw 150 Turkish military trainers from a town north of Mosul. They have been training Kurdish Peshmerga or fighters to confront Daesh / ISIL. Erdogan hinted that Russia may be behind the Iraqi insistence that they withdraw, presumably via Iran. Russia has been bombing Muslim fundamentalist fighters taking on the Syrian government. He complained about Sunni Muslims being marginalized in both Iraq and Syria as a result of the “Russian-Iranian-Iraqi Triangle,” which he implied supported Shiite dominance in the region.

“Russian nationalist pundit Sergey Kurginyan said that Turkey and its President Recep Tayyip Erdogan had” departed from “a ‘European course of Turkish development’. We can see an emerging new Turkey taking on anti-Russian actions and ignoring the international law, Kurginyan said, suggesting that the country’s new goal was an expansion of its influence.

This view was echoed by State Duma deputy speaker Oleg Morozov, saying that “Turkey chose the route of pan-Islamism, whereas other countries comply with the international rules”. “

The Russian nationalist guests also expressed worries that Daesh might spread from Afghanistan into Central Asia and up into Russia itself. They noted the fear that Russo-Turkish tension might also harm Russian relations with the Central Asian countries (several of which speak forms of the Turkic language family), though one guest dismissed this anxiety, saying it is not as if Uzbekistan or Kazakhstan are close to Turkey.

The transcript ends, “Kurginyan also suggested there was a strong link between Turkey and ISIL, saying that being a Sunni radical country, Turkey cannot break ties with ISIL.”

(Turkey’s Sunnism and Daesh’s cult don’t actually have much in common, despite what Kuginyan alleged.)

Another point of potential contention is Turkish control of the Bosphorus Strait, which links the Black Sea to the Mediterranean, and which Russia uses to supply the Syrian regime. “Turkey denied Thursday any intention of revising the Montreux Convention, which permits free passage in peace time.”

Russia also began importing Syrian agricultural goods to replace Turkish ones, orders for which Vladimir Putin had cancelled after the shootdown of the Russian bomber.

Russo-Turkish relations continue to deteriorate, with potentially bad economic fallout for both countries, as well a continued danger of further military escalations.