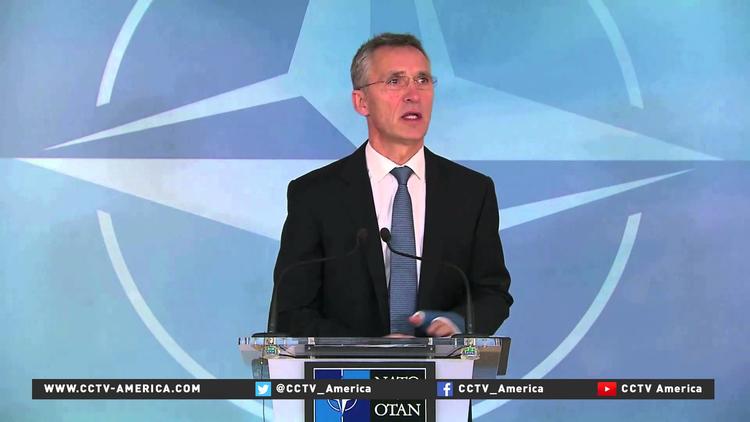 Receb Tayyip Erdogan, the president of Turkey, was once seen as a political breath of fresh air and a beacon of change in the Middle East.

Turkey, Egypt, Iraq, Syria, Algeria, Tunisia and other countries in the region were locked into an unhealthy political gridlock. The larger cities with their educated elites tended to favor secular nationalism in their politics. The rural population and small town folk were divided between religious traditionalists and modern fundamentalists. The traditionalists were often apolitical or found enough meaning in the secular nationalist narrative to support it even if they were not secular-minded. Sometimes they even supported Leftist parties inflected by Marxism. Others were mobilized into being allies of the modernist religious fundamentalists.

The modern fundamentalists not only had popularity in the smaller towns and cities away from the metropolises, but among the lower middle classes in the big cities, as well. They increasingly wanted to inject their fundamentalism into politics, to reshape law and society in accordance with their vision of Muslim society in the time of the Prophet Muhammad. (Since that society was largely non-Muslim and pluralist, and Muslim law was fluid and mostly unformed, their notion of a sharia-ruled golden age is a figment of their imagination.)

But the secular urban elites blocked the fundamentalists. They did not want rural or small town religious utopianism injected into politics. Egypt made a law against parties with a religious basis. Turkey’s elites adopted the Swiss constitution and put secularism into it, forbidding practicing Muslims form entering the officer corps.

The Islamic Revolution in Iran of 1979, when the urban lower middle classes overthrew the regime of Mohammad Reza Pahlavi, made the secular urban elites even more determined to yield no ground to their foes. The fundamentalists in Iran took high generals and members of the secular Pahlavi elite out and shot them. When the Sunni Iranian Kurds chafed under the rule of Persian Shiite ayatollahs, they were taken out and shot too.

In the Arab world, the fundamentalists refused to back down. They were often jailed and tortured. In Iraq, Saddam Hussein put members of the Shiite Dawa Party into mass graves. In Algeria civil war broke out in the 1990s between the secular elite in Algiers and the fundamentalists in the medina or old parts of the cities or the small towns in the countryside. 150,000 died.

You couldn’t have democracy with this stark polarization. The secular urban elites had to exclude the modern fundamentalists from power, they thought, to avoid being taken out and shot as the Pahlavi generals were. They didn’t trust the lower middle classes or the peasants to vote rationally. They felt they had to deny them the vote.

Erdogan himself was jailed in the 1990s by the secular generals in Turkey. But then in 2002 something remarkable happened. His Justice and Development Party (AKP) won the parliamentary elections. The AKP had a Muslim constituency, but it wasn’t a Muslim Brotherhood-style party. It stood for family values. It was center-right. It did not seek to impose a medieval version of Islamic law on Turkish secularists, but did want to make a place for believers in public life. Women who wore headscarfs were then excluded from university campuses. Erdogan and the AKP leveraged Turkey’s aspirations to join the European toward loosening the grip of Turkey’s French-style authoritarian secularism.

The AKP presided over an impressive expansion of the Turkish economy, though as with all Neoliberalism the proceeds were unevenly distributed and there were bubbles.

Even some liberal, secular-minded young Turks gave Erdogan the benefit of the doubt. His model, of a religious-right party that respected secular boundaries and avoided imposing religion on the urban elites, was cited by the Tunisian religious right as it reconstituted itself after the overthrow of the dictator Zine el Abidine Ben Ali. This model might help end the gridlock and permit a move to greater democracy.

In essence, by having a center-right policy with a religious constituency champion pluralism and European Union-style human rights, Erdogan divided the secular urban elite and was able to get reliable majorities in parliament. This tactic might be called an inclusive, positive divide-and-rule.

But in summer of 2013, Erdogan revealed that he was abandoning appeals to pluralism. The AKP Istanbul and Ankara provincial branches cracked down hard on the youth protests over plans to turn Gezi Park into a Muslim mall. The government clearly intimidated the Turkish press into not covering the protests or only covering them negatively. The “democracy” being built by the AKP was revealed to be an elective dictatorship. The party still went to the polls regularly and Erdogan was not a president for life, but it was behaving like Vladimir Putin’s United Russia political party.

Then in June, 2015, the AKP lost the parliamentary elections, gaining only 42 percent of the seats. This development blocked Erdogan from his hopes of rewriting the Turkish constitution to make the system more like the French one, with a powerful presidency, instead of a British-style parliamentary system.

One reason AKP did not get a majority was that a new party, the pro-Kurdish Peoples’ Democratic Party (HDP), got 13 percent of the vote.

Erdogan responded to this relative defeat with his old divide and rule policy. But this time he did not engage in a positive, inclusive divide and rule strategy. He went negative. He started back up a hot conflict with the Kurdistan Workers Party (PKK), a guerrilla group with separatist leanings that had established safe havens on the Iraq side of the border.

His aim was to make the Kurds (20% of the Turkish population) choose between his conservative, Muslim-inflected Turkish nationalism and the leftist Kurdish nationalism of the HDP. He tried to get back the conservative, rural Kurdish vote by associating the moderate HDP with the radical PKK. And he tried to scare the Turks who might have voted HDP in June with Kurdish separatism and the violence launched by the PKK that summer after the peace process was abrogated.

It worked. On November 1, in a snap election called because of the previous hung parliament, Erdogan’s party got almost 50% of the vote, allowing them to rule without forming a coalition with any other party.

In the meantime, Erdogan was involved in the Syrian civil war, backing Muslim fundamentalist groups against the secular authoritarian Baath Party. He backed Salafi groups in the northwest of Syria but not Daesh (ISIL, ISIS), which he occasionally bombed. He had the backing of the US and NATO in this policy of supporting the fundamentalist groups in the Northwest Theater and trying to overthrow the Baath. One embarrassment was that the best fighters on the fundamentalist side were al-Qaeda in Syria (the Nusra Front), with which many Salafi groups were actively allied but with which most of the fundamentalists at least occasionally tactically allied. The Turkmen fundamentalists in northern Syria supported by Turkey in some instances fought alongside al-Qaeda.

But Russia was not on board with this policy, and intervened from late summer to try to prop up the Baath. Russia was not so interested in fighting Daesh, which was out in the eastern desert and not a direct threat to the regime. The direct threat to the regime was the fundamentalists besieging western Aleppo, a regime hold-out, and the province of Latakia, with its key ports and Alawite population. Aleppo and Latakia were being targeted fundamentalist groups backed by Turkey, which set Turkey and Russia against one another.

Then on November 13, Daesh hit Paris. This brought the French into the Syrian struggle for the first time, determined to crush Daesh. And it provoked a French rethinking of the policy of supporting the fundamentalists in the Northwest Theater. The French foreign minister began talking about allying even with Bashar al-Assad’s forces against Daesh. And French president Francois Hollande began talking of a grand and unique anti-Daesh coalition that would include Russia, the very Russia propping up the Baath.

Erdogan was extremely threatened by these developments. It is possible that he again resorted to his old divide and rule tactics, but the divisive, negative sort he had deployed against the Turkish Kurds in the summer. He had a Russian fighter jet shot down, in hopes of driving Russia away from NATO and of making Hollande and NATO choose him and his fundamentalist guerrillas over Russia and the al-Assad government, putting Daesh and the Northeast Front back on the back burner.

This second attempt at divide a rule likely backfired on Erdogan. NATO was dismayed at the shootdown. Hollande flew off to see Putin anyway, and the French foreign ministry went on talking of allying with al-Assad forces against Daesh.

Erdogan’s negative divide and rule has brought Turkey to the brink of chaos. A hot war with the PKK is ongoing. HDP offices have been bombed. The Syria proxy war, supporting hard line fundamentalists allied with al-Qaeda versus Russian-backed forces, is ongoing. Press freedom, always precarious, has evaporated. A Russian economic boycott is being imposed.

Whether Erdogan can still manage to become president for life is unclear. But his negative, violent divide-and-rule tactics are producing a bigger question, of what kind of Turkey he will be president of.

One thing is clear. The so-called Turkish model is dead. The AKP’s behavior has suggested again to urban secular elites that the Muslim religious right can never be trusted. The political distrust and gridlock of the 1990s is back, even if it is now the secularists who are feeling put-upon. Turkey’s downward spiral has regional implications.