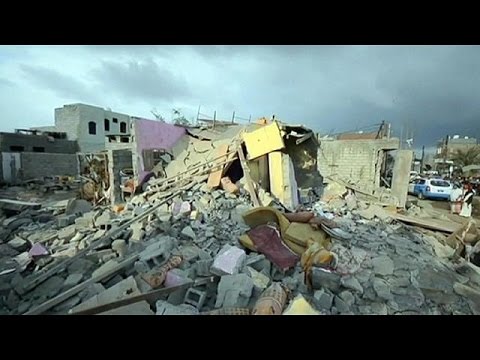 (Beirut) – The Saudi Arabia-led coalition fighting in Yemen carried out at least six apparently unlawful airstrikes in residential areas of the capital, Sanaa, in September and October 2015, killing 60 civilians. Coalition members and the United States, as a party to the conflict, are required under the laws of war to investigate such attacks, but they have not.

Human Rights Watch found no evidence of any military target in an airstrike on the Old City and on al-Asbahi neighborhood in September. Airstrikes that caused civilian casualties on homes on Marib Street and in the neighborhoods of Hadda, al-Hassaba, and Thabwa hit 200 meters or more from possible military objectives. These attacks failed to distinguish civilians from military objectives or caused disproportionate civilian loss. Houthi forces in at least two of the attacks put civilians at unnecessary risk by deploying in densely populated neighborhoods. Human Rights Watch visited the sites in late October and interviewed survivors.

“How many civilians will die in unlawful airstrikes in Yemen before the coalition and its US ally investigate what went wrong and who is responsible,” said Joe Stork, deputy Middle East director. “Their disregard for the safety of civilians is appalling.”

Peace talks among the various Yemeni parties in Switzerland ran from December 15-20 before being adjourned. Any future talks should ensure that victims of laws-of-war violations by any party are provided appropriate compensation. Parties to the negotiations should ensure that there is no amnesty for those implicated in serious crimes in violation of international law.

One coalition attack struck a house in Sanaa’s Old City, a UNESCO World Heritage Site, on the night of September 13, killing 18 civilians and wounding many others. Abd al-Khalik Muhammad al-Khamisi, 29, told Human Rights Watch he was sleeping at home with his family in their second-floor apartment, 50 meters from where the strike hit: “I woke up to a loud noise, and felt the glass from all the windows in the room shatter on top of us. My wife and I asked each other why a bomb would drop here; there was no military target near here. It was so loud, so dark.” Al-Khamisi found his mother holding his 2-year-old son – covered in dust but unharmed.

According to the United Nations, most of the 2,500 civilian deaths since the coalition began its military campaign in late March against the Houthis, also known as Allah Ansar, have been from coalition airstrikes. Human Rights Watch is unaware of any investigations by Saudi Arabia or other members of the nine-nation coalition into these or other allegedly unlawful strikes, or of any compensation for victims. The US, by coordinating and directly assisting coalition military operations, is a party to the conflict and as such is obligated to investigate allegedly unlawful attacks in which it took part.

The coalition has repeatedly used aerial bombs with wide-area effect in populated areas, creating the likelihood of civilian casualties even when a military target is hit, Human Rights Watch said. The attacks Human Rights Watch documented used large air-dropped bombs, weighing from 250 kilograms to as much as 1,000 kilograms. These would have blast, thermal, and fragmentation effects in a radius of dozens or hundreds of meters of impact.

Since the conflict in Yemen expanded in March, Human Rights Watch and others have reported on serious laws of war violations by all sides. Human Rights Watch previously documented 10 apparently unlawful coalition airstrikes between April and August in Ibb, Amran, Hajja, Hodaida, Taizz, and Sanaa that killed at least 309 civilians and wounded more than 414. In all of these cases, Human Rights Watch either found no evident military target or that the attack failed to distinguish civilians from military objectives.

Euronews: “Saudi-led strikes in Yemen criticised by the UN for hitting civilian areas”