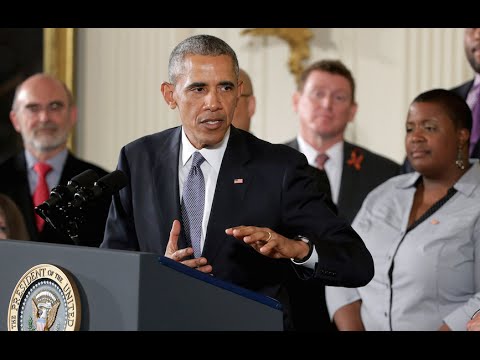 Why is it easier to buy a gun than to board a Plane?

What is your view on the Gunlaw in the USA?

I am teaching in Norwegian Upper Secondary schools this academic year as a Fulbright Scholar in American Studies, on leave from my job in an American high school. One way I engage reticent Norwegian teens is to let them write a question they have about America on a Post-it style note and and confidentially stick it to a designated space in the classroom for me to address at the end of the lesson. The above are samples of earnest questions posted about gun violence in America by Norwegian teens.

The questions are not abstract for them. US gun laws affect other countries. Norway prohibits the sale of clips for hunting rifles that hold more than three bullets. So mass murderer Anders Breivik just ordered clips from the United States.

My privilege is to travel the whole of Norway and engage students and teachers in topics about American history and culture. Whether I like it or not, I am seen as an ambassador for America and someone who has to answer the most pressing issues in our society. Too often I cannot give an answer. Responses I can offer, but answers have been few.

These are old questions from young minds. I have struggled for an answer that I could live with and is achievable, I finally have an answer: The Second Amendment may have guaranteed a right to bear arms. But it states no right to mass killing.

The Bill of Rights was adopted in 1789. In the late 18th Century, the state of the art in personal weapons allowed one person to use a firearm to kill one other person, period. The muzzleloader, with it’s slow rate of reloading, limited range, and sensitivity to weather made mass homicide impossible and inconceivable.

Yes, one committed killer could harm another but then the assailant would face immediate and violent retribution. The muzzleloader perhaps was no more dangerous than a long knife or a cudgel.

The language of the Second Amendment is static, technology is dynamic. Today, one committed person can kill scores of people, innocent civilian citizens whose occasion of geography condemned them to death. This cannot be tolerated.

Yet a law exists that can support a way forward, the National Firearms Act of 1934. The Act made possession of fully automatic rifles very difficult, too difficult for them to be anything feared by the public. A special excise tax, a rigorous federal background investigation, and federal recording of transfer, made acquisition of fully automatic firearms extraordinary.

The idea of “mass homicide” is a powerful mental frame. Imagine using mass killings as a criterion when considering firearms and related equipment. Can this device readily facilitate mass homicide: Yes or No?

One fight will be over detachable ammunition magazines, as it should be. A deer hunting rifle that holds four rounds in an internal magazine is capable of mass homicide but reloading individual rounds makes it slow, especially if the rifle is manually cycled. A firearm with a detachable magazine is more capable of mass killing. And if the gun is automatically loaded and with a detachable magazine, then we know all too well the consequences.

In practical terms a scale will be best to assign increasing responsibility to firearms with greater potential for mass homicide. Imagine a four-level scale to categorize the level of lethality and responsibility. Level one would require minimal scrutiny for firearms like black-powder muzzleloaders. Level four would be maximum scrutiny for firearms that have high potential for mass homicide. What most people think of as assault rifles would join machine guns at this level.

Taking on “mass homicide” can earn support from hunters and firearm users. One, it is hard to argue against. Two, it’s not a ban but an extra measure of security for the public. Without some support from gun owners, progress will be nigh on impossible.

Staunching the carnage of mass shootings seems a tall order, yet there is a way forward though: a path towards more containment and increased responsibility. We can find that way forward through new language and paradigms to usher in a future where the carnages of San Bernardino, Colorado Springs, Charleston… Newtown… Stockton, and too many other American geographies, cannot be repeated. They damage our psychology, our rule of law and our reputation abroad.

As a teacher I like to have answers. In Norway, I have gotten too many questions about mass-gun violence in America to shrug off the problem as of our incredible idiosyncrasies. My Norwegian students deserve better as does the American public.