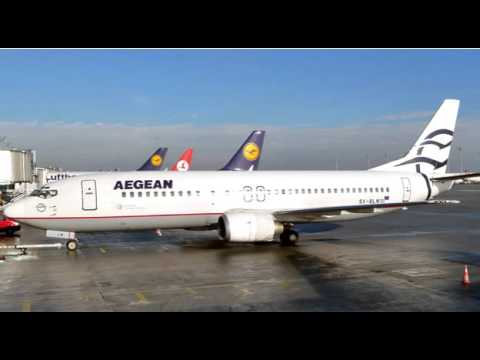 BETHLEHEM (Ma’an) — Greek Aegean airlines on Wednesday apologized to PLO Secretary-General Saeb Erekat for the forced removal of two Palestinians from a flight.

CEO of the Greek airline, Dimitris Gerogiannis, sent a letter to Erekat expressing the airline’s “greatest regret” after a group of Jewish Israelis reportedly pressured cabin crew earlier this week to force the Palestinians on board to disembark.

According to Israeli media reports, the group said the two Palestinians — both citizens of Israel — constituted a “security risk” and prevented the flight from taking off until the two were removed from the aircraft.

The PLO Secretary-General in response expressed “outrage” at the “discrimination and prejudice at the hands of the Aegean cabin crew.”

“We call upon the Greek government to take strong action against this racist act,” Erekat said following the incident, adding that the move was reminiscent of apartheid-era South Africa, “which is not different than the policies carried out by the Israeli government against Palestinians under the pretext of ‘security.”

Aegean CEO in reply to Erekat’s statement acknowledged that “there was unwarranted and indeed unfair continued reaction by a large group of passengers.”

Gerogiannis’ letter concluded: “Again we regret the whole event, once which is quite unprecedented in our experience despite flying for many years to the Middle East.”