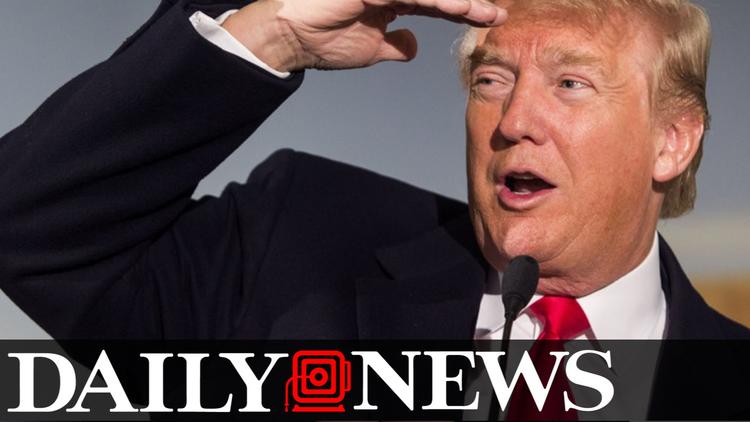 Eva Schloss, an Auschwitz concentration camp survivor, said the U.S. presidential candidate was acting like Hitler, while the world acts as “bystanders” to the refugee crisis.

Donald Trump is acting like another Adolf Hitler, Eva Schloss, an Auschwitz concentration survivor and Anne Frank’s stepsister said in a column published by Newsweek Wednesday, as polls show the United States presidential candidate has 41 percent support among Republican voters.

“I think (Trump) is acting like another Hitler by inciting racism,” wrote Schloss, the co-founder of the Anne Frank Trust U.K. “During his U.S. presidential campaign he has suggested the ‘total and complete shutdown of Muslims entering the United States,’ as well as pledging to build a wall between the U.S. and Mexico to keep illegal immigrants out.”

She added that “If Donald Trump became the next president of the U.S. it would be a complete disaster.”

Schloss, who was once a Jewish refugee in Amsterdam, further commented on the refugee crisis in Europe as she drew similarities between the the Syrian refugees in Europe and the Jewish ones more than 70 years ago.

“I am very upset that today again so many countries are closing their borders,” she wrote. “It is even harder for today’s Syrian refugees who have a very different culture. We were Europeans as well as Jews—we were assimilated.”

She also said the United Kingdom’s behavior towards Syrian refugees now was similar to the country’s policy towards the Jewish ones more than 70 years ago.

“Britain is not taking many refugees from Syria and it’s a problem. Now, David Cameron’s government say they might take in 3,000 unaccompanied children who have arrived in Europe,” she said, adding: ¨It sounds similar to the Kindertransport.”

Schloss was referring to the informal name of a series of refugee efforts which brought thousands of refugee Jewish children to Britain from Nazi Germany between 1938 and 1940.

“The Kindertransport was wonderful in one way but on the other hand, most of the children never saw their parents again. It was a terrible thing to separate those parents from their children,” she said.

The 86-year-old branded the international community “bystanders,” adding that the refugee “situation today is worse than it was under Hitler because at that time all the Allies—the U.S., Russia and Britain—worked together to combat the terrible threat of Nazism.”

She argued that unless world powers work together like they did against Hitler, there will be no solution to the refugee crisis or the world conflicts on the horizon. “I remember how upset the world was when the Berlin Wall was erected in 1961 and now everybody is building walls again to keep people out. It’s absurd.”

Schloss is the daughter of Erich Geirginger and Elfriede Geiringer. Her father died in Auschwitz and her mother—who survived—later remarried Otto Frank, the father of Anne Frank.

Local news outlets said Trump’s representatives did not respond Schloss’ comments. His Twitter feed shows he was busy his rowing with Fox News over not attending Thursday’s Republican debate.

Trump has been compared to Hitler before but this is one of the most powerful comparisons as it comes from a victim of the Nazi leader’s policies.

However, in December last year he was asked if such comparisons “give you any pauses at all?“ during a phone call interview on “Good Morning America.” His response was: “No. What I’m doing is no different from FDR.”