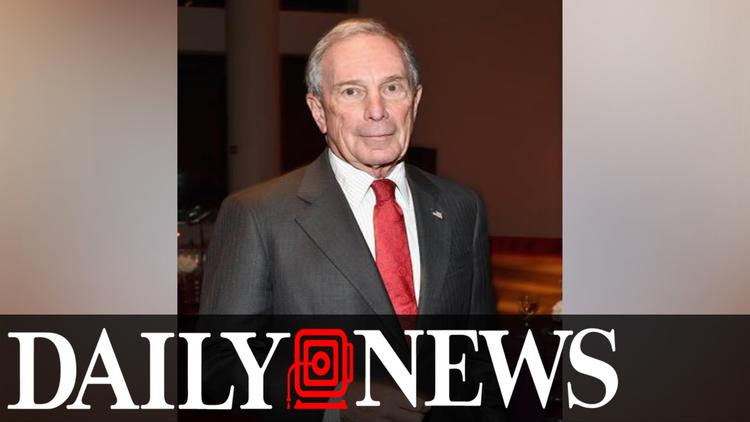 Is the real establishment getting worried?

As news broke Saturday afternoon that billionaire former New York City mayor Michael Bloomberg is “seriously” considering the idea of a third-party run for president in 2016, some political observers immediately smelled a rat.

“Bloomberg hinting at a run is a cynical political threat aimed at Sanders supporters.” —Michael Brooks, media strategistThe New Yorks Times was the first to report that Bloomberg has asked his political team to draw up plans for what a campaign might look like. The Times cited sources close to the former mayor who said he is prepared to invest “at least $1 billion” of his own money in order to finance a run against the Republican and Democratic nominees that ultimately emerge.

The Times reporting describes Bloomberg as “galled” by the dominance of Donald Trump in the GOP race and “troubled by Hillary Clinton’s stumbles and the rise of Senator Bernie Sanders” on the Democratic side.

According to one source, described as having intimate knowledge of the deliberations, Bloomberg has been thinking quietly about this for some time. However, the person is quoted as saying, “It’s gone from idle chit-chat, to ‘let’s take a real look.'”

A third-party independent has never won a presidential race in the United States, but as the Guardian notes, they have arguably made their impacts felt:

In 1912 former president Theodore Roosevelt ran a popular campaign but split the votes of progressives and Republicans, helping Democrat Woodrow Wilson to victory.

More recently, Texas businessman Ross Perot has been credited with helping Bill Clinton win the presidency in 1992, and Ralph Nader has been accused of siphoning off votes for Democrats and helping turn the 2000 election in Republican George Bush’s favor.

The Time‘s reporting discusses the possibility of a Sanders vs. Trump general election as perhaps the most likely scenario in which Bloomberg might considering mounting his campaign.

A Bloomberg candidacy would be devastating to Hillary or Sanders. Here’s to him getting in.

A Preemptive Strike Against a Surging Sanders?

“Mike Bloomberg for president rests on the not-impossible but somewhat unlikely circumstance of either Donald Trump or Ted Cruz versus Bernie Sanders,” former Pennsylvania governor Ed Rendell told the Times. Known widely as a faithful member of the Democratic Party’s establishment vanguard and described by the Times as “a close ally of Mrs. Clinton’s who is also a friend of Mr. Bloomberg,” Rendell said that “If Hillary wins the nomination, Hillary is mainstream enough that Mike would have no chance, and Mike’s not going to go on a suicide mission.”

However, Rendell added that if it was Trump or Sen. Ted Cruz (R-Texas) facing off with Sanders, he might consider throwing his weight behind.

The implications of that suggestion, however, were not lost on astute political observers, especially supporters of Sanders, a candidate who has greatly surprised the Beltway and media establishment by mounting a serious campaign against Clinton. With the Iowa caucuses just over a week away—and with Sanders surging in both state-level and national polls—there has been a palpable sense of unease in the upper echelons of both the major parties about what should be done to dissuade voters from throwing their support behind “insurgent” candidates.

As political commentator and progressive media strategist Michael Brooks immediately noted on Twitter in response to Saturday’s news: “Bloomberg hinting at a run is a cynical political threat aimed at Sanders supporters.”

And according to Matthew Rozsa, a political columnist and a Ph.D. student in history at Lehigh University, a run by Bloomberg would be a disaster, not just for his opponents, but for the nation at large:

A Bloomberg third-party campaign […] would be the proverbial wolf in sheep’s clothes. Even his ideological message is an inversion of American norms; third-party candidates have, traditionally, represented ideas perceived as too extreme for the major parties. Bloomberg, on the other hand, would be a self-declared moderate denouncing the perceived extremism to his left and right from the major parties.

In short, if Bloomberg emerges as a viable third-party alternative in the 2016 presidential election, his candidacy will severely distort our collective understanding of the political world we inhabit today. There are real problems that need to be addressed – income inequality, racial and sexual discrimination, an entire generation cast adrift by an economy that seems to have no use for them – and they require a serious candidate who is willing to openly and aggressively confront them. In Bloomberg, we would have a champion of the status quo who presents himself as a bold game-changer. Frankly, if our next president needs to be an agent of the same, I’d at least prefer it that he present himself as such.