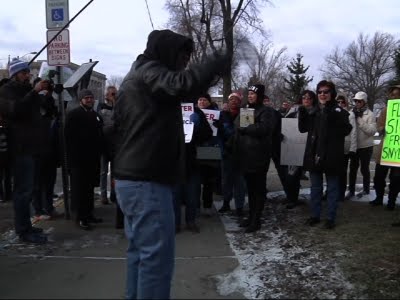 Many observers see race and class as factors in Flint, Michigan’s drinking water crisis. Earlier this week Flint’s mayor, Karen Weaver, said, “It’s a minority community. It’s a poor community. And our voices were not heard.” We asked Robert D. Bullard, Dean of the School of Public Affairs at Texas Southern University and a pioneering scholar in the field of environmental justice, to discuss how race and class have shaped the ongoing public health disaster in Flint.

How do you think regulatory agencies would have handled Flint’s drinking water problems if they were dealing with a middle-class, majority-white community?

State regulators and the U.S. Environmental Protection Agency (EPA) regional office in Chicago would have acted differently if this water crisis had taken place in a white suburb of Detroit. What happened in Flint is a blatant example of environmental injustice. The more information comes out, the clearer it is that this community was not treated according to the usual protocols. It was almost as if regulators didn’t believe them and thought their health wasn’t important.

In studying the history of environmental justice, you see over and over that it generally takes longer for poor communities to be heard when they make complaints. Government officials received complaints in April 2014 expressing that something was wrong with the water in Flint. If regulators at the Michigan Department of Environmental Quality had had to drink that water, or serve it to their children, their response would have been different.

You’ve written about the role of race in government responses to disasters and public health crises. Do you see parallels between Flint’s situation and other cases?

There’s a reason for the title of my book, “The Wrong Complexion for Protection: How the Government Response to Disaster Endangers African American Communities.” We reviewed 80 years of disaster responses, from the 1927 Mississippi River flood to Hurricane Katrina in 2005 and the BP oil spill in 2010. What we found was that government is disproportionately slower to respond to disasters when communities of color are involved.

Unequal protection is a reality. The right to clean air, clean water and safe places for kids to play is something that affluent communities take for granted. But many low-income and minority communities don’t get parks, or street lights, or housing code enforcement, or safe drinking water. The cumulative environmental stresses in these neighborhoods create a toxic stew. And then government agencies don’t respond when people complain. The government’s nonresponse to Flint’s water crisis is on the scale of the federal nonresponse to Hurricane Katrina.

Why do you think regulators may discount complaints from low-income and minority communities? Do they think those residents don’t vote, or are uninformed about the issues they are complaining about?

We still have biases toward poor people in our society. When residents say that brown water is coming out of their taps, there’s an attitude that it’s not a big deal and they should tolerate it. That attitude turns poor and minority communities into environmental sacrifice zones, where polluting facilities are clustered, because the view is that they already have factories or incinerators there and residents are used to it, so why not add a few more?

If you try to put industrial facilities in affluent neighborhoods, residents mobilize with lawyers and scientists, and they tell elected officials that those installations are “not a fit” for their neighborhoods. On the other hand, Flint is in receivership, so you have people running the city who are caretakers and don’t know a lot about it or have a personal connection to it.

One of your early books, “Dumping in Dixie,” described environmental racism in southern states. Do you think the problem is equally urgent in other regions of the United States, such as the Midwest, or does it vary?

Environmental injustice is not unique to the South. For example, Dorceta Taylor and Paul Mohai at the University of Michigan have shown that African Americans and Latinos in Detroit are disproportionately impacted by polluting industries and hazards. What’s happening in Flint is just a continuation of that pattern.

Are there opportunities for progress in Flint’s water crisis?

We need to look at the interactions between communities and state regulatory agencies, and between state regulators and federal regulators. The EPA has 10 regional offices across the United States, and often those offices’ relationships with state agencies exclude threatened communities from discussions. The key question is how to provide equal protection to disenfranchised communities and make sure their voices are heard.

The EPA has proposed revisions to its regulations implementing Title VI of the Civil Rights Act of 1964 and other laws that prohibit discrimination in programs or activities that receive federal funding.

Last week at an EPA listening session in Houston, I urged the agency to strengthen its standards and police environmental discrimination more aggressively. We have one set of laws and regulations, and they should be enforced equally across the board.

Flint residents deserve the same level of protection as any other Americans.