by JOSEPH RICHARD PREVILLE and JULIE POUCHER HARBIN for ISLAMiCommentary on JANUARY 7, 2016:

Ibn Khaldun (1332-1406) was a colossus among Muslim scholars. Stephen Frederic Dale gives us a portrait of this extraordinary man in his new intellectual biography, The Orange Trees of Marrakesh: Ibn Khaldun and the Science of Man (Harvard University Press, 2015). “Ibn Khaldun,” he writes, “created the world’s first known example of historical sociology, a philosophically inspired discipline commonly thought to have originated in Western Europe.”

Dale’s book stands out in the large library of books and studies about Ibn Khaldun for its sharp focus on the philosophical foundations of his work. Philosophy is at the heart of Ibn Khaldun’s method, according to Dale. He states that Ibn Khaldun “forcefully and repeatedly indicates he has adopted Greco-Islamic philosophical ideas and methodology to revolutionize historical research, which he then employs to produce a comprehensive study of North African Muslims in his era.”

Stephen Frederic Dale discusses his new book in this interview.

What drew you to the life and thought of Ibn Khaldun?

As is true of so many students of Middle Eastern and Central Asian history — regions where tribes, especially pastoral nomads, coexist with sedentary societies — I was intrigued by Ibn Khaldun’s dialectical model, in which he offered a theory to explain or account for the rise and fall of states that were founded by tribes. This includes, of course, the early history of Arab Muslims as well as groups, such as the Mongols of Central Asia or, in Ibn Khaldun’s case, the Berber empires of North Africa and Andalusia.

The title of your book is intriguing. How do the orange trees of Marrakesh figure into Ibn Khaldun’s view of history?

Ibn Khaldun argued that the planting of decorative orange trees that produced inedible fruit (now perhaps termed “bitter oranges”), was one sign of dynastic senility. That is, when regimes became addicted to such useless luxuries, they were on the descending slope of the bell curve of the rise and fall of tribal states. Incidentally, I had early in my career, before reading Ibn Khaldun, visited Marrakesh when the orange trees were in blossom. The scent was heavenly, thus the irony.

You write that Ibn Khaldun’s Muqaddimah has “generated a cottage industry of studies throughout the world.” There have even been entire conferences dedicated to his life and work. How does your book offer a new or different perspective?

Ibn Khaldun said he was reinventing the historical discipline by using Greco-Islamic philosophical ideas/categories, and logical methods of proof, most derived from Aristotle and Galen, to identify the nature of societies. By adopting Ibn Khaldun’s methodology Muslim historians could accurately explain the essence or natures of societies, which would allow them accurately to depict their historical trajectories. He borrowed these ideas from Aristotle’s physics, and his logical reasoning from Aristotle’s Organon. Most studies of Ibn Khaldun ignore this, although philosophical ideas and logical methods shape the Muqaddimah. It is impossible to understand Ibn Khaldun’s work or his ideas about religion and philosophy beyond a superficial level without explaining this. My book is, first and foremost, dedicated to this purpose.

My book also discusses fundamental anthropological field work evidence about tribal life that scholars routinely ignore. In the course of doing this, I also critique Ibn Khaldun’s theories, which is almost never done because Ibn Khaldun has become such an iconic figure — someone to be praised and quoted, rather than critiqued — although Ibn Khaldun, a rationalist, would have welcomed such critiques.

Finally, I explain why Ibn Khaldun’s work so closely resembles the social theories of eighteenth, nineteenth and twentieth century European thinkers, such as Montesquieu, David Hume, Adam Smith and Émile Durkheim. The resemblance has often been noted, but never really explained. The similarity, I argue, is due to the fact that like Ibn Khaldun, these Europeans had philosophical training and asked the same questions about the nature of society and trajectory of history as he did. A specific intellectual link between Ibn Khaldun and European thinkers goes through Paris, where Thomas Aquinas studied the Aristotelian summaries of the Andalusian philosopher Ibn Rushd (Averroes), which were also later read by Ibn Khaldun, and even later in the sixteenth century by Scottish scholars and others at the University of Paris. Ibn Khaldun is thus a member of an intellectual lineage that begins with Plato and Aristotle, continues with Muslim rationalist scholars, and is revived by Europeans in the eighteenth century.

How much does Ibn Khaldun reveal about himself, including his interior life, in the Muqaddimah and his memoir?

He reveals a great deal about his knowledge, career and social and political biases, but almost nothing about his emotional or family life, apart from a few, a very few allusions to his feelings. His memoir is a narrative account of his life. It is not by any modern definition, an autobiography, a retrospective account/justification of a life.

Which scholars of Ibn Khaldun and their works have influenced your research?

Muhsin Mahdi, who in his early book, Ibn Khaldun’s Philosophy of History (G. Allen and Unwin, 1957), alludes to, but does not fully explain, philosophical concepts in the Muqaddimah and how they structure this work. Bruce Lawrence at Duke University has influenced me by generously encouraging my work on a subject he understands better than nearly all scholars in the United States.

Arnold J. Toynbee called the Muqaddimah “a philosophy of history which is undoubtedly the greatest work of its kind that has ever yet been created by any mind in any time or place.” What do you think are the sources of Ibn Khaldun’s genius?

Arnold J. Toynbee recognized the unique quality of Ibn Khaldun’s work, but he did not understand its philosophical basis and he mischaracterized it as a philosophy of history. The Muqaddimah is a work of Historical Sociology and it provides a model to explain one specific aspect of historical change: the relations between rural tribes and urban states, which was a constant feature of North African history.

His “genius” consisted of offering a philosophical program for transforming history from a series of meaningless and usually sycophantic narratives into social analysis. He was the first scholar in any civilization to do so. Of course, almost no one paid any attention at the time. Only in the twentieth century Annales School was his vision of a philosophical historical discipline partially realized. 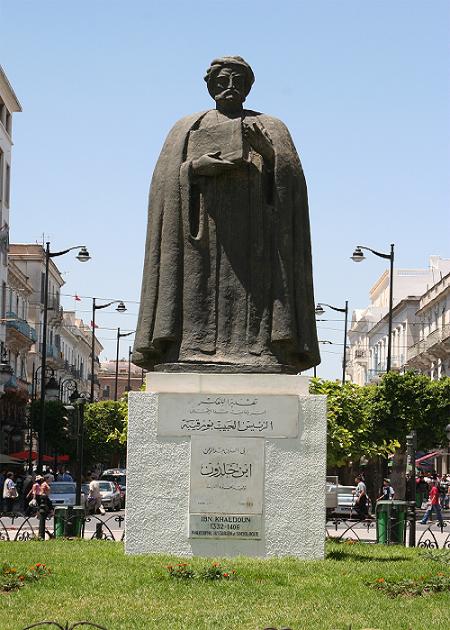 What can we learn from Ibn Khaldun’s “comprehensive survey…of North African Arab Muslim society, politics and culture in the fourteenth century” that is applicable today? Why should we continue to read and study him?

We can learn a great deal about the breadth of Arab Muslim culture in this age before the rise of the major early modern Muslim empires. A study of Ibn Khaldun’s summaries of knowledge and allusions to an entire galaxy of scholars points to the richness of this culture in the fourteenth century.

Even modern/contemporary scholars could learn a great deal about the demands of historical research from Ibn Khaldun, and they certainly should understand something that is often mentioned in books, but not always fully appreciated. And that is the intellectual significance of the translation movement in ‘Abbasid Baghdad (750-1258 CE), that gave rise to the rationalist tradition in the Islamic world that Ibn Khaldun utilized in such a brilliantly original way. It was the translation of the works of Plato, Aristotle, Euclid and other Greek thinkers into Arabic that established a philosophical tradition in the Islamic world. Figures such as Al-Farabi, al-Biruni, Ibn Sina/Avicenna and Ibn Rushd (Averroes) studied, commented on and critiqued Aristotle particularly, and Ibn Khaldun derived his ideas from their commentaries and précis of Greek philosophical and scientific works.

It is also, finally, worth considering – if not always uncritically accepting – the contrasts Ibn Khaldun draws between the different natures of rural tribes and sedentary societies. In Iraq as well as Libya and Afghanistan tribal societies are still very much intact. Among a host of other acute observations Ibn Khaldun makes about state formation in tribal regions is the difficulty of controlling territory inhabited by tribes, whose social tenacity and formidable military traditions make this difficult. Anyone who recalls the ease at which the Soviets occupied Czechoslovakia after the Prague Spring and the difficulties they had in pacifying Afghanistan might consider it worthwhile to read the Muqaddimah for stimulating ideas about current states where tribes continue to be a formidable presence.

Can you recommend a few books for serious students of Ibn Khaldun?

Well, modestly, my own, but the best short study currently available is the recent well-written and insightful work by Syed Farid Alatas, a sociologist in Singapore. It is simply titled Ibn Khaldun (Oxford, 2013), and available in an inexpensive paperback. French or French-trained scholars have excelled in this field and two excellent studies are now in print. One is by Abdesselam Cheddadi, Ibn Khaldun: L’homme et le theoricien de la civilization (Gallimard, 2006), and the other is Claude Horrut’s Ibn Khaldun: Ibn Khaldun: Un Islam des Lumieres? (Complexe, 2004)