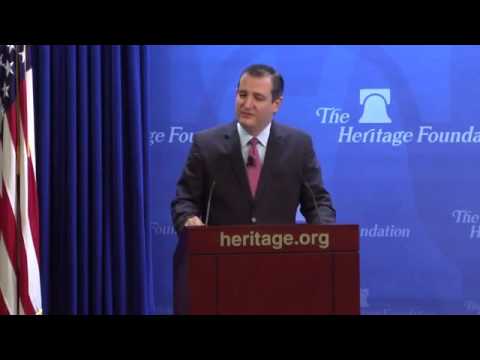 Foreign policy is not a strong suit for most of the Republican candidates for president. Many of them probably couldn’t find Syria on a blank world map. But the fate of Syrian strongman Bashar al-Assad has become a flashpoint issue distinguishing them from one another.

Donald Trump is against overthrowing al-Assad, on the grounds that the Syrian opposition that might replace him is full of unknowns. Indeed, Trump wants to just turn Syria over to Russian president Vladimir Putin.

Emma Margolin of NBC News got a wideranging interview with Dr. Victoria C. Gardner Coates, Cruz’s foreign policy adviser. An art historian, Coates wants to revive Jeanne Kirkpatrick’s distinction between authoritarian leaders and totalitarian ones, and apply it to Syria. Just as Kirkpatrick thought that Jimmy Carter was wrong to turn on Latin American dictators (and so implicitly to aid leftist movements like the Sandinistas), so Coates and Cruz think that the US should leave Bashar al-Assad in power. Overthrowing al-Assad, they argue, would just allow jihadi groups like Daesh (ISIS, ISIL) and al-Qaeda to sweep into Damascus. So the priority has to be destroying Daesh; if al-Assad survives, so be it. Cruz told the Heritage Foundation, “For as bad as [President Bashar al-]Assad was and is, radical jihadis patrolling Syria would be a significant turn for the worse.”

One problem here is that Kirkpatrick would certainly have seen the Baath Party in Syria as totalitarian and not just authoritarian. Another problem is that Kirkpatrick was just wrong. The Latin American left, which she characterized as incapable of evolving toward democracy, has often done just that, as in Brazil. Many right wing dictatorships like that of Saudi Arabia, in contrast, are just as authoritarian now as they were in the 1980s. Hosni Mubarak’s Egypt likewise showed itself so brittle it could not deal with the youth demands of 2011. So her her entire theory has been shown to be incorrect, and shouldn’t be the basis for anyone’s foreign policy.

Cruz wants to destroy Daesh with “overwhelming air power” and by arming the Kurds (which is essentially the Obama policy. It doesn’t work because a) you can’t destroy a guerrilla movement with air power alone and b) the Kurds don’t feel comfortable taking Sunni Arab areas like Raqqa or Mosul all by themselves.)

Margolin noted a Neoconservative editorial at the Washington Post that lambasted Cruz for being willing to let al-Assad stay on even though he was allied to Iran.

She also pointed to a Marco Rubio op-ed at Politico where Florida’s junior senator said “We will only be able to protect our people at home if we defeat ISIL abroad. I would build a multinational coalition of countries willing to send troops into Iraq and Syria to aid local forces on the ground.”

Rubio said, “Cutting off oxygen to ISIL also requires defeating Assad in Syria. I would declare no-fly zones to ground Assad’s air force and coalition-controlled “safe zones” in the country to stop his military. These safe zones would stem the flow of refugees and provide a place to train and arm rebel fighters. I would oppose Russia and Iran in their fight to prolong Assad’s brutal regime.”

Rubio’s approach to Syria is World War III. He plans a mulinational army of invasion to conquer al-Raqqa province in the East. He plans safe zones for Syrian opposition Sunnis where guerrillas would be trained to attack al-Assad’s Syrian Arab Army. But any such safe zones would just be attacked, so there would have to be, realistically, 100,000 US troops on the ground if they were to be effectively defended. Attempting to stop Russian planes from flying missions against the guerrilla groups fighting the government (most of which are by now part of al-Qaeda or its coalition) would require a hot war with the Russian Federation.

Rubio’s confident assertions of the need for a conventional American invasion of Syria would seem less terrifying if one were convinced he had the slightest idea what he is talking about. In congressional hearings at which John Kerry spoke last year, Rubio displayed ignorance that Iran opposes Daesh, not seeming to know the difference between Sunnis and Shiites.

Rubio’s insistence on what is essentially an American invasion of Syria to overthrow al-Assad, which apparently would make the Washington Post editors happy, derives in some important respects from corrupt casino mogul Sheldon Adelson, also one of the forces behind Israeli PM Binyamin Netanyahu.

In contrast, Cruz has attracted a lot of Texas money, including the backing of tech entrepreneur Darwin Deason, and perhaps Cruz’s billionaires are less impressed by Neoconservatism than is Adelson.

In Rubio’s camp, of expansive US military action and the overthrow of al-Assad, is also Jeb Bush, whose foreign policy team is full of the same people who invaded Iraq in 2003.

Trump and Cruz represent departures from Neoconservatism. Neither is an isolationist. Neither has been captured by billionaire donors particularly interested in large-scale wars and in tangling with Iran and its clients. Moreover, that they are at the moment leading in the polls suggests that Neoconservative influence in the GOP may be waning.