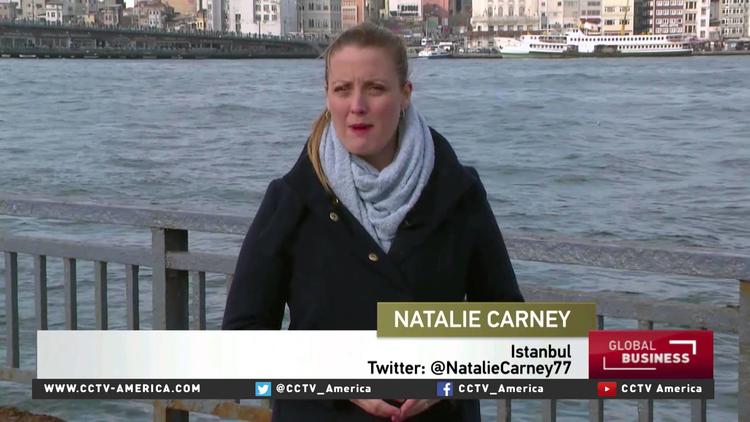 If Iran successfully engages in a Chinese-style economic development program it would further enhance its geopolitical status and significance.

It’s currently quite a toss-up when it comes to naming the hardest working man in geopolitical business: Chinese President Xi Jinping or Iranian President Hassan Rouhani.

Their paths cross last week in Tehran in spectacular fashion as Xi and Rouhani clinched a crucial strategic partnership. The two nations agreed to increase bilateral trade to $600 billion over the next decade. Geostrategically, as I pointed out, that was a master class.

Beijing regards Iran, not only in Southwest Asia but across Eurasia, as the essential hub for countering Washington’s much-advertised “pivot to Asia,” centered on U.S. naval hegemony. No wonder Xi made it clear that Iran is to be accepted as a full member of the Shanghai Cooperation Organization (SCO) as early as this year.

A strategic partnership implies Beijing’s full support for the Iranian economic/political/diplomatic renaissance across the arc spanning the Persian Gulf to the Caspian – and beyond. The arc also happens to span all the crucial New Silk Road maritime and land routes that are vitally important for the global projection of the Xi-coined Chinese dream.

And then, only a few days later, Rouhani was in Rome in a warm closed door meeting with Pope Francis after clinching $17 billion in multiple deals.

This frantic post-sanction activity only enhances, in perspective, the absurdity of the Washington-manufactured Iranian nuclear crisis. Geopolitical realism, from Europe to Asia, cannot ignore a nation placed in the intersection of the Arab, Turk, Indian and Russian worlds, underscored by its role as privileged entry and exit point to the vast Caucasus-Central-Asia ensemble, which also includes Afghanistan.

Geostrategically, as the ultimate Eurasian crossroads, Iran is unbeatable, linking the Middle East, Caucasus, Central Asia, Indian subcontinent and Persian Gulf; between three seas – Caspian, Persian Gulf and Sea of Oman; relatively close to the Mediterranean and Europe; and on the doorstep of Asia.

Xi did not have to talk explicit politics in Tehran as he was suffice to clinch deal after deal to impress his point. The long-term trend, inevitably, is for China’s One Belt, One Road vision to bridge the gap toward a Sino-Russian leadership across Eurasia, which translates practically into the progressive sidelining of the British-American imperial continuum. Meanwhile, Italy and France, during Rouhani’s European tour, kept themselves busy playing catch-up.

The frantic post-sanction Iranian scene at least punctures the previous, relentless Western demonization and lays out the bases for   economic development in just about every sphere. The Islamic Republic of Iran has faced a tremendous handicap for the past 36 years – something that would have broken any less-resourceful society.

Sanctions over the past 10 years cost Iran at least 480 billion euros; that’s roughly one full year of Iranian GDP. In a world not ruled by the usual suspects of financial oligarchy, Tehran would have grounds to take Washington to court with a vengeance.

As for the “Iranian aggression” meme – which, by the way, still persists – that’s a lousy imperial joke. Iran spends 3,9 percent of GDP on defense; compare it with 10.3 percent for the House of Saud oil hacienda. In total, Iran spends seven times less on defense compared to the Gulf petro-monarchies, which cannot subsist without their mostly U.S., British and French weaponizing.

The road ahead for Iran will be bumpy. Serious problems include corruption, bureaucratic incompetence, and economic sectors reserved to special interests or barred from foreign investment. Sections of the power elite – like the bonyads (religious foundations) and the pasdaran (the IRGC) are not exactly prone to relinquish their grip on vital sectors of the national economy. The economic opening of Iran will inevitably accelerate the social transformation of the country.

What happens next will largely depend on the crucial, upcoming February elections – which will yield a new Majlis (Parliament), and a new Assembly of Experts in charge of choosing the next Supreme Leader.

Iran is a unique geopolitical case – where a republic derives its legitimacy, simultaneously, from Islam and universal suffrage. This may not be your classic Western parliamentary democracy, but at the same time it’s not some sort of crude authoritarianism of Saudi Arabia. A quite complex system of checks and balances is in place, involving the presidency, the Parliament, the Council of Guardians, the Assembly of Experts and different bodies such as the Discernment Council and the National Security Council.

Supreme Leader Ayatollah Khamenei has made it very clear he will pay close attention to cultural, political and security consequences of an economic opening that could enfeeble the revolutionary ideology of the Islamic Republic. What’s certain is that the Supreme Leader – as an arbiter – will preserve the careful balance of political forces in Iran.

This means, in practice, that Team Rouhani won’t be allowed to draw unlimited political capital from the economic opening, while at the same time the social and cultural transformation of the country won’t be synonymous to a Western cultural invasion.

The Vienna nuclear deal clinched last summer was no less than a seismic geopolitical event in Iran. Internally, it sealed a consensus between the Tehran state machine and the majority of the population, which wanted Iran to become a “normal” nation again.

Now comes the hard part. The most probable scenario spells out an Islamic Republic of Iran engaged in a Chinese-style economic development program. Sort of a Persian “get rich is glorious” remix, under strict political control.

This begs the question: are we ready for the new Supreme Leader role as the Iranian Deng Xiaoping?

Pepe Escobar is an independent geopolitical analyst. He writes for RT, Sputnik and TomDispatch, and is a frequent contributor to websites and radio and TV shows ranging from the US to East Asia. He is the former roving correspondent for Asia Times Online, where he wrote the column The Roving Eye from 2000 to 2014. Born in Brazil, he’s been a foreign correspondent since 1985, and has lived in London, Paris, Milan, Los Angeles, Washington, Bangkok and Hong Kong. Even before 9/11 he specialized in covering the arc from the Middle East to Central and East Asia, with an emphasis on Big Power geopolitics and energy wars. He is the author of "Globalistan" (2007), "Red Zone Blues" (2007), "Obama does Globalistan" (2009) and "Empire of Chaos" (2014), all published by Nimble Books. His latest book is "2030", also by Nimble Books, out in December 2015. He currently lives between Paris and Bangkok. Follow him on Facebook: https://www.facebook.com/pepe.escobar.77377