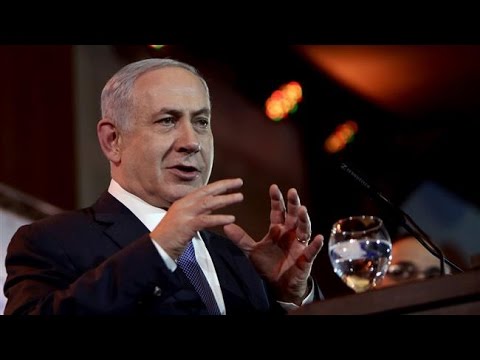 BBC Monitoring reports that over the weekend, even as the great Powers were certifying that Iran was in compliance with the UNSC deal permitting only civilian enrichment of uranium, Israeli Prime Minister Binyamin Netanyahu, who had attempted to derail the negotiations, continued to try to derail it. El’ad Benari reported on Arut 7 Radio that

“Even after signing the nuclear deal, Iran has not relinquished its ambition to obtain nuclear weapons, and continues to act to destabilize the Middle East and spread terror throughout the world while violating its international commitments . . .”

Israel has several hundred nuclear warheads, produced at its Dimona enrichment facility, and has refused to sign the Nuclear Non-Proliferation Treaty or to allow UN inspections of its arsenal. Israeli leaders have sometimes hinted around that they would nuke their neighbors under certain circumstances.

For his part Iranian President Hassan Rouhani said that “all are happy except Zionists, warmongers, sowers of discord among Islamic nations and extremists in the U.S.”

In contrast, the liberal pro-Israel US lobbying organization J Street supports the Iran deal. It has pledged to try to unseat Sen. Mark Kirk, R-Ill., and Sen. Ron Johnson, R-Wis., two of its biggest Republican opponents.

I have argued that there is a real sense in which the Iran negotiations were a project of the American Jewish community, supported by most Jewish Democrats in Congress.

Netanyahu’s refusal to admit defeat on a negotiation finalized and endorsed by the entire United Nations Security Council reminds me of the Black Knight fight scene in Monty Python and the Holy Grail: