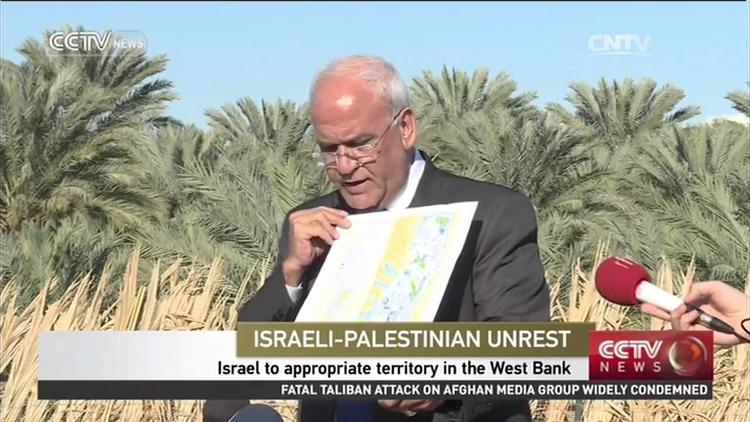 Israel is preparing to make its largest land seizure in the West Bank since August 2014. Israeli settlers are already farming the 154 hectares in the Jordan Valley, displacing Palestinian communities.

United Nations Secretary-General Ban Ki-moon has called on Israel to change its settlement policies. Settlements are illegal on occupied territory. They undermine the widely acknowledged right of Palestine to statehood. Yet Israel violates international law with near impunity.

The Israeli-Palestinian dispute is the perennial dilemma of the modern international legal system. In 1947, the new UN resolved a Plan of Partition to create an Arab state and a Jewish state on Palestinian territory. The Jewish state – Israel – was declared in 1948. Palestine, though, remains a nascent state.

The Israeli government publicly states its commitment to a “two-state solution”. Yet many of its ministers oppose the proposal and the peace process itself.

Academic and author Padraig O’Malley recently reported that the Israeli Defence Force is increasingly becoming a religious army. Its ideological makeup may very soon make it incapable of enforcing the evacuation of 100,000 Israeli settlers required to leave the West Bank to enable a two-state solution.

The Israeli ‘wall’ and Palestinians’ rights

Israel’s construction of a wall in the West Bank symbolises its posture towards international law. Construction began in 2002 and is around 80% complete. The wall extends more than 700km in length, including at least 70km of concrete slabs.

Israel calls the wall a “separation barrier”. In 2002, then-prime minister Ariel Sharon claimed the wall was necessary to protect citizens from Palestinian suicide bombers. Some commentators credit the wall as highly successful in achieving this. Others question whether reductions in terrorist attacks can be attributed to the wall. Some refer to it as an “apartheid wall”.

The wall does not follow the “Green Line” considered essential for preserving territory to create a viable Palestinian state. 85% of the wall runs inside occupied Palestinian territory on the West Bank. Some Palestinian towns are almost entirely encircled by it.

In 2004, the International Court of Justice concluded that Israel’s construction of the wall violated a number of international legal principles. These included:

In 2014, the UN Office for the Co-ordination of Humanitarian Affairs in Palestine reported that:

It is my sincere hope that whoever succeeds me will manage to resolve the current impasse, and so reassure the Palestinian people that after nearly half a century of occupation the world has not forgotten their plight and that universal human rights are indeed universal.

Palestine’s status in the international community

The UN has always been a key site of Palestinian advocacy. The General Assembly and Security Council have resolved that Israel is in violation of the prohibition on the acquisition of territory by force.

Since 2012, Palestine has had permanent status as a UN non-member observer state. Palestinian Authority President Mahmoud Abbas described this elevation as progress towards a “birth certificate” for a Palestinian state.

In 2015, the UN General Assembly voted to fly the flags of non-member observer states at its headquarters. Ban described the subsequent raising of the Palestinian flag as a sign that Palestinian statehood can be achieved.

Australia is out of step with the weight of international law and sentiment on Israel’s conduct in Palestine. Recent governments have kept policy settings in line with the strongly pro-Israel US.

During the 2014 Israeli bombardment of Gaza, Turnbull said:

Israel risks extinction, Israel faces an existential threat every day … The battle, the problems between Palestinians and Israel are immense and complex, but right here and now the fundamental issue that Israel faces is its fight to defend the safety of its people.

Yet some have recently argued that Turnbull is well positioned to shift Australia’s stance on Israel. Turnbull’s liberal internationalist posture is in line with the British and Canadian governments. These countries balance support for Israel with sufficient independence to condemn illegal actions.

In the Israeli wall case, the International Court of Justice concluded that individual countries and the UN were obliged “not to recognise the illegal situation resulting from the construction of the wall”. And UN member nations were advised to consider what they could do to bring the illegal situation to an end.

Turnbull must denounce the illegal occupation of Palestine and its effects if Australia is to meet these obligations under international law.