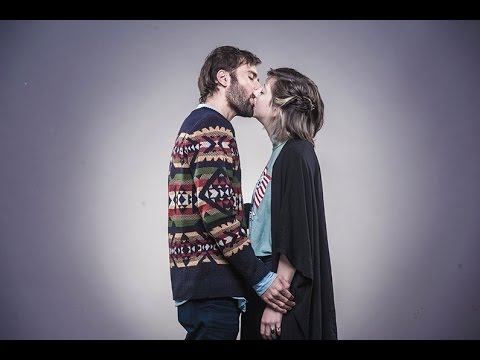 Dorit Rabinyan’s novel Borderlife treats a love affair in New York between an Israeli woman and a Palestinian man, which ends when they return to their respective homes. The novel began being assigned by those inveterate social radicals, the High School Teachers, in Israel. But then senior officials of the ministry of education banned the book. Later they said it wasn’t banned and could be taught, but would not form part of any examination. (In education systems with year-end examinations, elective material that cannot appear on the exam is usually not much taught).

In the United States, the rate of out-marriage among American Jews is about 50%; many Israelis, whether Jews, Christians or Muslims, do not approve of of mixed marriages. Taboos on intermarriage in the US collapsed in the mid-1960s, apparently as a result of the influence on young people of the Civil Rights movement. 39% of American marriages in the past five years were interfaith. Of course, many Americans have ceased marrying at all, and those informal unions are also often interfaith. 45% of American Muslims also marry outside their faith.

The high-handed intervention of the ministry of education has been met with protests. Some 5,000 readers went out and bought the novel in just 1 week.

Then TimeOut Tel Aviv, the lifestyle site, made a video of Jews and Arabs kissing, which has gone viral:

“The Israeli Ministry of Education decided to ban from the school program a book describing an affair between a Jewish woman and an Arab man. So TimeOut Tel Aviv have decided to ask Jews and Arabs to meet and to kiss.

Six couples of Jews and Arabs – male and female, gay and straight – have decided to do the “forbidden deed” and express love infront of our camera.
Some of them were couples, some just friends, some have never met prior to the shoot.

Jews and Arabs refuse to be enemies.

In August of 2014, the far right wing Lehava movement shouted “death to Arabs” outside a mixed wedding, where a Jewish woman had actually converted so as to marry her beloved. I wrote at that time:

An Israeli crowd gathered outside the wedding of a Muslim man and a Jewish woman in Rishon Lezion, shouting “death to Arabs” on Sunday. They were from the far right Lehava group, and make a specialty of harassing couples in mixed marriages. They called Maral Malka, 23, a traitor for converting to Islam and marrying Mahmoud Mansour, 26. Both hail from Jaffa. Ms. Malka’s father, Yoram, opposed the marriage as well, and said that he had a problem with his new son-in-law because he is “an Arab.” (It is interesting that he used a racial rather than a religious epithet). Israel’s recently-elected president, Reuven Rivlin, denounced the protest as “outrageous.”

Religiously mixed marriages are not permitted in Israeli law, though they are recognized if conducted abroad and then the bride and groom return. Often couples fly to Cyprus for a marriage and honeymoon if they hail from different faiths but are Israeli citizens. An average of 20,000 Israelis get married in Cyprus every year, about 60% of them ineligible for marriage by the rabbinate. For others, going to Cyprus or the Czech Republic functions like an elopement, to avoid having to throw a huge wedding party. Some Palestinian-Israelis, one a Muslim and the other a Christian, also have to tie the knot abroad because their religious authorities won’t marry them. Israeli personal status law, like that in Lebanon and Egypt, is governed by the individual’s religious community.

This marriage could be conducted in Israel because Ms. Malka converted.

I remember when I was an early teen that it was still illegal for European-Americans and African-Americans to marry in Virginia.