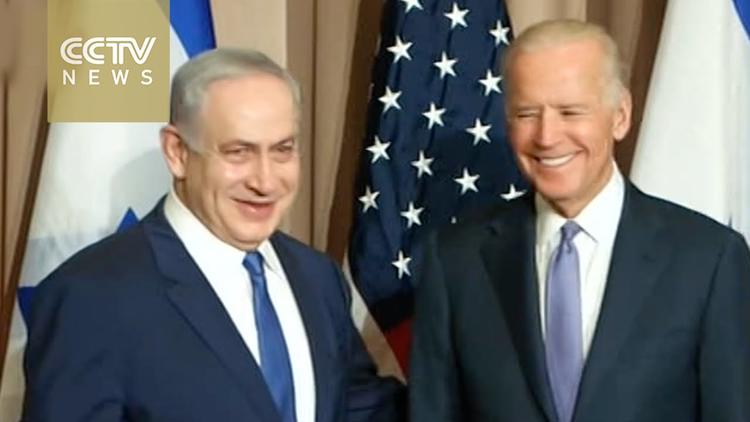 At the Davos World Economic Forum, Israeli Prime Minister Binyamin Netanyahu insisted that the deal between the UN Security Council and Iran limiting its enrichment program to purely civilian uses had made Israel less secure, and that it must therefore be granted tens of billions of extra military aid from the United States.

Netanyahu made the claim on the US taxpayer in the wake of his harsh words for the US ambassador to Israel, Daniel Shapiro.

Shapiro had addressed a conference earlier this week in which he said that the Obama administration now questions the commitment of Netanyahu’s government to peace with the Palestinians. Shapiro said that Israel wasn’t acting credibly to curb the violence of Israeli squatters on the Palestinian West Bank against Palestinians, and that it should open more land to the Palestinians: “Too much vigilantism goes unchecked, and at times there seems to be two standards of adherence to the rule of law, one for Israelis, and another for Palestinians. . . Hovering over all these questions is the larger one about Israel’s political strategy vis-a-vis its conflict with the Palestinians.” He also criticized Palestinian violence.

Netanyahu slapped down Shapiro, calling his observations “unacceptable and incorrect”, he added, “Israel enforces the law for Israelis and Palestinians.”

A former aid to Netanyahu went on Israeli television on Tuesday and put Shapiro down as a yahudon or “little Jew boy,” a deeply offensive epithet used by some far rightwing Israelis to characterize diaspora Jews they view as insufficiently Jewish or insufficiently supportive of Israel.

Then yesterday the Netanyahu government made Shapiro’s point for him by announcing that it will steal 350 acres of Palestinian land near Jericho in the Jordan Valley.

So, to summarize: Netanyahu tried to humiliate the president of the United States by addressing Congress and urging it to overturn Obama’s Iran negotiations. Then when he was defeated he turned around and demanded extra billions in military aid. He and his friends insulted Ambassador Shapiro for daring criticize their vast land thefts and Jewish-only colonial policies in Palestinian territory. Then they barefacedly announced that they are in fact going to steal another 350 acres from Palestinian owners.

Not sure if their shoplifting that land requires that we give them yet more billions.