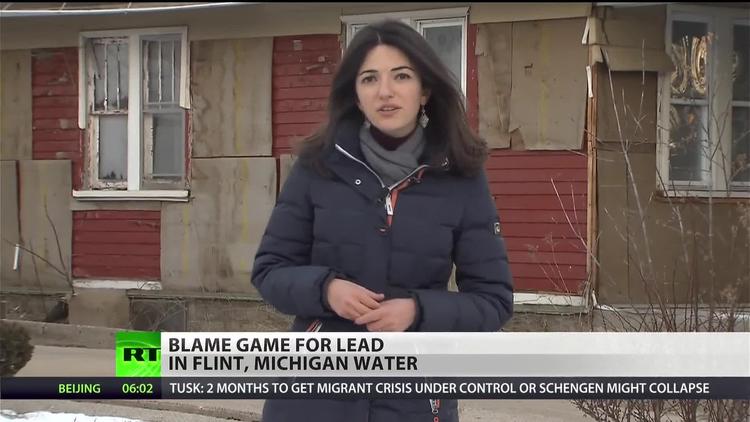 Perhaps it is inevitable but it is a shame that some people are gaming out how to profit politically from the lead poisoning of the children of Flint, Michigan (pop. 99,000). In the state capital, the Establishment is trying to blame the crisis on “government” or “bureaucracy,” to reinforce the Reaganite message that government is the problem, not the solution.

In his state of the state address, Gov. Rick Snyder said that the people of Flint had been let down by their government at all levels, city, state and Federal. State workers were furious, perceiving that the governor had in effect blamed them for the debacle.

In fact, Flint’s water had been fine under non-colonial, elected government. It was supplied by the Detroit Water and Sewage Department from Lake Huron and was treated.

But Snyder’s rather arrogant state government delights in using the prerogative established in Michigan law to take over a city and set aside its elected officials. In highly racially segregated Michigan society, this measure typically entailed white politicians from the center and west of the state appointing mini-dictators to take over cities with a big African-American and working class population, with the Victorian implication that the latter couldn’t properly govern themselves. [By 2013 half of Michigan’s African-Americans lived under an appointed Emergency Manager.]

So Snyder staged a coup in Flint and appointed a city caretaker,or Emergency Manager, one Ed Kurtz, depriving the citizens of their voting rights. And Snyder’s appointee decided that a little money could be saved by switching the city’s water source from the Detroit Water and Sewage Dept. to the local Flint River. DWSD complained bitterly about Kurtz setting the two cities against one another. [The decision was implemented by Kurtz’s successor as EM.)

[Emails just released admit that the decision was ultimately signed off on by then State treasurer Andy Dillon, but I can’t imagine he initiated the policy:

Ed Kurtz and Andy Dillon were both appointees of the Governor. So I don't see how this helps Snyder too much. https://t.co/8q5W4Fbej7

Flint River is full of highly corrosive chemicals and would have needed to have a purification plant operating for it to supply safe tap water. But since the whole policy was to save money, the small amount needed to put in water purification was not spent for that purpose. When the corrosive waters of the Flint River flowed through the city’s old, lead pipes, they ate into the pipes and released lead into the drinking water.

It is really bad to drink a lot of lead. It is especially bad for children. It can affect intelligence, cognition, self-control– for the rest of their lives.

Even when evidence began getting back to the state that there were high levels of lead in the bloodstreams of Flint children, nothing was done, what with all the money being saved on water and all. [The Emergency Manager called a Flint city council vote to go back to Detroit-provided water “incomprehensible”]

So this is a story of arrogance and then stonewalling and foot-dragging. It is a story of how democracy was set aside in favor of a kind of colonialism, where the governor appoints an unelected viceroy. It is a story of how technocrats from Lansing thought they knew what was best for locals. It is a story of Neoliberalism, of exalting the market as a golden calf that must be worshiped even if the people have to be sacrificed to it. Reducing the cost of government by appeal to market ways of saving money has been taken to the point where it sickens the people being governed; they just aren’t the important element of this equation.

But what is really interesting is the language around these dire mistakes. Many news reports have said with a straight face that “the city” of Flint switched the source of water to the Flint River. But while the Flint mayor went along with the Emergency Manager, it was Kurtz who was the decision-maker here.

The “city” of Flint had been overthrown in a coup and wasn’t in a position to make such decisions.

Then in his address, Gov. Snyder said that Flint had been failed by “government.”

But “government” did not make the decisions here. Snyder’s appointee did. Elected
government of a local sort was abrogated by Snyder. Now he is blaming “government” for doing a bad job.

Government in fact generally does a good job, and is as efficient or more than most large corporations. Moreover, unlike the private sphere, government is typically responsive to the voters. Except where it has been set aside.

The GOP in Lansing is therefore trying to spin their own mistakes as the mistakes of ‘big government’ or of ‘the bureaucracy:’

“Senate Majority Leader Arlan Meekhof, R-Olive Township, used the speech as an opportunity to push for government reforms, saying in a prepared statement released after Snyder’s speech, “Bloated, unresponsive bureaucracy does not meet the needs of our citizens.”

Senator Meekhof needs to understand that Flint needs more and better government now, not less. The city’s pipes have to be re-done. And its children will need special medical care and education measures for years.

What Flint needed was not a slimmer government but the right to make its own decisions via its own elections. Government was not the problem– the penny-pinching of an appointed viceroy was the problem.

Government *can* be the solution to some problems, and must be in this instance.