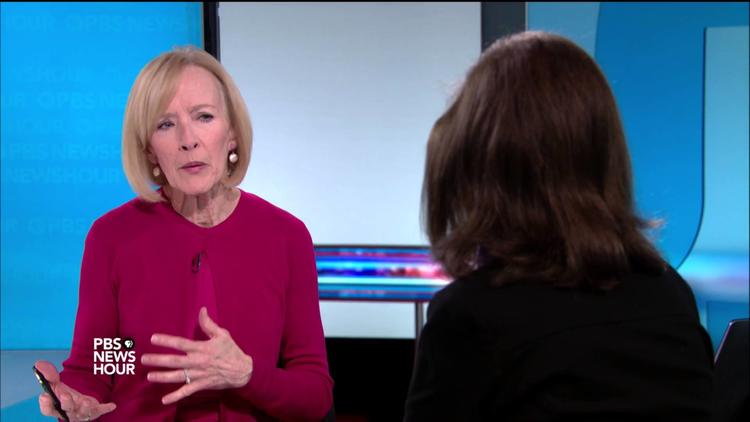 Why did two U.S. Navy boats drift into Iranian waters? And why was it so easy for Iran to capture them? The best explanation is that the Riverine Command Boats—repurposed for freedom of navigation (FON) operations at sea—ran out of gas. The images of our sailors held at gunpoint embarrassed Democrats and outraged Republicans.

Questions abound about how the two small craft got into trouble and how they got out. The Navy mumbled some implausible excuses and the media have been incurious. Apparently the boats expected to be refueled midway through their trip from Kuwait to Bahrain but missed their rendezvous with the supply ship. It looks like somebody screwed up.

The Navy at first said the boats were on a “training mission,” but they passed very near Iran’s Farsi Island, right in the middle of the Persian Gulf. The direct and safer route would have been closer to the Saudi Arabian shore. That they “drifted” inside the 12-nautical-mile territorial limit surrounding Farsi Island suggests that they were on a FON or reconnaissance operation deliberately close to the island.

The Navy’s initial story—mechanical breakdown—makes no sense. If one boat broke down, the other would have towed it away from Farsi, which is near the midpoint of their intended voyage. Did the two boats suffer simultaneous mechanical breakdowns?

The boats, made in Sweden and used by several countries, are fast and highly maneuverable. Their V8 diesel engines give them a top speed of 40 knots (46mph). At a slow 20 knots, they have a range of 275 miles. With the longer course they took and at high speed they would have needed refueling at least once.

Did the Iranians refuel the two U.S. boats before they departed on their own power? Were their tanks empty? Tehran won’t say, but an invoice for fuel would be a sly dig at the competence of the U.S. Navy. The “debriefing” of the 10 sailors took unusually long and kept them away from the media until the Navy could construct a sanitized version of events. Are the sailors subject to non-disclose orders?

The Navy claims it received no distress calls from the two boats. Is this credible? With either a breakdown or low fuel, the boats would have frantically signaled for help. Did both their radios fail simultaneously? What was the name of the resupply vessel, and was it where the two boats expected it? All Navy vessels have highly accurate GPS systems. Did these devices malfunction (unlikely), or were the vessels mistakenly given different map coordinates for the rendezvous? As they say, never attribute to conspiracy that which can be explained by stupidity.

Defense Secretary Carter immediately tried to minimize the incident as a “navigational error of some kind”—which would include a missed rendezvous. The Navy lieutenant in charge of the boats admitted his navigation system showed they had entered Iranian waters but that he made a mistake and continued. Either way, why didn’t the boats scoot when Iranian boats approached? The U.S. craft are faster than anything Iran has. If they don’t run out of fuel.

Apparently the boats were dead in the water when they were apprehended by the Iranian Revolutionary Guard, the elite fighting force that hates America and has a naval base on the tiny island. Things could have gotten really ugly, and the Guard initially accused the Americans of spying. So why did they just keep them overnight and serve them dinner. (Was it any good?)

Clearly, word came from very high up to let them go, possibly from Supreme Leader Ayatollah Khamenei, who is in charge of everything important in Iran, including the Revolutionary Guard. President Rouhani and American-educated Foreign Minister Javad Zarif report to Khamenei. Secretary of State Kerry is probably right that the nuclear deal altered Iranian attitudes. He immediately phoned Javad Zarif, with whom he negotiated the deal. Kerry noted that Iran was “days away” from fulfilling its obligations under the deal and getting some of its $150 billion in frozen assets. Tehran does not wish to jeopardize this.

Some Iran-watchers urge looking for small indicators of diminished Iranian hostility. Verbal hostility will keep flowing to satisfy Iranian militants. The fact that Iran agreed last year to join talks in Vienna to settle Syria’s political future is a step. Little may come of the talks, but Tehran’s presence at the same table as the U.S. suggests some diplomatic normalization.

Fittingly, Navy Ensign John Kerry commanded a Swift boat in Vietnam—a precursor to the new Riverine craft—which was held against him in the 2004 election. In getting the U.S. sailors promptly released he has come full circle. The Republicans began to Swiftboat the Obama administration for not responding with force, but diplomacy worked overnight, indicating that both countries wanted it to work. Maybe the Saudis are right that a U.S.-Iran rapprochement is building.

Michael G. Rosking has been a Professor of Political Science at Lycoming College since 1972 and has authored five political science textbooks. Professor Roskin earlier worked as a newsman and foreign service officer for the U.S. Information Agency before earning a Ph.D. in international studies at American University.