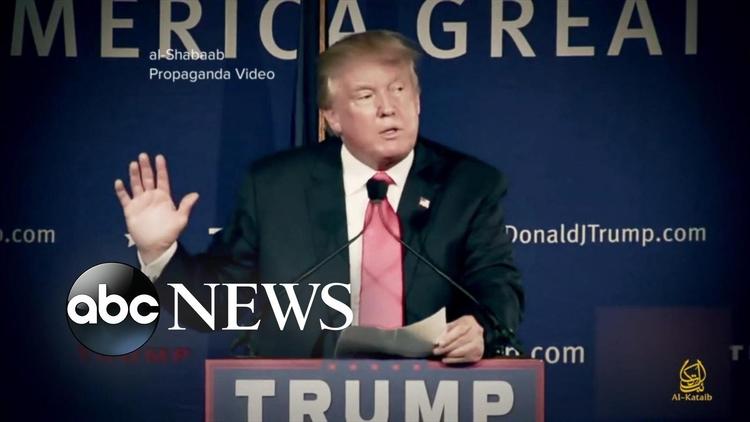 The foremost academic expert on Daesh (ISIS, ISIL) and Muslim radical thought, Will McCants at Brookings, tweeted out late Friday:

This development was to be expected. Very large numbers of people in the Middle East have been warning that Trump’s hatred of Muslims was an aid to the radicals. People with black and white points of view feed off one another.

Kuwaiti Muslim Brotherhood “televangelist” Tareq al-Suwaidan, one of the more popular speakers in the Arab world, said recently that Daesh and Trump both spread hatred, and that Muslims and Christians had a duty to reject both.

But this is a commonplace. Secular Egyptian academic Muhammad al-Kamal wrote in the relatively liberal al-Misri al-Yawm that Trump and his European far right wing counterparts are the Western equivalents of Boko Haram and Daesh. Al-Kamal is a faculty member at the Finance and Economics Institute at Cairo University.

Indeed, one of the functions Trump now plays in the Middle East is one of relieving thinkers in the region of the embarrassment that it produces extremists. America, they are saying, also produces extremists willing to take extra-constitutional measures on nativist grounds to persecute the Other. Given the extremists produced by Europe in the 20th century, there was never any reason for people in the Middle East to be blamed for some sort of negative exceptionalism. But now in any case they have a snappy comeback if any Western right-winger brings it up.

Democratic presidential candidate Hillary Clinton stirred controversy with her allegation in the last debate that radical Muslim groups were showing people Islamophobic Donald Trump videos. He, and much of the US press, insisted that there was no evidence for this charge. Many high-powered journalists appear to have misheard Sec. Clinton as having alleged that these groups had produced videos with Trump clips embedded. That isn’t what she said. She just said that they were showing potential recruits some of the many outrageously bigoted Trump clips that are, e.g., on YouTube. In my view, Sec. Clinton got trapped in a rhetorical device– she probably just wanted to say that hatred of Muslims in Trump’s discourse was useful to the radicals, whose message is that the West wants to destroy Islam and enslave Muslims. The latter is a perfectly reasonable fear, but the way she put it left her open to criticism.

I wrote at the time:

“I do not know if it is true that Daesh is showing people Trump videos. I’d say it is unnecessary. Trump’s message is being widely broadcast in the Muslim world, on television news shows, on radio, in newspapers, and on social media. Daesh wouldn’t have to lift a finger to make sure most Muslims heard that Trump wants to close mosques, considers Muslims terrorists until proven innocent, and wants to ban them from entering the United States. Most Americans have no idea how saturated Arab media is with US politics and culture. On Alarabiya in Arabic (Dubai) I just saw a news clip about the Clinton -Trump tiff over Islamophobia and Daesh, followed by a piece on Star Wars along with a review. Then the news veered off toward important subjects such as the carnage in Yemen and Syria on the ground.

Sec. Clinton’s overall point is correct. Daesh is attempting to convince mainstream Muslims to join a holy war against the United States on the grounds that the US hates Muslims and is persecuting them and wants to wipe them out. Most mainstream Muslims, however much they dislike US foreign policy on issues like keeping the Palestinians stateless and allowing Israel to steal their land and homes, know very well that most Americans have nothing against Muslims.”

Al-Shabab has just ex post facto vindicated Sec. Clinton and removed a talking point from the Trump supporters, though no doubt they’ll find a way to spin this development (or simply deny it; they have a fragile hold on reality).

But in any case there was never any doubt that other people’s extremism always impels nativist extremism. Extremists want us to hate and to cower in fear. The only way to defeat them is to be tolerant and courageous.