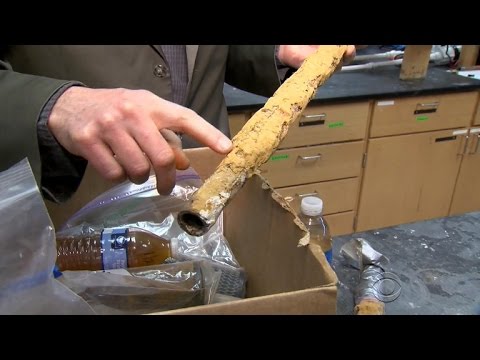 Democratic presidential hopeful U.S. Sen. Bernie Sanders on Saturday called on Michigan Gov. Rick Snyder to resign for his administration’s failure to deal with a lead-poisoning crisis that has sickened thousands of children in Flint, Michigan.

“There are no excuses. The governor long ago knew about the lead in Flint’s water. He did nothing. As a result, hundreds of children were poisoned. Thousands may have been exposed to potential brain damage from lead. Gov. Snyder should resign,” Sanders said.

Problems with Flint’s public water system date to a decision nearly two years ago by a receiver, appointed by the governor, who decided to cut costs by drawing the city’s drinking water from the polluted Flint River instead of from Lake Huron.

The governor and other state officials knew – but did not acknowledge until last fall – that the river water was corroding pipes and causing lead to leach into the drinking water. The decision not to add chemicals to prevent corrosion of the pipes was made at the direction of the governor’s Department of Environmental Quality. The state health department in Michigan apparently knew about elevated lead levels in the blood of children but did not warn the public.

“Because of the conduct by Gov. Snyder’s administration and his refusal to take responsibility, families will suffer from lead poisoning for the rest of their lives. Children in Flint will be plagued with brain damage and other health problems. The people of Flint deserve more than an apology,” Sanders said.

City official were under renewed fire on Friday for sending out shut-off notices to residents who are behind on paying their water bills.

Slammed as “ludicrous, the move comes as Republican Governor Rick Snyder finally asked President Obama to step in and declare a federal state of emergency.

The Michigan attorney general and the federal Justice Department are also investigating whether any laws were broken.