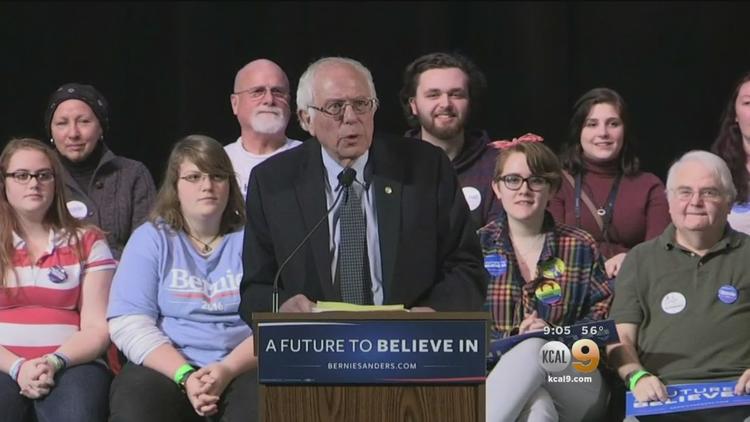 With nations first caucus less than two weeks away, poll shows Sanders making gains for strong proposals like Medicare for All and holding Wall Street accountable.

According to the CNN/ORC poll, Bernie Sanders’ success in Iowa is because his economic message resonates with Iowa residents. (Photo: Matt Rourke/AP)

According to the new CNN/ORC poll, Sanders is leading Clinton in Iowa 51% to 43% among likely Democratic presidential caucus-goers. The poll noted its margin of error at +/- 6.1 percent.

Conducted from Jan. 15 to Jan. 20, the poll is most significant for showing the dramatic swing which has occurred since the same survey was conducted at the beginning of December. At that time, Clinton was ahead by more than 20 points (54% to 36%).

There was also a big swing regarding who voters trusted most on specific issues. With a prominent disagreement over the need for healthcare reform surfacing this week in which Sanders defended his proposal to create a Medicare for All program from attacks by the Clinton campaign, one twitter user pointed out how Iowa voters now trust Sanders much more on dealing with the nation’s healthcare challenges:

A big change in CNN’s Iowa polls: Clinton was judged to be best on health care 63-31, now it’s Sanders 51-45. pic.twitter.com/im9wwTSzNX

Additionally, the poll found that Iowans now trust Sanders over Clinton on the economy by 22 points (58% to 36%). Meanwhile, 67 percent of those surveyed said they thought Sander’s policies would help the middle class, while only 30 perecent felt the same about Clinton.

The other key metric which showed a dramatic reversal was the way in which individuals think Sanders does a better job of representing their own personal values as Democrats. Though Clinton held a 46% to 44% lead in that category in December, Sanders has now blown past her — with 57 percent surveyed saying he more closely represents their views, compared to just 38 percent for Clinton.

As progressive advocate Jim Hightower observed in his column on Thursday, “something is happening” in the country when it comes to the Sanders’ presidential run. Hightower describes the campaign as “a spontaneous, unusually vibrant grassroots uprising that has already shattered the Democratic Establishment’s holy myth that corporate centrism and super PAC money are the only means to victory.”

That said, and even as her lead slips in state after state and across the country, Clinton remains the national frontrunner. Even among those Iowa voters in Thursday’s CNN/ORC poll, Clinton was still seen as the Democratic candidate most likely to win the general election in November.

So can Sanders actually win? That remains the outstanding question, but is one that more and more people are asking with increasingly serious faces.

As Bob Burnett said in his Common Dreams op-ed on the subject today, “I’m beginning to believe.”