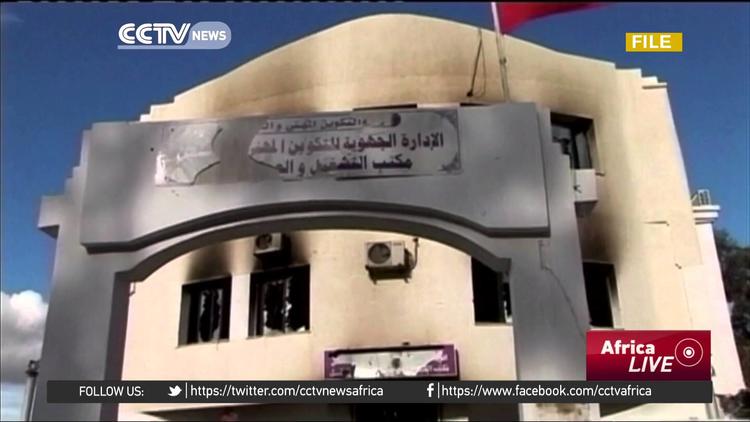 The tumultuous developments that have rocked the Arab world and have come to be known as the Arab Spring resulted in the toppling of the first Arab ruler on 14 January 2011, exactly five years ago today. The Arab revolutions have not turned out as expected, but they are still unfinished business and still have a long way to go before one can judge their final outcome. President Nixon is reputed to have asked the Chinese leader Mao Zedong what he thought of the French revolution. He replied that it was too early to judge. Surely when the current revolutions and uprisings are still continuing in various Arab countries, it is too early to dismiss them as failed experiments.

First of all, we in the West who have been calling for the spread of democracy in the Middle East cannot but be happy and excited about the uprising of Arab masses against dictatorial regimes. Whatever the final outcome of these uprisings, they testify to the arrival of a new generation, new voices, and new aspirations onto the region’s social and political stage.

During the early days of those revolutions, some pundits in the West compared them to the 1989 moment of the fall of communism and the spreading of democracy in Eastern Europe. Others compared them to the 1978-9 Iranian Revolution that resulted in the creation of a theocracy. However, those uprisings have their own characteristics and will develop in different ways.

Various international and domestic factors have conspired to distort the nature of those uprisings. In Bahrain, the intervention of Saudi forces crushed the movement for greater democracy. In Egypt, after a short-lived experiment in democracy, President Morsi who was the first Egyptian ruler in history to be elected to office was toppled by a military coup. In Libya, the foreign invasion killed the Libyan dictator Mu’ammar Qadhafi, but left a vacuum that has been filled by various extremist and terrorist groups, turning Libya into a failed state. In Syria, a violent response to peaceful demonstrations was followed by foreign support for insurgents and terrorists, which has produced carnage, displacement of millions of people and the biggest refugee crisis since the Second World War. However, in Tunisia where the uprisings started, there have been some hopeful signs that the worst scenarios have been avoided and the country is on the path to democracy.

The revolution in Tunisia started on 18 December 2010 when an unemployed young man called Mohamed Bouazizi, who as the sole income earner for his extended family had become a street peddler, was insulted and beaten by some police officers and in protest he set himself alight. His self-immolation led to widespread protests that less than a month later forced the Tunisian dictator, Zine El Abidine Ben Ali to flee the country on 14 January 2011.

Protests spread like wildfire, first to Egypt that toppled Hosni Mubarak on 11 February 2011, and later to practically all other Arab countries. The uprisings alarmed the traditional classes and the unelected rulers of various Arab regimes who felt that they were next in line. They also alarmed the West, which had many interests in different Arab countries. The importance of those countries to the West varied greatly, but practically all of them were of some significance for the West.

Tunisia’s importance was in the fact that it was one of the most Westernized countries in the Arab world with strong links to France. It also set a pattern and provided an impetus for revolution, and also encouraged uprisings in Algeria and Libya and to some extent in Morocco.
Egypt’s significance was due to its cultural and intellectual influence in the Arab world, and its moderate role in the Arab-Israeli conflict. Also, the Suez Canal is of great international strategic importance. Some 7.5 percent of all the world’s trade (and a much higher perception of seaborne trade) and over 4% of world petroleum trade passes through the Suez Canal.
Yemen’s importance rested in the fact that, as one of the poorest countries in the Arab world, it had become a base for al-Qaida sympathizers. As it neighbors Saudi Arabia, with shared loyalties across the border, the Saudis worried that Yemen’s uprising might spread to their country, and this is why for the past ten months the Saudis have been carrying out vicious airstrikes against Yemen, which have already killed more than 5,000 people, have wounded many more, and have displaced a large section of the population.

Bahrain’s importance lies in its strategic position as it provides the base for the US Fifth Fleet.

Jordan’s importance was due to its closeness to Palestinian territory, and also because if King Abdullah fell, it would set a pattern for other Persian Gulf monarchies, as well as having repercussions for the Arab-Israeli conflict.

Libya’s importance was due to its large oil reserves and the role that Qadhafi played in supporting the African Union and also calling for a gold currency to replace the U.S. dollar.

In this short article it is not possible to explore the causes of the Arab uprisings, but it is important to see those revolutions not as isolated events, but as a response to many earlier developments that had affected the Arab world and had forced the Arab masses, after many decades of inactivity, to burst out in revolutionary fury. To understand the present and the future, we must consider the past. So, here is a list of some of the major events that have had a profound impact on the Middle East and especially on the Arab world during the past century:

4- The rise of the Soviet Union and China: The fourth development was the rise of Soviet, Chinese and above all US superpowers that replaced the earlier European powers. The rivalry between the East and the West produced the Cold War, with the possibility of the annihilation of the entire human race. At the same time, the two superpowers replaced the earlier colonial powers, with some countries falling under the domination of either America or the Soviet Union.

5- The fifth development was the establishment of the state of Israel: The creation of the state Israel in 1948 introduced a new country and a new nation to the Middle East, which has given rise to various Arab-Israeli wars in 1948, 1967, 1973, the invasion of Lebanon in 1982 and again in 2006, and repeated attacks on Gaza in 2006, 2008, 2012 and 2014. The expansion of Israeli settlements in occupied Palestinian lands and the West’s inability to stop them has given rise to deep resentment and humiliation among Palestinians and Arabs as a whole.

6- Competition for oil: The sixth development was the competition over oil by various Western countries, which resulted in the transfer of huge wealth from the West to the pockets of a few autocratic rulers supported by the West. After the Second World War a tacit agreement was reached between the US, a democratic republic, and Saudi Arabia, a fundamentalist dictatorship. The Saudis agreed to supply oil at reasonable prices in return for US support for the Royal family regardless of its internal repression and extremist ideology. That tacit agreement is still in place.

7- The Islamic Revolution of Iran: The seventh development was the 1978-9 Islamic Revolution in Iran, which managed to topple one of the strongest pro-Western governments in the Middle East. The fact that the revolution was based on religion meant that it was the first time in the modern period that a revolution had succeeded in the name of Islam, and was not affiliated or supported by either the West or the Soviet bloc. It also encouraged other Islamic people to make use of Islam as a political tool in order to achieve their political aims.

8- The Soviet Invasion of Afghanistan: The eighth development was the Soviet Invasion of Afghanistan in December 1979, which for a time threatened Western access to the Persian Gulf oil and the expansion of the Soviet Union at the expense of the West. The West organized and supported the Afghan Mujahedin (holy warriors), which ultimately led to the withdrawal of Soviet forces from Afghanistan. Soviet defeat in Afghanistan was one of the main factors that revealed Soviet weakness and led to its collapse a few years later. At the same time, it unleashed new militant and fundamentalist Islamic groups that engaged in terrorism, which has continued to the present time and which has reduced most of the Middle East to rubble.

10- The First Gulf War: Iraq’s invasion of Kuwait on August 2, 1990 led to a war (the so-called Operation Desert Storm), waged by a coalition of Western and Arab forces, led by the United States and Britain, which ousted Iraqi forces from Kuwait in February 1991. Many believe that Operation Desert Storm was the event that signaled the real end of the Cold War and the emergence of a unipolar world dominated by the United States.

12- The invasion of Afghanistan and Iraq: The 12th development was the so-called “War on Terror”, the invasion of Afghanistan and Iraq, and the attempts by US neoconservatives to destroy the existing political order and create a new Middle East. This entailed spreading democracy with the barrel of a gun and attacking not only the terrorists, but the countries that allegedly supported them. It gave rise to the doctrine of preemption and unilateralism.

13- The Economic Recession: The cost of those wars, as well as insatiable greed and unregulated capitalism, gave rise to the worst economic Recession since the Great Depression. It led to a big rise in unemployment, to widespread discontent, to a loss of faith in capitalism, and even doubts about the inherent superiority of Western democracies. All of these have created a crisis in world capitalism and great uncertainty in the Middle East.

14- The backlash: What we are seeing now is perhaps more than anything else the backlash to a long period of Arab weakness and subjugation and Western domination of the region. We are witnessing the movement of huge tectonic plates that will affect the future of the Middle East and the rest of the world for many decades to come.

Many western statesmen who seem to welcome these changes must be aware that in the minds of many people in the Middle East there have been long and close ties between the West and “stable” autocracies in the Arab world. Therefore, behind Western welcome for change there is the unspoken concern that democracy would be messy and discomforting, and therefore they speak about the need for “managed democracy”.

These are some of the forces pulling the people in the Middle East in different directions. On the one hand, there is a great longing for freedom, democracy and economic development among many people in the Middle East. On the other hand, the uprooting of the old order has resulted in a great deal of chaos, which has made it difficult to see the shape of the order that will emerge in the future.

The people in the Middle East have been caught between three major forces, the dictators, the Islamists and chaos. Western policies in the Middle East have certainly not helped, but if various Middle Eastern nations are to shed the yoke of both the dictators and the Islamists and not fall victim to chaos, their only option is to turn towards greater democracy, human rights, economic development and religious and sectarian coexistence and tolerance. How long this process will take before the people in that region can find their own versions of the Reformation and the Enlightenment and can establish a form of democracy that is more in keeping with their traditions, remains to be seen.

Farhang Jahanpour, a Fellow of The Royal Asiatic Society, is a former professor and dean of the Faculty of Foreign Languages at the University of Isfahan and a former Senior Research Fellow at Harvard University. He is a tutor in the Department of Continuing Education and a member of Kellogg College, University of Oxford