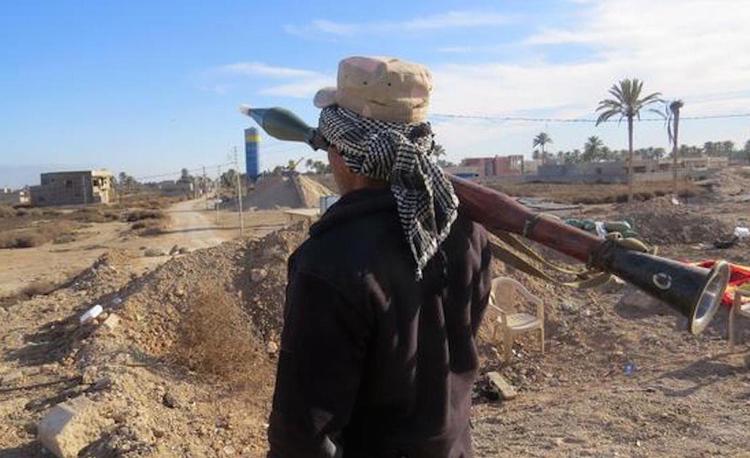 The rise of [the so-called] Islamic State [group] (IS) has reaffirmed what al-Qaeda and the Taliban proved last decade: strategic communications, particularly counter-propaganda efforts, remains one of the key weaknesses of Western counter-terrorism and counter-insurgency strategy.

It is just plain embarrassing that al-Qaeda is better at communicating its message on the internet than America. As one foreign diplomat asked a couple of years ago: “How has one man in a cave managed to out-communicate the world’s greatest communication society?”

The world now faces an even more sophisticated foe. The IS propaganda machine has eclipsed its predecessors and peers in its reach, resonance and relevance to local and transnational audiences.

The pull of IS propaganda and its ability to mobilise supporters is reflected in some disturbing trends. In the same year that IS lost almost 13,000km² of territory across Syria and Iraq, the number of foreign fighters it attracted reportedly doubled.

Official IS wilayats (provinces) have emerged in Africa, the Middle East, Europe and Asia. A study of Islamist-inspired terrorist plots in the West between January 2011 and June 2015 revealed that of 69 plots, 30 had an IS connection. Twenty-six of these occurred between July 2014 and June 2015.

IS plots were almost twice as likely to be executed compared to non-IS-connected plots. This is despite most perpetrators having not met or communicated with IS leaders.

How broader communities perceive the IS threat is also indicative of the potency of the group’s propaganda. In Afghanistan, where IS’s Wilayat Khurasan has attracted disgruntled locals and former Pakistan and Afghan Taliban members, an Asia Foundation survey found that 54.2% of respondents who had heard of IS believed that the group posed a current or future threat to their district.

Even in the US, where attacks by militant right-wingers are more frequent than those by jihadists, IS regularly dominates domestic security discussions. IS’s propaganda campaign has been a crucial driver of these trends, but so too has been the failure to counter it effectively.

Having analysed Arabic and English IS communiques and interviewed dozens of locals from the Middle East and South Asia who are battling IS media, it is clear that a potent strategic logic is driving the group’s propaganda campaign.

The overarching purpose of IS messaging is to shape the perceptions and polarise the support of contested populations – friends and foes alike. It achieves this by producing communiques that appeal to its audience’s rational-choice and identity-choice decision-making processes.

IS’s propaganda trademark may be identity-choice appeals that call for fellow Sunnis to join “their” caliphate and follow “true” Islam. However, rational-choice appeals (cost-benefit considerations), especially those that highlight IS’s politico-military successes versus its opponents’ failures, feature prominently in IS messaging.

By interweaving rational- and identity-choice appeals in its messages, IS is aligning powerful decision-making processes in its audience. This may help explain the seemingly rapid radicalisation of its supporters.

Furthermore, IS propaganda lures both friends and foes into disproportionately focusing on the group’s strengths and overlooking its weaknesses. At the same time, it exaggerates the perceived weaknesses of anti-IS forces and disparages their strengths.

To further boost these dynamics, IS’s rational- and identity-choice appeals are packaged in messaging that address a variety of themes. The result is a propaganda campaign that is strategically calibrated to leverage powerful psychosocial forces in its target audiences.

Tangled in the propaganda trap

It is soothing to believe that the appeal of IS propaganda is due to slick production, social media and extreme violence. But such views help reinforce misinterpretations of violent non-state political movements as comprised of only irrational actors driven by zeal and bloodlust.

If true, flashy pictures and gore delivered instantly over the internet would appeal to such savages. But this phenomenon is more complex, the reality more disturbing and the enemy more sophisticated than that.

As a member of the Syrian opposition warned me, IS uses propaganda to coax its enemies into misguided politico-military and strategic communications efforts. We keep getting snared in IS’s traps because the field has not developed a nuanced understanding of both the top-down strategic logic of extremist propaganda and the bottom-up dynamics of how audiences perceive and respond to such messaging.

Given the immense military and financial pressures IS is facing, expect it to rely increasingly on a fusion of asymmetric combat operations and targeted propaganda to sustain its slogan: remaining and expanding.

Some will take solace from these strategic shifts as indicators of a weakening IS. But, as last year proved, such changes do not necessarily mean IS’s appeal will diminish – nor that attacks like Paris or Jakarta will cease. The opposite may prove true.

The Young Turks: “UN Report: ISIS May Be Guilty Of Genocide”